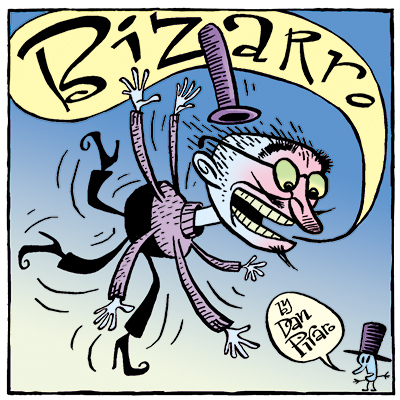 (Be ye desirous of embiggenation, clicketh upon yon psychos henceforth.) 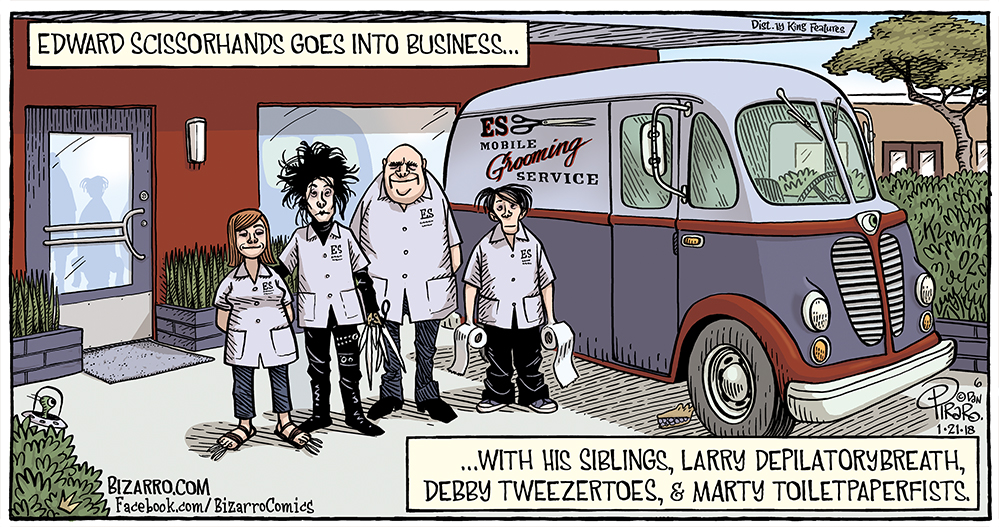 Bizarro is brought to you today by Awkward First Dates.

I confess I’ve not actually seen the movie I referenced in this cartoon. I’ve long been fascinated by the imagery but haven’t the foggiest idea how a guy with 12 lbs. of blades growing out of his hands is explained in the movie. Since my joke is mostly just a satire of his name, it probably doesn’t matter if you’ve seen it or not.

I got a big kick out of drawing these freaky characters, as well as the vintage-looking panel truck. I’ve always wanted an old commercial truck like that but have never gotten around to making it happen. Nor will I. For most of my life, I’ve had a mental list of things I would have if I was rich. Since I’ve never gotten rich and my prospects of doing so are getting slimmer by the day, I’ll never know how many of the things on that list I would have actually procured. I’d likely have picked up a few vintage motorcycles and maybe a stereotypical hotrod from the 50s and 60s, but other than that, probably not much. I just don’t have a collector’s mentality.

The rest of the cartoons from the week are Wayno’s with varying amounts of collaboration with me. 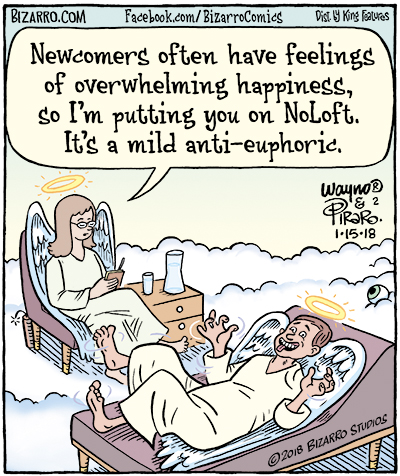 I love this “NoLoft” gag, which was Wayno’s idea. I remember making some suggestion about the exact wording but can’t remember what now. I took Zoloft for around 20 years but, I’m happy to say, am now living free of all prescription drugs. In the end, I beat my depression, anxiety, and irritability with a combination of meditation, cannabis, and a conscious effort to ignore negative thoughts and replace them with thoughts of gratitude. I know it sounds cheesy, but it works and I’ve been living relatively symptom-free for a couple of years now. 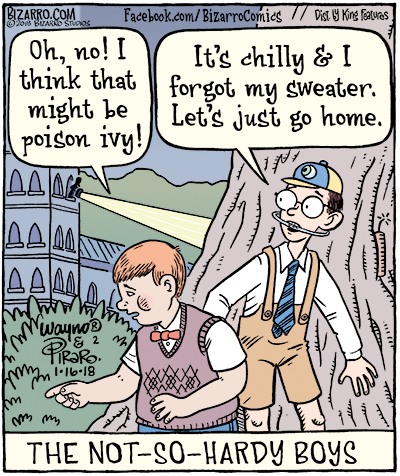 I’m an avid reader as an adult but I didn’t start that habit until I was in my early 20s. As a kid, if I wasn’t outside, I was drawing or painting and had almost no interest in reading whatsoever. I would buy comic books, but only to look at the art and improve my superhero drawing skills. I never cared a whit about the storylines. I do seem to recall, however, one called The Hardy Boys and the Case of the Rockstar Sleepover, but I might just be confusing it with news stories about Michael Jackson. 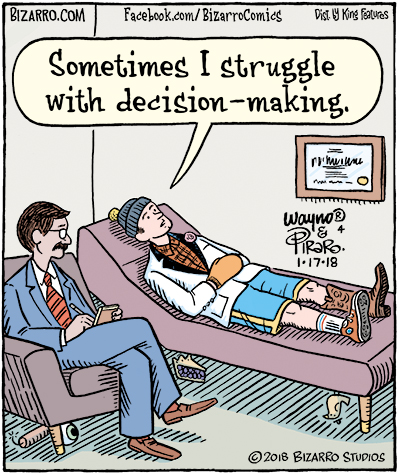 There was some discussion about whether the therapist should be wearing a vest or a sweater or a sweater vest, but we couldn’t decide so Wayno just drew him with a suit. 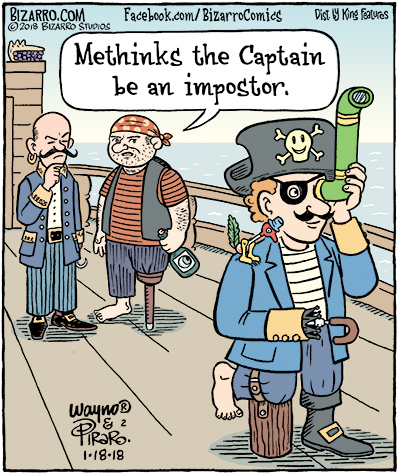 When I was a kid, I had one of those green things he’s holding in his hand. Not the toy periscope thing that the captain is holding, the bottle of rum that the other pirate is holding. It was one of my very favorite toys because it made all of my other toys seem more interesting. 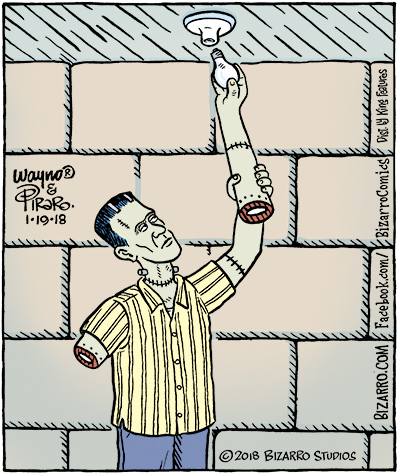 This particular biological feature of Frankenstein’s monster is also very handy (literally) when he needs to scratch the middle of his back or punch someone who is just out of reach. On a side note, I like that Wayno drew him wearing one of those shirts that The Beach Boys used to wear. 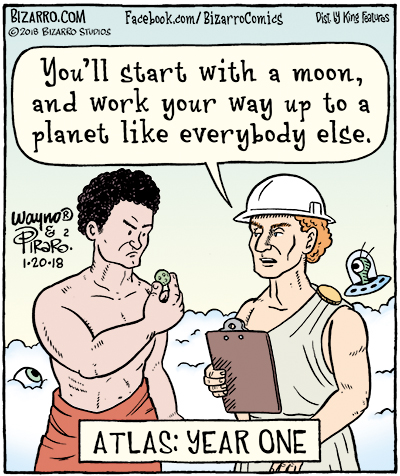 Thanks to the efforts of NASA, we now know that Atlas is not holding up the Earth. Unless, of course, NASA just photoshopped him out of all the pics and videos. Which would be just like them.

That’s this week’s roundup, Jazz Pickles. I’m actually writing this from an undisclosed location while I’m on a long-overdue vacation, just so you know how much I care. Hope you enjoyed it. I highly recommend you check out Wayno’s social media stuff, including his weekly blog roundup featuring his take on this week’s cartoons.

See you around the kartoon kastle, kids.