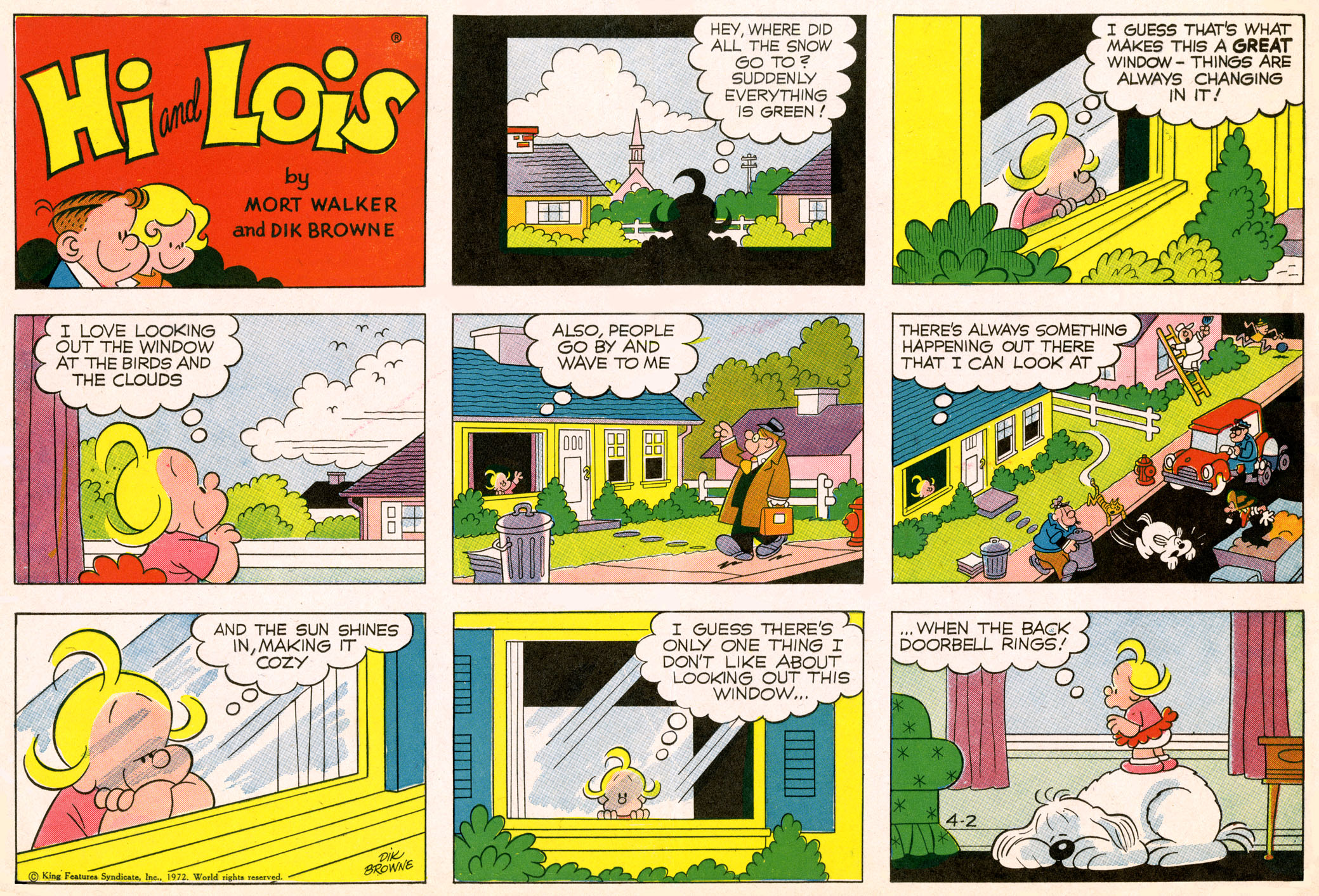 We have traced the origins of Trixie’s sunbeam in previous posts. Here is a link for an early Sunday page from 1959 that shows one of the first uses of this popular theme: http://hiandlois.com/2013/05/23/trixies-sunbeam/

A variation on the recurring sunbeam gag is the picture window that Trixie looks through to observe the outside world. The episode above is a classic example of this scenario.

The Flagston home is a typical mid-century style ranch house. Picture windows were architectural features on dwellings built from the late 1930s on. Many of the postwar housing developments offered affordable homes with large picture windows.

Trixie is usually shown indoors. She occasionally gets to accompany her mother on shopping trips or excursions to town and school to pick up her siblings. But most of the time, she is housebound.

She watches the weather, the kids playing in the backyard, Mr. Thurston snoozing next door and the rest of the passing parade through the large picture window in the Flagston living room. Dawg, who likes to snooze in that spot, is often her companion.

This page showcases a number of Dik Browne signature touches. The silhouette of Trixie in the second panel, the wave exchange with a pedestrian in the fifth panel, the spectacular aerial view in the sixth panel and the hilarious balancing act in the closing panel are all trademark compositions by this gifted cartoonist.

Next week we will continue our Timeline series with another memorable episode from 1972, so be sure to check back.