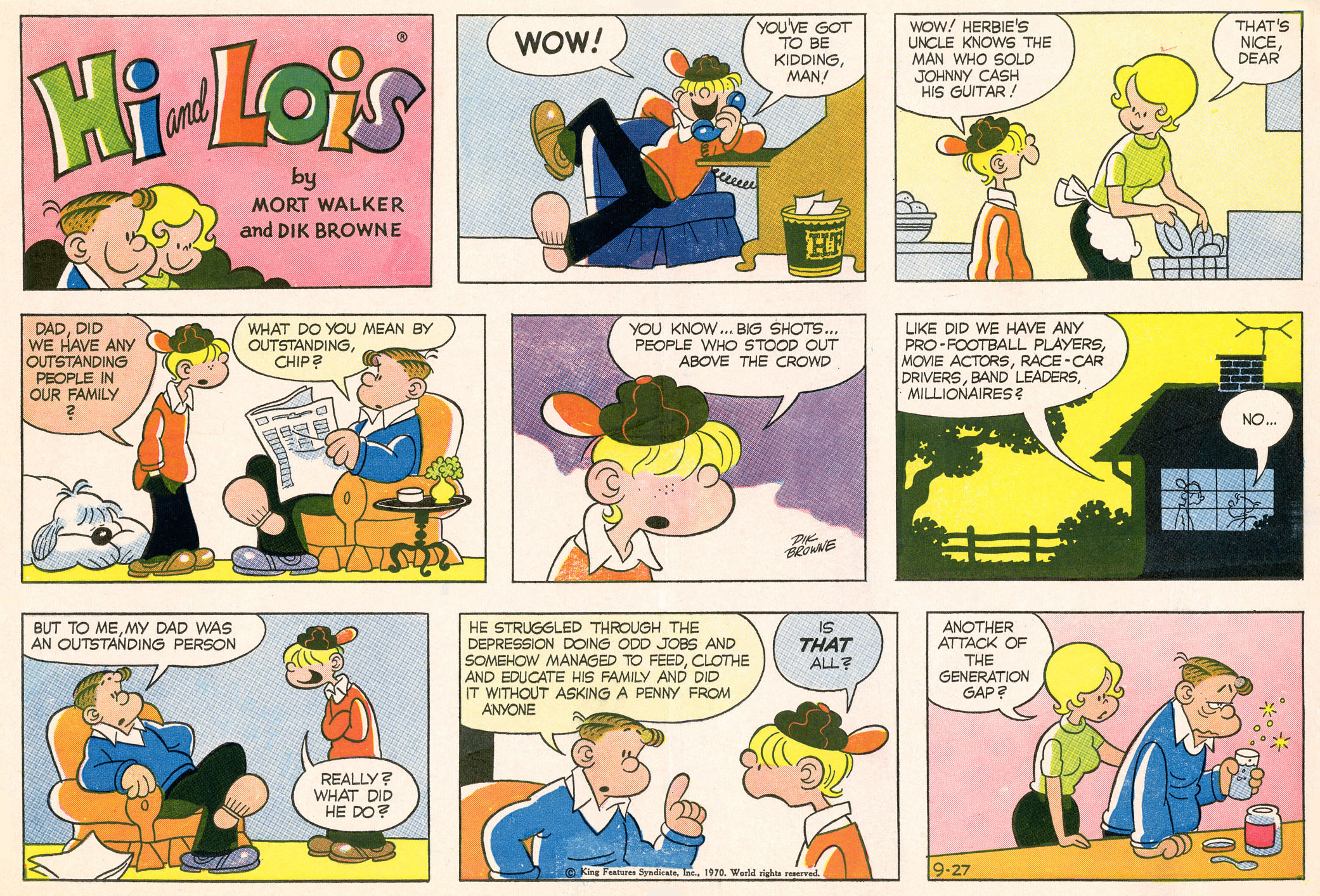 In this episode, Chip learns some Flagston family history. According to Hi, his father was a self-reliant man who provided for his brood by working odd jobs during the Great Depression. Chip is not impressed.

In the last panel, Lois uses the term “generation gap.” This came into common usage during the period as a reference to clashing perspectives between parents and their children.

In the 1960s, the younger generation seemed to go against everything their parents had previously believed in terms of music, values and political views. Sociologists described the “generation gap” as “institutional age segregation.” This theory posited that when members of different age groups engage in various activities, they become physically isolated from people of other generations, with little interaction across age barriers except at the nuclear family level.

Although the term “generation gap” is not as commonly applied today, Chip’s obsession with fame is very much a characteristic of the current younger generation. A recurring theme in Hi and Lois is, that as much things change they also remain the same. What’s old is new again. This episode is as relevant in 2017 as it was in 1970.

Next week we will be moving on to 1971 in our Timeline series, so check back here for the latest installment.