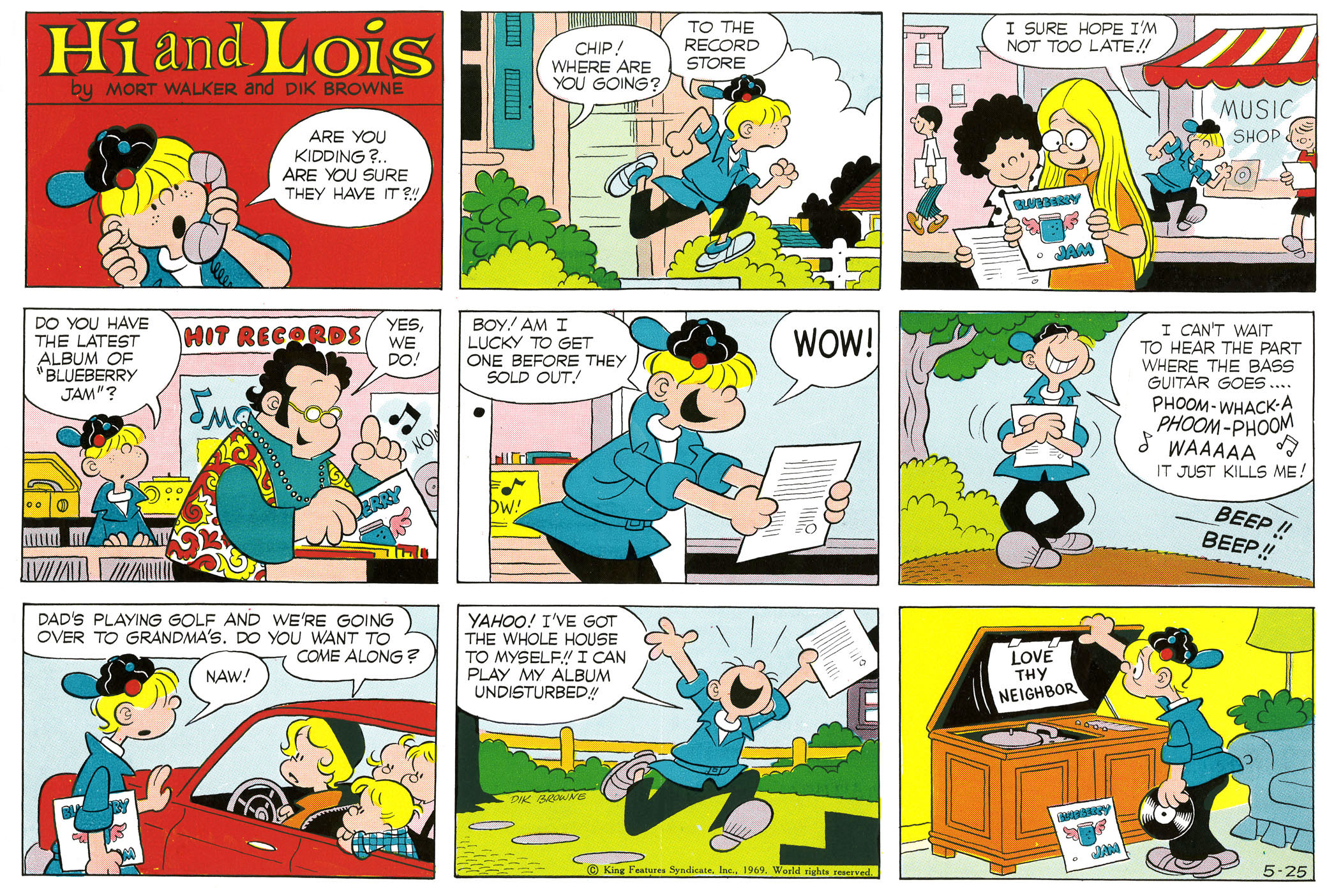 When this Hi and Lois episode was first published I was seventeen years old – the perfect age for the golden age of rock and roll. Everybody wanted to be in band.

My brother Greg played guitar in a group called “Brand X.” Chance Browne’s high school ensemble was “The Twinkies.” Other local bands of note were “King James Bible” and “Billy and the Showmen.” “The Wild Weeds” from upstate Connecticut eventually became the classic bar band “NRBQ.” “The Vagrants” from Long Island featured Leslie West on guitar. “The Lovin’ Spoonful” and “The Young Rascals” were other chart-topping acts based in the New York area.

Although “Blueberry Jam” was not a real group, there were some names that were similar – “Strawberry Alarm Clock” comes to mind. I also listened to “Vanilla Fudge,” “Deep Purple,” “Moby Grape,” “Iron Butterfly,” “The Chocolate Watchband,” and “The Electric Prunes.”

After school we would run to Rusch TV on Greenwich Avenue to get the latest releases by The Beatles, The Rollling Stones and other popular bands. Mr. Rusch looked nothing like the groovy cat in panel #4. My family had a record console like the one in the last panel, although by then I had my own stereo system.

The standard cliché´at the time was that teenagers played their music too loud. I’m sure Chance, Greg and I usually had it cranked up to “11.” It’s fun to look back on these old Sunday pages to see that our fathers, Mort and Dik, understood our excitement about contemporary music even while they were probably holding their hands over their ears.

Next week is the last installment from 1969 in our Timeline series, so stay tooned.