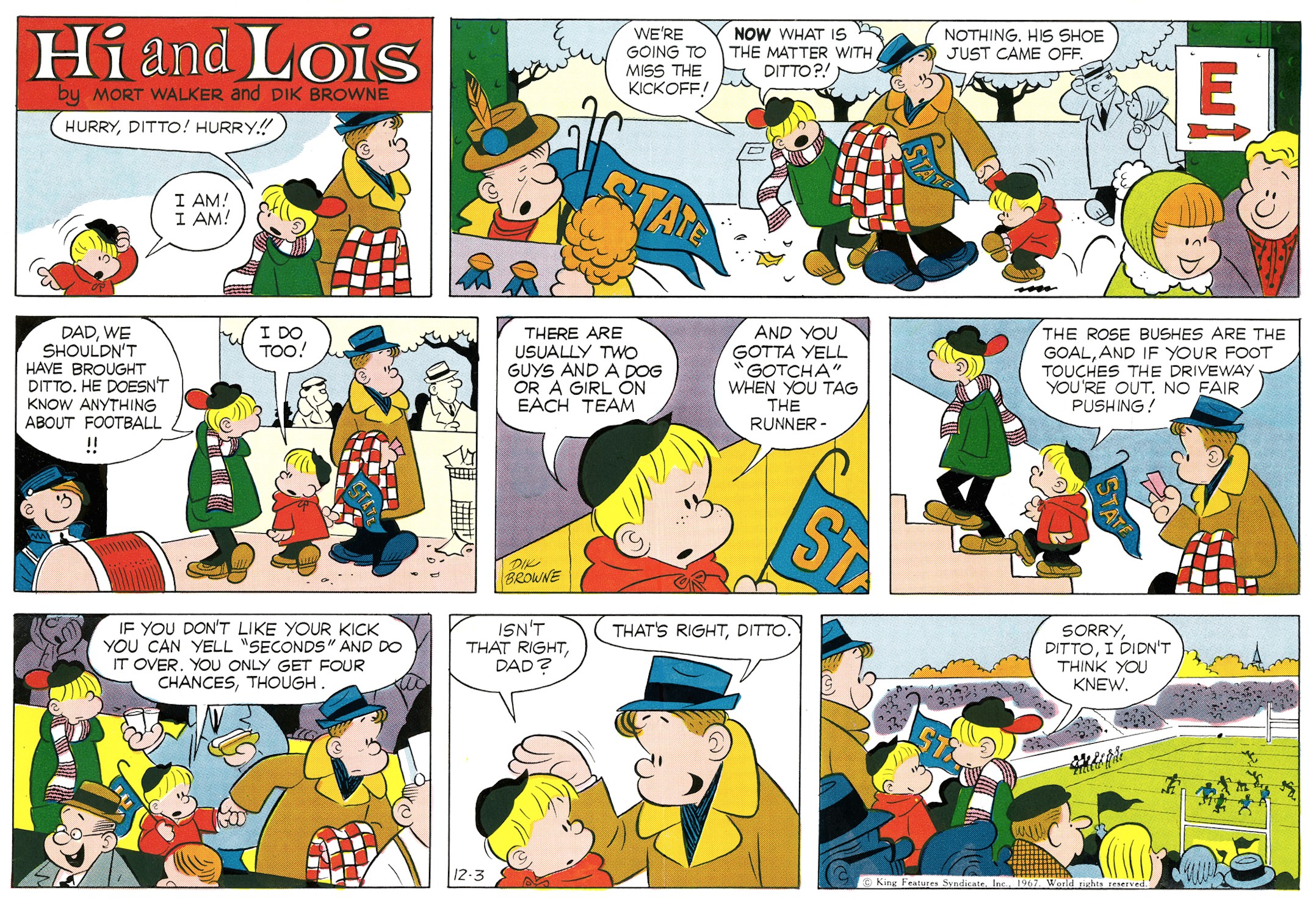 In anticipation of the upcoming football season, we are featuring this classic Sunday page. Hi, Chip and Ditto are shown going to what appears to be a college game. The pennants identify the institution only as “State.”

The gag revolves around Chip questioning his younger brother about his knowledge of the game. Ditto responds by detailing the rules of touch football he plays with his friends in the backyard. The boundaries include rose bushes and the driveway. There are also allowances for do-overs. This satisfies Chip who probably follows similar guidelines with his group of pals. It is nice to see Ditto get some respect from his older brother.

There are also many wonderful Dik Browne touches in this episode. The secondary characters in panels #2, #3 #6 and #8 are all cleverly caricatured. The point of view alternates from close-ups to crowd scenes throughout. The final panel shows the three Flagstons finally arriving in their seats with the game in progress on the field. A dramatic perspective is established by the outlines of the stadium and the trees and church steeple in the distance. It is a spectacular scene.

Next week our Timeline series will be moving to 1968, so we encourage you to check back.