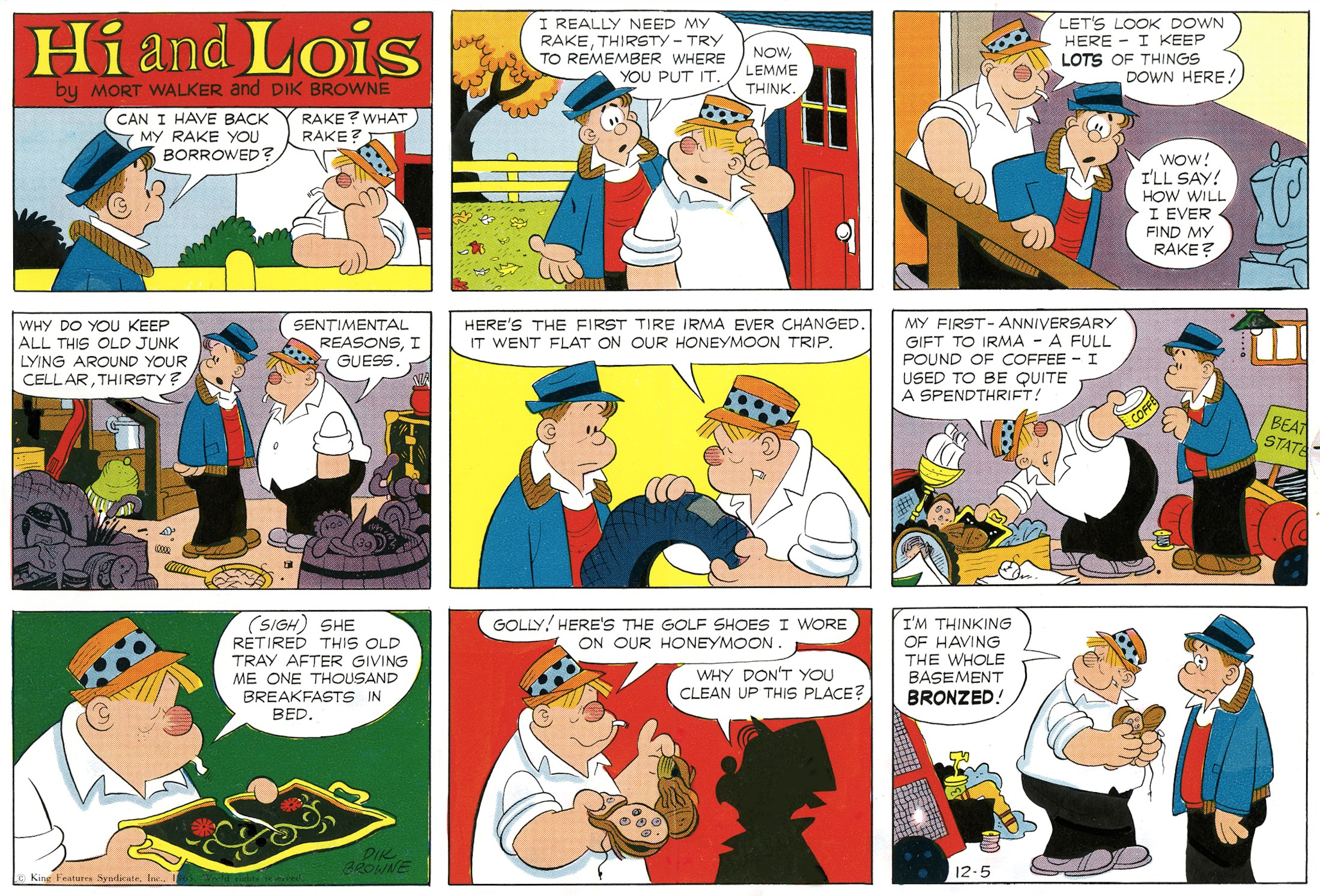 It took almost seven years after the debut of Hi and Lois in 1954 for the Flagstons to get a permanent next-door neighbor. An early attempt was a cigar smoking lay-about named George who first appeared in 1958, but he didn’t stick around for long.

Then, on June 9, 1961, a rotund, fun-loving, co-worker named “Thirsty” – short for Thurston – was introduced. He started as a golfing partner for Hi but soon took on a more important role in the strip. Thirsty is lazy and irresponsible. He drinks and smokes. He is everything that Hi is not. Thirsty makes Hi look good by comparison. He’s the perfect friend.

Thirsty’s long-suffering spouse, Irma, made her debut in 1963. His relationship with Irma revealed an important aspect of his personality. He was a male chauvinist long before Archie Bunker defined the term. Irma waits on her husband while he lounges in the back yard. She does all of the housework, including mowing the lawn. Lois glares out of her window, outraged by the way Irma is being mistreated and Hi sheepishly tried to justify his buddy’s behavior.

This battle of the sexes has been waged in Hi and Lois ever since. Thirsty and Irma fight frequently and have even discussed divorce, but somehow their marriage survives. Thirsty would never find another woman who puts up with his selfishness as patiently as Irma.

Thirsty will never change. Even with his stubborn, out-moded ways, it’s still impossible to dislike the guy. Hi feels good about himself when his pal is around. Thirsty is the kind of man women love to hate and men hate to love.