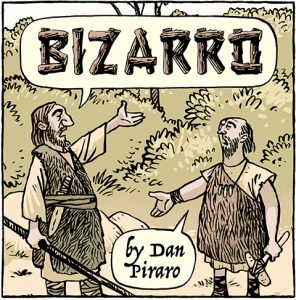 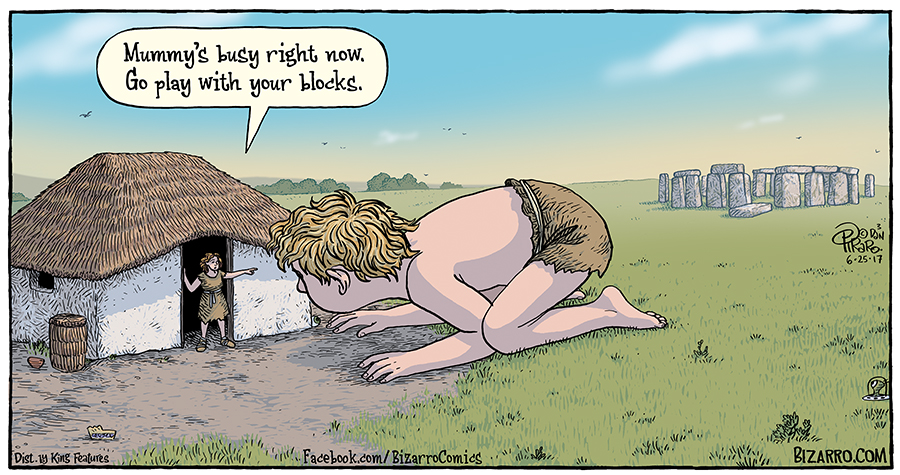 Bizarro is brought to you today by Simple Explanations.

Stonehenge is one of those things that, by nature of its mystery, has been the subject of innumerable cartoons. I’ve done quite a few myself. Here’s one that springs to mind. And here’s another that is partly about Stonehenge.

It is said that Stonehenge was the inspiration for the modern-day building block toys called Legos. If that is true, I wonder if a majority of giants in the days of Stonehenge had henge-shaped bruises on the soles of their feet, as modern parents do now with Legos.

One might also wonder about the biological logistics of a woman the size of the one in this cartoon carrying and giving birth to a child that size. I will have to leave that to the experts, however, as I am not well versed in the field of gynecology. 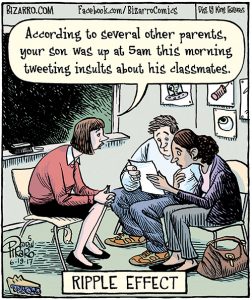 I have found that mere words are not sufficient to express the embarrassment and horror that I feel for my country of birth regarding the adolescent, egomaniacal buffoon who has been allowed to occupy the Oval Office this year, so I drew a cartoon about it. Each time I do this, one or more readers chastise me for sticking my nose into politics and I have to remind them that they are confusing the United States with one of the very many countries where free speech is not encouraged or allowed. Like Russia. Which also happens to be the buffoon’s favorite country, which explains their confusion to some degree, I suppose. 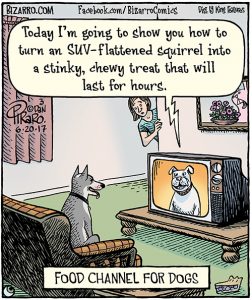 I like food but I’m not what you’d call a “foodie,” so the enormous popularity of cooking shows, food channels, etc. has mystified me a bit. In fact, the kind of obsession America has with food-based television seems very similar to that of pornography, although that’s primarily a male thing. I contend that my relating the two makes sense since eating and mating are two of our top biological imperatives. Accordingly, it can’t be long before there are dozens of TV shows and cable networks dedicated to breathing. “This week on OxygenHigh, we compare the taste and smell of air on the crowded streets of Singapore with that of the air surrounding a corral full of llamas in the Andes.” 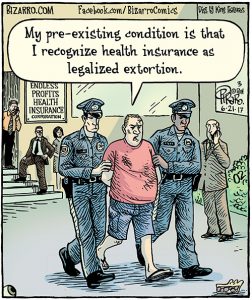 I have had discussions with intelligent people about whether health care should be a “right” or a “privilege” and I’ve heard intelligent people argue from both sides. If you fall on the “privilege” side of the equation and do not believe governments should provide health care for their citizens, I ask you to consider these scenarios: Your house is on fire and you call 911, only to be asked for your fire insurance policy number. If you don’t have the right insurance, the firetruck doesn’t leave the station and you’re tasked with putting the fire out yourself. That would routinely result in the loss of almost everything you’ve built over the years, with no way to get it back.

Or someone is breaking into your house and you call the cops. Same thing; you can’t afford police insurance, so no one shows up. I guess you should have thought of that when you got a job that doesn’t provide adequate fire and police insurance. Why should the rest of us pay for your ignorance and laziness?

I’m known to be a hard-working, intelligent guy who has made a name for himself in the world of art and creativity. It wasn’t easy, believe me, and though I’ve made enough money along the way to keep myself and my family eating regularly and living indoors, I’ve had a very hard time over the years affording health insurance. I insured my children when they lived at home but went for more than a dozen years without it myself, in fact, and only managed to get a bare-bones policy just three years ago. I assure you I am neither poor, nor lazy, and there are millions of Americans in the same boat as I’ve been. Had I gotten seriously ill or injured in those years, it would have ruined me or I would have died.

Is this the kind of community you want to live in? To my mind, communities are where humans agree to live together because we are pack animals and therefore stronger together than individually. When the community gets large enough, some of us get together to form a government whose job it is to protect the community and make sure everyone works alongside each other amicably for the common good, and gets the help they need when they’re, sick, disabled, victimized or disadvantaged in a way that makes them unable to participate in the community as well as they might otherwise. When someone in a small village is disabled or sick, do we simply drop them off out in the forest because they are no longer of use to the rest of us?

I’d like Americans to ask themselves why fire and police protection are a right but health protection is a privilege.

Along those lines, there are Americans who believe that Bernie Sander’s idea to offer a free college education to every citizen is nothing more than a “handout”. Again, what if you brought your kid to the local elementary school for first grade but were turned away because you couldn’t afford to send them to school? How is your child going to compete in the workforce with those who are getting a proper education? What opportunities will their future hold with this kind of disadvantage? Does it not improve the society as a whole to have an educated workforce? Don’t we all benefit when we live among educated people? We know from history that a lack of education increases the crime rate, so perhaps if we all pitch in a few bucks to offer education and healthcare to everyone, we’d have a more civil society. Sure, a statistically minuscule percentage of citizens would be slightly less filthy rich, but I can live with that. 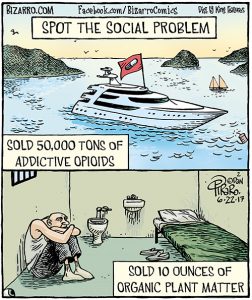 This cartoon about drugs got a metric shitload of attention on the Interwebs. A few people waxed fearful about what would happen if pot was legalized, but most people agreed that it is high time (pun intended) that the United States AS A COUNTRY, NOT JUST INDIVIDUAL STATES, pull its head out of its ass and realize that cannabis has tremendous health benefits and is not a fraction as dangerous as many of the pharmaceuticals we’re being sold. It is also a much safer and less damaging form of recreation than is tobacco or alcohol.

In my judgment, pot is still illegal for two reasons:

In closing, the Lord of the Rings character who is currently the Attorney General of the United States, Jeff Sessions, has said things about marijuana that show him to be either mentally disabled or the complete butt bitch of the pharmaceutical industry. I’m guessing both things are true. 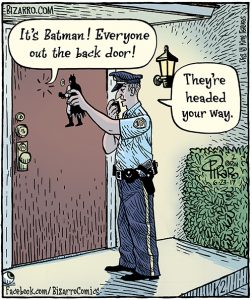 I think if cops tried this, they’d be surprised how often it works.

In my youth I worked in the advertising world and have seen food stylists work in person. It’s kind of amazing that this is a job, but of course perfect-looking food sells better than something slapped together by the teenager who works in the actual kitchens of restaurants, so great attention is paid to this in photos. Behind likely every commercial photo of food you’ve ever seen, someone (and their assistant[s]) spent a lot of time placing each element of a dish carefully into place, often using tweezers and manicure scissors, discarding large amounts of food because it wasn’t exactly the right color, shape, size, or texture to be part of the “perfect” meal. With what is thrown away during a photo session for a single sandwich, you could feed three meals to a family of four. And that family of four is likely underinsured and won’t have nearly enough money to send their kids to college. But at least they won’t be relying on government handouts once the Cheeto Mussolini takes their Medicaid away to provide tax cuts for the extremely wealthy, who clearly deserve every advantage government can give them.

Thanks for dropping by for this informal, imaginary, one-sided chat Jazz Pickles. You mean more to me than you’d be comfortable hearing me tell you. If you enjoy the content I provide for you here for free, please consider the following options. 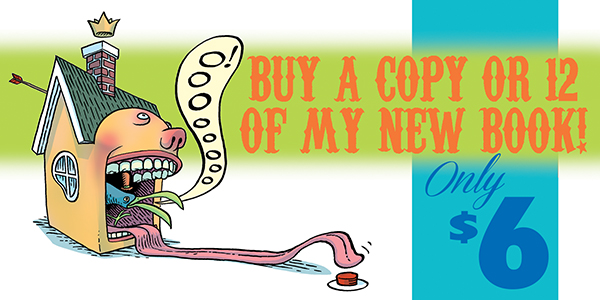