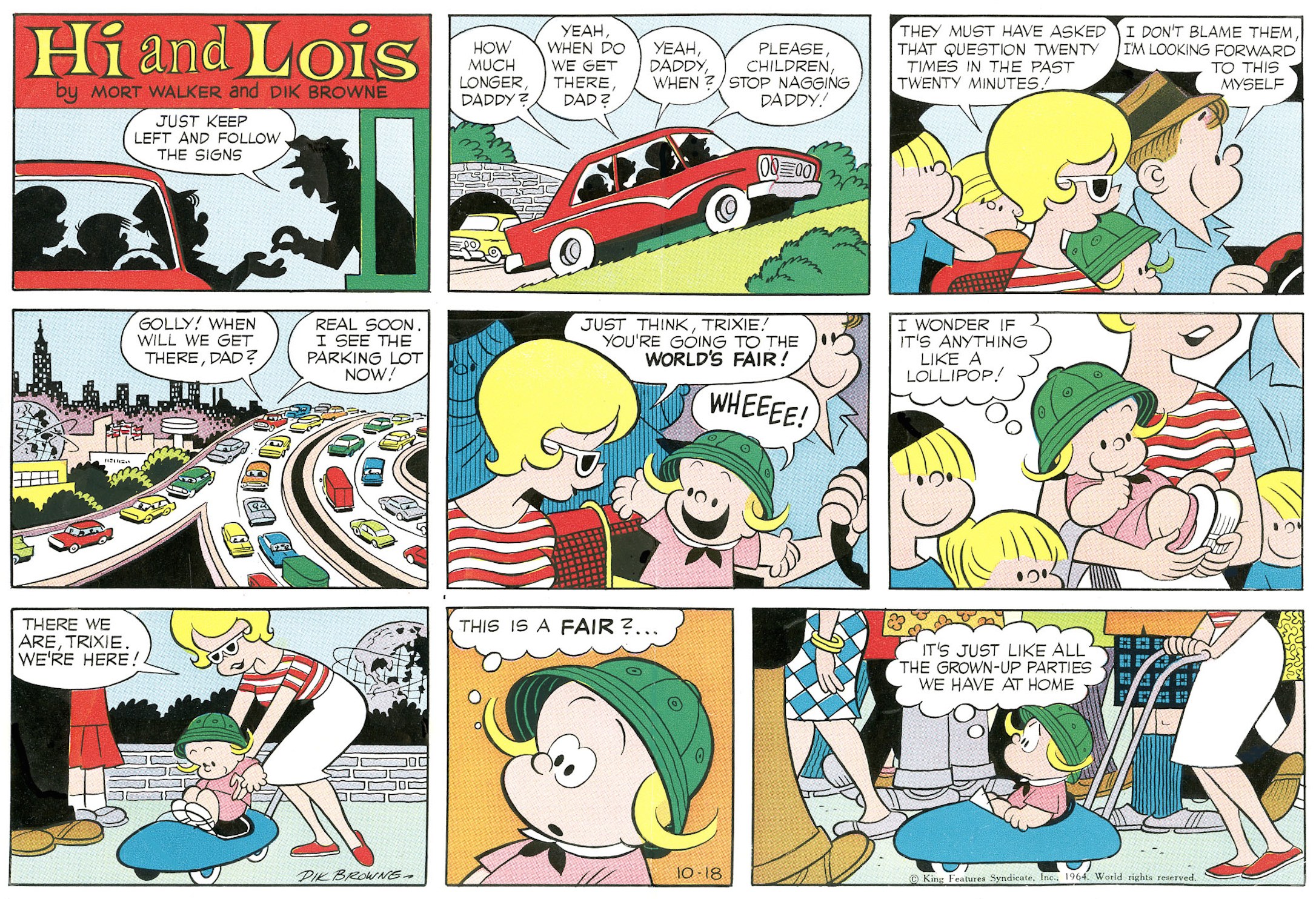 The New York World’s Fair ran for two six-months seasons, from April 22 to October 18, 1964 and April 21 to October 17, 1965. More than 51 million people visited the 646-acre grounds in Flushing Meadow Park, Queens. There were 140 pavilions and 110 restaurants representing 80 nations and 24 U.S. states. Among the highlights were General Motors’ “Futurama” exhibit, Sinclair Oil’s “Dinoland,” Ford Motors’ “Magic Skyway” ride and Pepsi-Cola’s Disney-designed attraction, “It’s A Small World.” At the Vatican pavilion, Michelangelo’s “Pieta” was on display and nearby Shea Stadium (seen in the background of the photo below), home of the New York Mets, opened five days before the Fair on April 17, 1964. 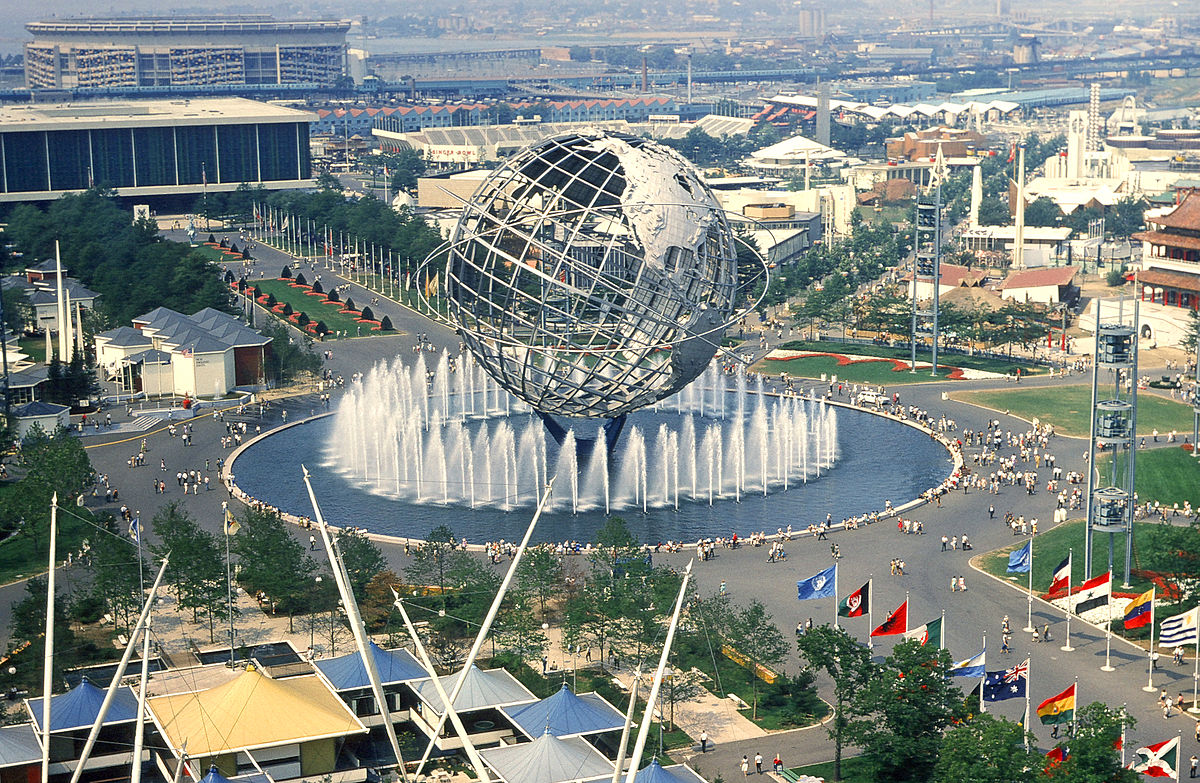 In the Hi and Lois episode above, the Flagstons take a trip to the New York World’s Fair. The iconic, 12-story “Unisphere” and one of the observation towers of the New York State Pavilion can be seen in panel #4. Trixie is shown riding in one of the futuristic strollers that were available at the park.

Many baby boomers, including myself, have fond memories of the fair. Below is a photo taken when the extended Walker/White family visited in 1964. My mother Jean, in the yellow dress, is the fourth from the left, my father Mort, wearing sunglasses, is third from the right and my aunt Mary Lou is on the far right. Also pictured are siblings Polly, Margie, Morgan, Greg and Neal and cousins Gretchen, Todd, Greg and Peggy. 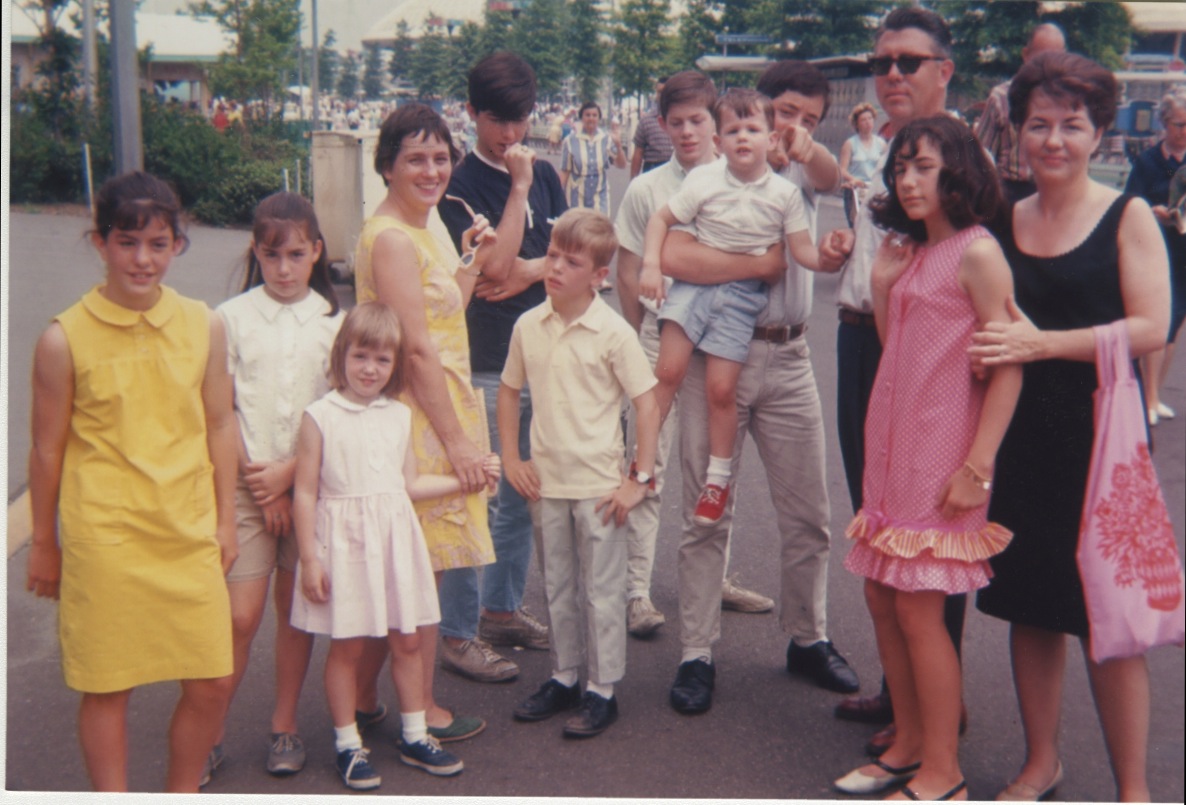 For some reason, I am not in this photograph. Presumably, I was at the Belgian Village getting another “Bel-Gem Brussels Waffle” topped with strawberries and whipped cream.