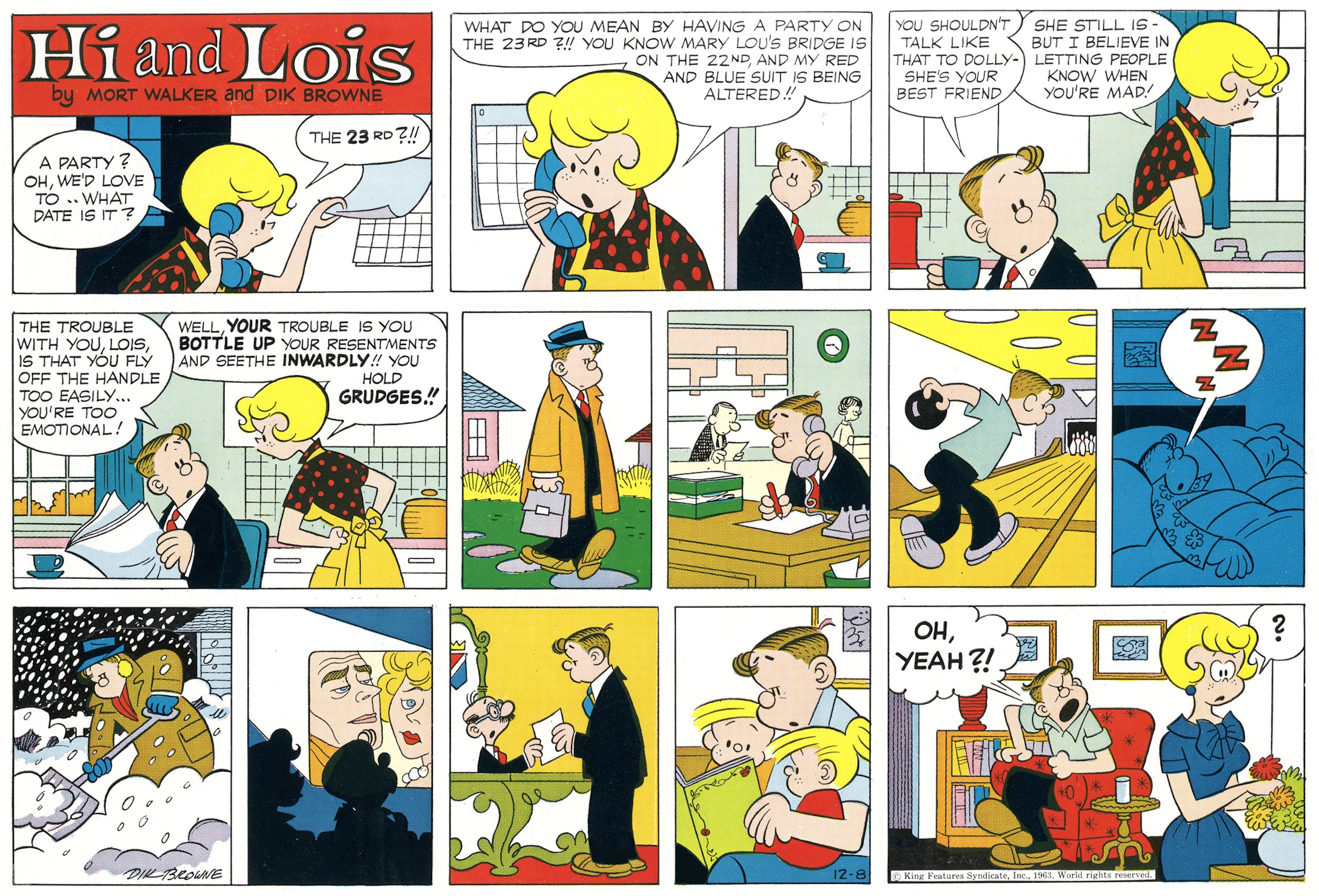 Hi and Lois don’t get into disagreements very often, but in this episode they appear to be quite angry at each other. In the world of daily comic strips, these marital tiffs never last long. On the next Monday morning (see below), life in the Flagston household had returned to normal.

Although stereotypical perceptions that women are overly emotional and fly off the handle too easily and men bottle up their resentments and hold grudges were widely held during this period, they still persist today. In the 1992 book, “Men Are from Mars, Women Are from Venus” author John Gray presented a similar interpretation about the differences between the sexes. The concept that men and women inhabited separate planets, each with their own customs and attitudes, must have been compelling to readers at that time because the book sold 50 million copies. This metaphor is now a commonly used phrase in popular culture.

Almost thirty years before that book was published, the creators of Hi and Lois made essentially the same point but in a more visually humorous way.   The page above is another cleverly crafted masterpiece in comic design. The passage of time from panel #5 to panel #12 provides an effective transition from Lois’s defensive response in panel #4 to Hi’s surprising outburst in panel # 13. These wordless vignettes suggest that about a week has gone by before Hi continues his side of the debate. Lois has been proven right. Millions of couples must have smiled and recognized their own marital relationships in this gag.

In the next post, we will move on to 1964 in our Timeline series, so stay tooned.