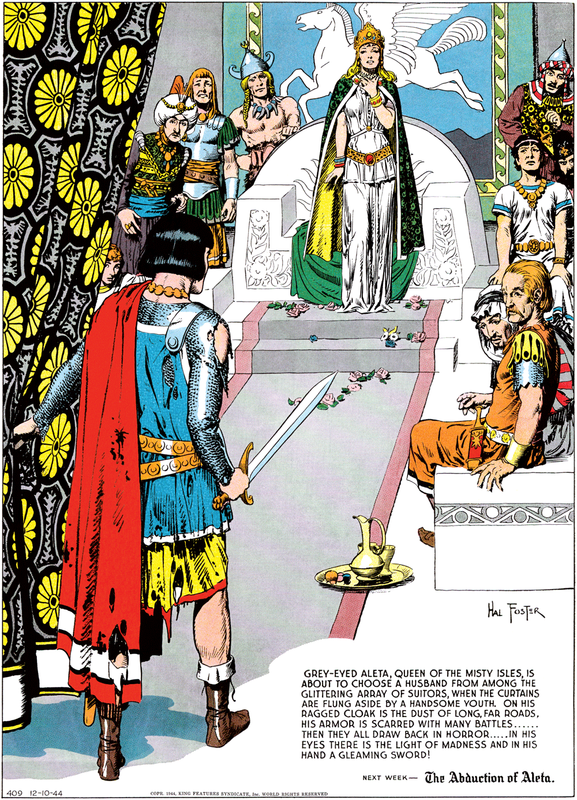 Prince Valiant celebrated his 80th birthday on Monday, so there’s no better time to get to know this beloved, long-running adventure strip about Val, his family, and their adventures.

Currently written by Mark Schultz and drawn by Thomas Yeates, Prince Valiant hit the papers on February 13, 1937. Hal Foster, who had been working on the TARZAN comic adaptation of Edgar Rice Burroughs’ famed novels, developed Prince Valiant as a way to write his own stories. When he pitched the idea to William Randolph Hearst, Hearst famously offered Foster an unprecedented share of the strip– a very rare offer in those days (in present day, anyone who creates a strip for King Features retains ownership, but that was not the way things were done 80 years ago!) 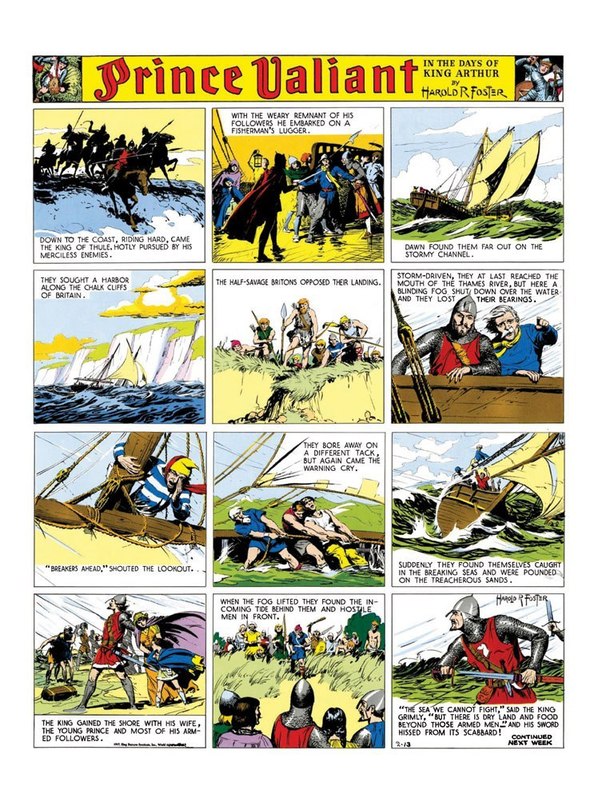 Prince Valiant followed first the early life of young Val adventuring first with his father, the deposed King Aguar of Thule, and later on his own as he arrives in the court of King Arthur and makes a name for himself– and meets the knights Sir Gawain and Sir Tristram, who would become his close friends. Val found a place for himself in Camelot as a knight of Arthur’s Round Table, and has spent his life adventuring ever after.

Val meets the beautiful Aleta of the Misty Isles, who would become his wife, and the two of them had five beautiful children, Arn, Karen and Valeta, Galan, and Nathan.