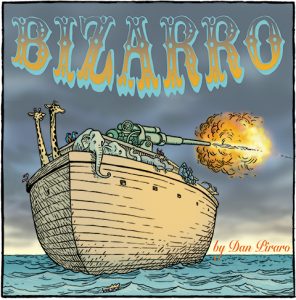 (“Click unto me and thee shall find embiggenation,” sayeth the cartoon.)

Bizarro is brought to you today by Making The Bible And Science Work Together.

Bible times were hilarious. I should know, I was raised in Oklahoma, the prong of the buckle of the Bible Belt, and a state that has done everything in its power to maintain the atmosphere of the Old Testament well into the 21st century. In small ways they’ve progressed a bit since I was a teenager there, but when I was growing up in Oklahoma, anyone who did not wear the local “uniform” was treated much like poor Kevin of Jericho above. In those days––the early 1970s––the local uniform was a mullet and some form of Confederate flag. Basically, you had to look like a roadie for Lynyrd Skynyrd to keep from being called a “faggot” by strangers on the street, which happened to me weekly, often more than once. I didn’t let it get to me, though. I simply became a widely known satirist and made a living making fun of them in ways they didn’t understand.

I should clarify by saying that not everyone in Oklahoma in those days was a bullying nitwit, which is another important parallel to the folks in the Old Testament. Of the estimated 11,563 characters mentioned in the Old Testament, seven were not vengeful dicks. 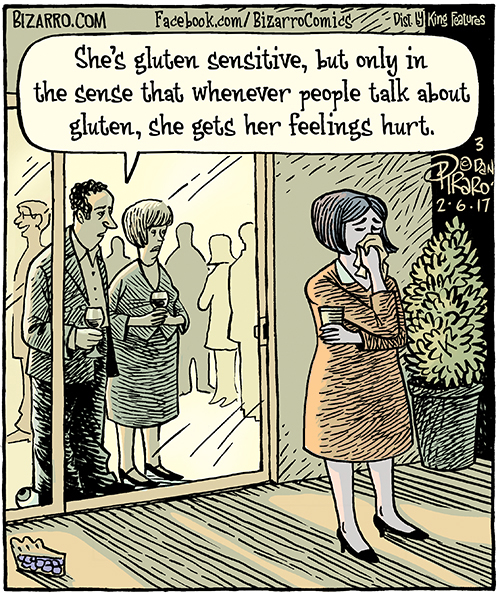 As is always the case when I do a cartoon about gluten sensitivity, I got a few angry comments from people who suffer from celiac disease who thought that I was making fun of them. I’m not. This cartoon is nothing more than an exploration of another meaning of “sensitive”.

But since we’re on the topic, if you think you’re gluten sensitive but don’t actually have celiac, keep in mind that lots of qualified scientists have researched this and can’t find any such thing as gluten sensitivity unless you actually have celiac, which only an extremely small percentage of people have. That doesn’t mean you don’t suffer from real symptoms, however. Because of the immense power of the human mind, we are all subject to all manner of psychosomatic illnesses and conditions, many that we don’t even realize. If we can tap into that same power and use it more intentionally, we can also cure ourselves of all kinds of things, too. Like a gifted magician, our brains can convince us of all kinds of things that are demonstrably not true. It is simultaneously hilarious and tragic. 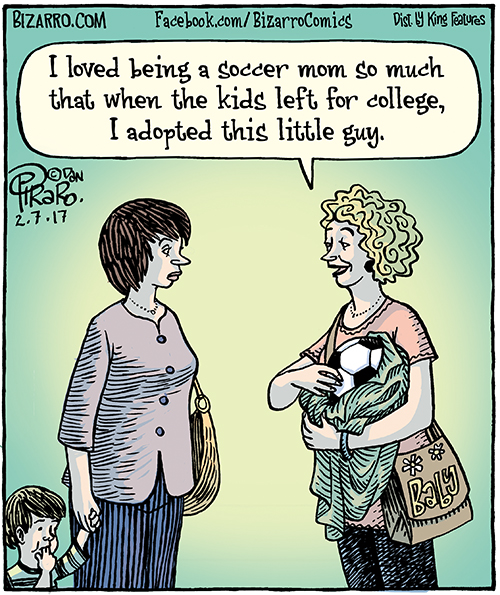 Time for another support group. Perhaps they could call it “Empty Net Syndrome”. 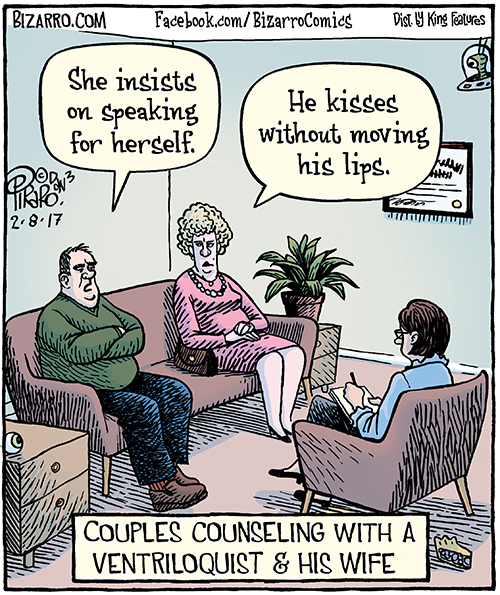 Longterm, romantic relationships between adults are always a challenge––even more so when one of the participants pretends to speak for a doll. 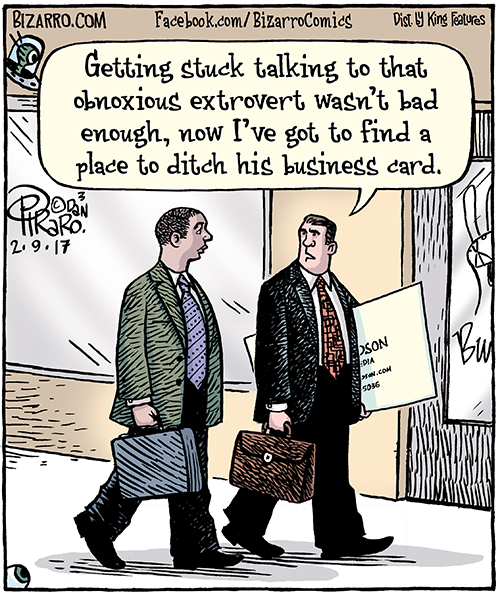 I’m an introvert by nature but I enjoy performing. I’ve done a lot of public speaking, stand-up comedy and singing on stage, but in my private life I’m an introvert and prefer being at home to social situations. It’s a weird kind of contradiction but a lot of professional performers are the same way. The amazing Johnny Carson was a notable example. I have no idea why this condition exists or if it is nature or nurture or a combination of the two. But the fact remains that I sort of have two different personalities and I often worry that my performance side will be seen as obnoxious, probably because I often find extroverts obnoxious. Okay, that’s enough psychoanalysis. If I persist, I’ll feel I have to pay you an hourly rate to read this. 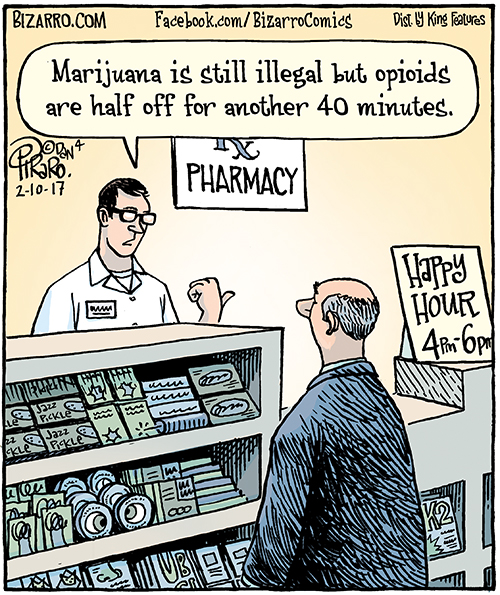 I got some angry mail about this pharmacy gag, too, from people who don’t think opiate addiction is funny. Funny thing is, I don’t find it funny, either. I find it as tragic as anyone else who’s seen it in action and that’s why I drew this.  Some cartoons are funny and some are editorial; this one is the latter. The absurdity of pushing dangerous amounts of dangerous drugs on the public but locking people up for using a harmless, natural remedy that nature gave us is beyond idiotic. I am often profoundly embarrassed by my own species.

I am very encouraged, however, by the recent trend in the U.S. to legalize it state-by-state, but worry that this trend will come to a screeching halt under the current “FEAR FIRST!” political administration. (And with just the mention of those assclowns, my embarrassment flares up again.)

Some of you may be saying, “Really? Another buffalos-in-costume cartoon?”  Well, you’re wrong, Mr. Smartypants. The animals depicted here are American bison, NOT buffalos.

Thanks for reading thus far, Pepenillos de Jazz. May I remind you that everything I post on the Internet is free of charge and that I depend on good folks like you to help support my cartoon habit? It feels good to support the arts so please consider buying a few of my new book or clicking this Tip Jar link for a one-time donation or a monthly contribution. If you really want to get fancy, you can grab a limited-edition, signed and numbered archival print of one of my favorite Bizarro cartoons from a Los Angeles art gallery place. They are also selling some of my original art from Bizarro. They’re even having a sale right now!

See you here next week. Until then, be happy, be smart, and don’t be a jackass.