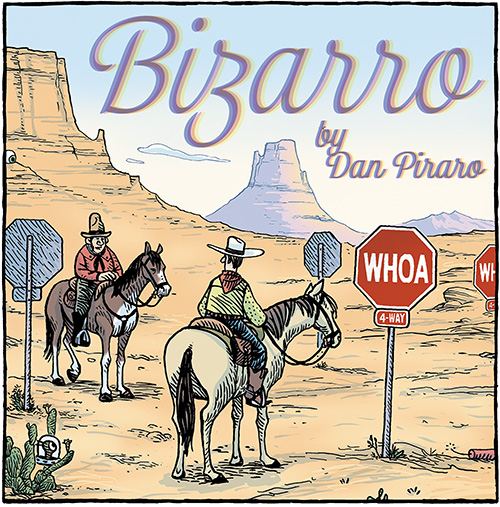 (Make any of these images embiggenated by arching your back and clicking on them.) 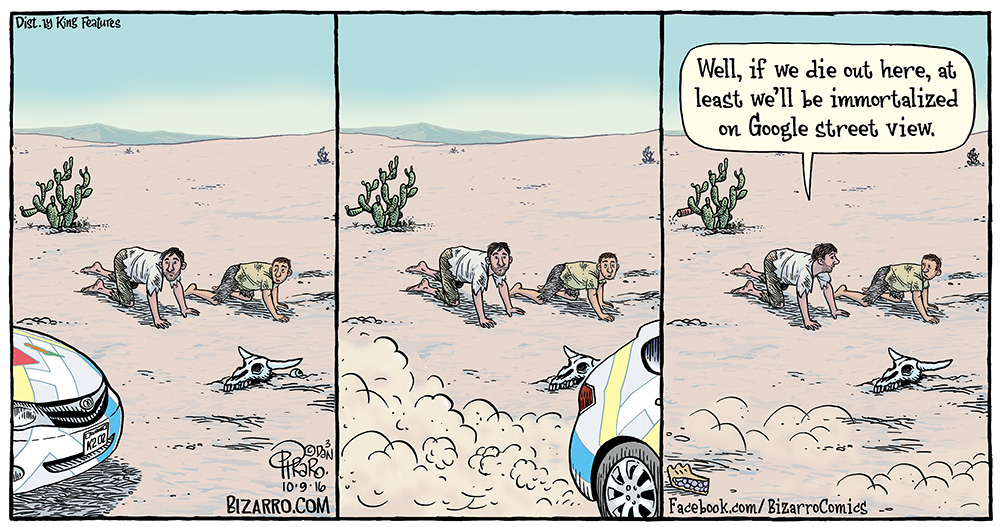 Bizarro is brought to you today by Sneaking Up On A Glyptodon.

As you likely know, those “street view” images you can find online of just about any address in the civilized world are taken from contraptions attached to the tops of cars that just drive all over the world taking pictures of everything they pass. Some famously funny things have been captured by those pictures and they just lie quietly in wait on the Interwebs until people begin discovering them and spreading the word. There are gobs of pages dedicated to the funniest, strangest, most tragic things captured on Google Street View, which you can find by, of course, googling the topic.

In past blog posts I’ve mentioned that I bought a house in Mexico. One of the Jazz Pickles who participated in my survey recently (thanks to all who did!) mentioned that they thought it was a vacation house so I thought I should clear that up. Olive Oyl and I are not the sort of folks who can afford more than one place to live so we’re actually moving there full time in December and will no longer be living in the U.S.

After a few years of renting in the Los Angeles area, we recently decided to buy a house and found very quickly that we can’t afford to live anywhere in the U.S. that we would actually want to live. If it’s an attractive, liberal, artistic town with good weather, real estate prices are absurd. We’ve both always loved Mexico and one small, Spanish colonial mountain town in particular, so we started researching it and decided to buy a house there. For what would have been an average downpayment on a house in LA––that would then have been followed by 30 years of big payments each month––we bought a house for cash in San Miguel de Allende, Mexico. So we’ll be living this new adventure debt free, which is a huge relief at this point in my life. I’ll keep you updated on the shenanigans as this story progresses. 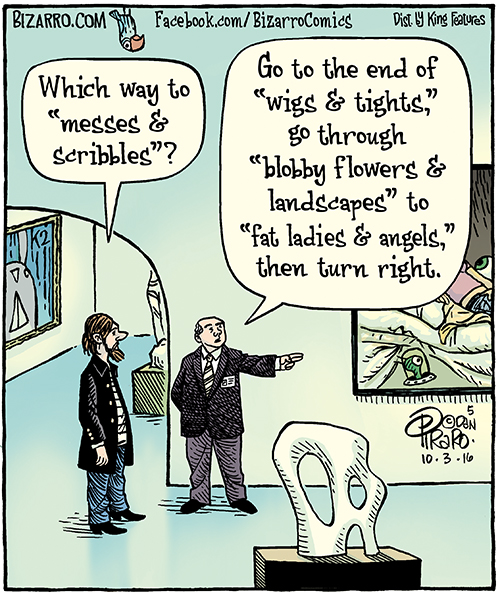 Here’s a fun take on getting lost in art museums. I love visiting museums but I really dislike how difficult they are to navigate. I’m good with maps but sometimes I still get lost. Between art museums and Ikea stores, I think that by the end of my life I will have lost a couple of years to wandering around looking for exits. 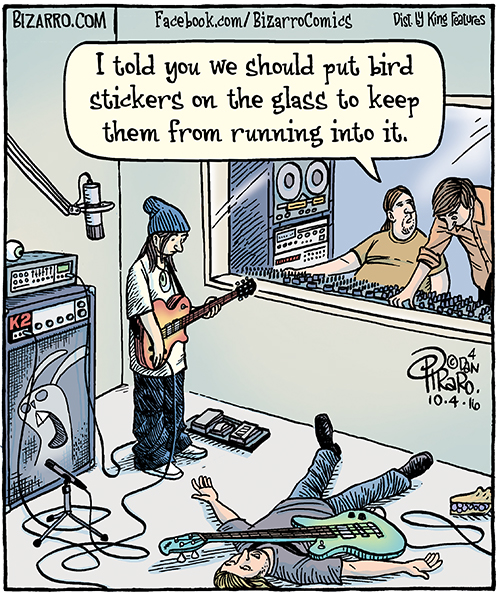 I used to be in bands when I was young and though most musicians are not stupid enough to walk into glass windows, it isn’t hard to find ones who are. 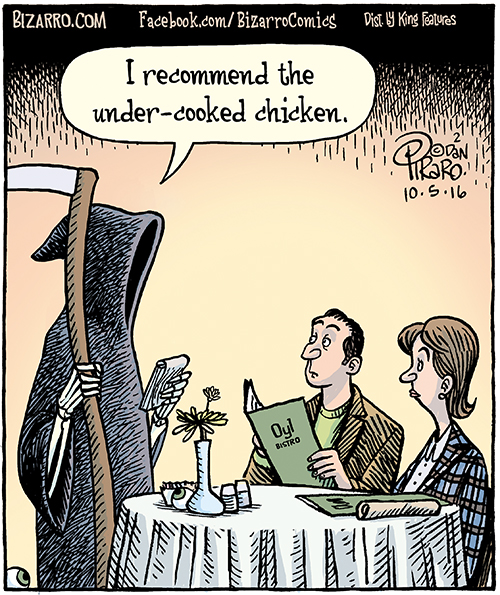 More observant readers will notice that the macabre scene above is taking place in my beloved Olive Oyl’s bistro. She’s an amazing cook and a gifted hostess. Sadly, since Oyl’s Bistro is currently still in the fictional stage, you can’t go there for dinner tonight.

I did this clown version of Noah before I’d heard about the wave of scary clown panic that is plaguing American schools at the moment. If you’ve not heard about it, google it. It’s pretty ridiculous on many levels. I was particularly amused by the head of a big clown organization making a public service announcement video about how scary clowns are not “real” clowns. Hmm… I think that’s a matter of opinion, isn’t it? 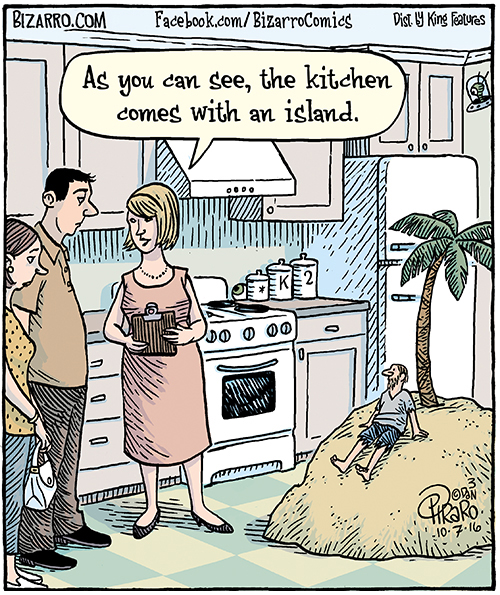 Just as Donald Trump mentioned in his apology video this week that he has never said he was a “perfect person”––although to my recollection he’s rarely said anything else––I’ve never said I was above making a cartoon from a ridiculous pun. I won’t use just any pun for a cartoon, however. I have a set of criteria that I go by and two of them are “is it surprising?” and “does it make me smile?” This one cleared both bars so I used it. Someone commenting on a FB post of this cartoon said, “That’s stupid”. Yes, it is. Sometimes stupid is funny. Dr. Ben Carson is a good example. 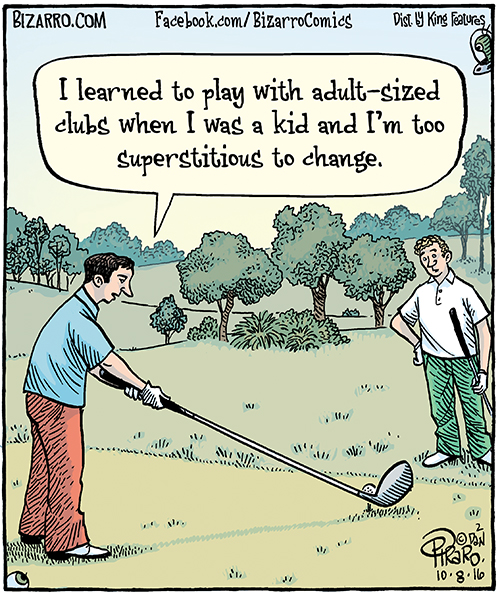 I’m not a golfer but my dad was and I used to really enjoy caddying for him when I was barely big enough to schlep a golf bag. I occasionally used his adult-sized golf clubs to hit practice balls with and while thinking about this one day I wondered about the scenario illustrated above. Along the same lines, I’ve often thought that for me––at 5’7″ tall––to fully understand what game NBA players are playing, I’d have to use a basketball the size of a cantaloupe and a hoop that is only 8 feet off the ground.

That’s it for this week except for this big news: MY COLORING BOOK FOR GROWNUPS IS FINALLY OUT! You can order it on Amazon and other online book sellers, and it is beginning to appear in bookstores daily. I’ll be doing a couple of events here in Pasadena soon to publicize it. 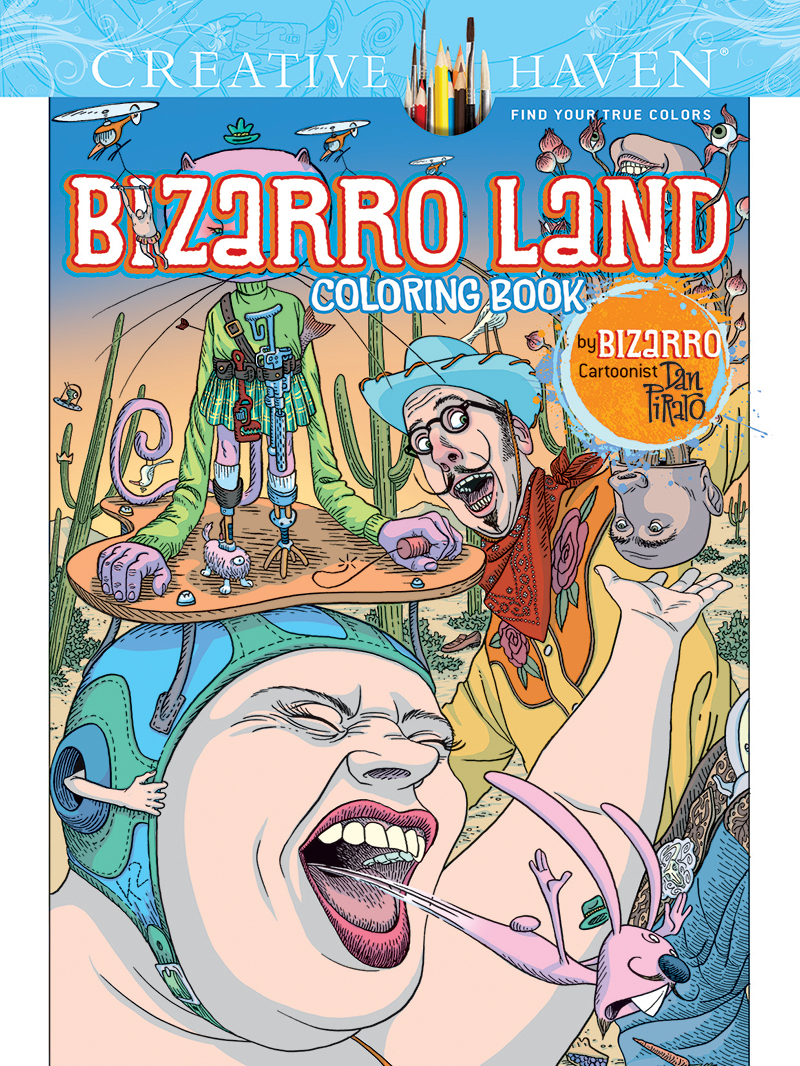