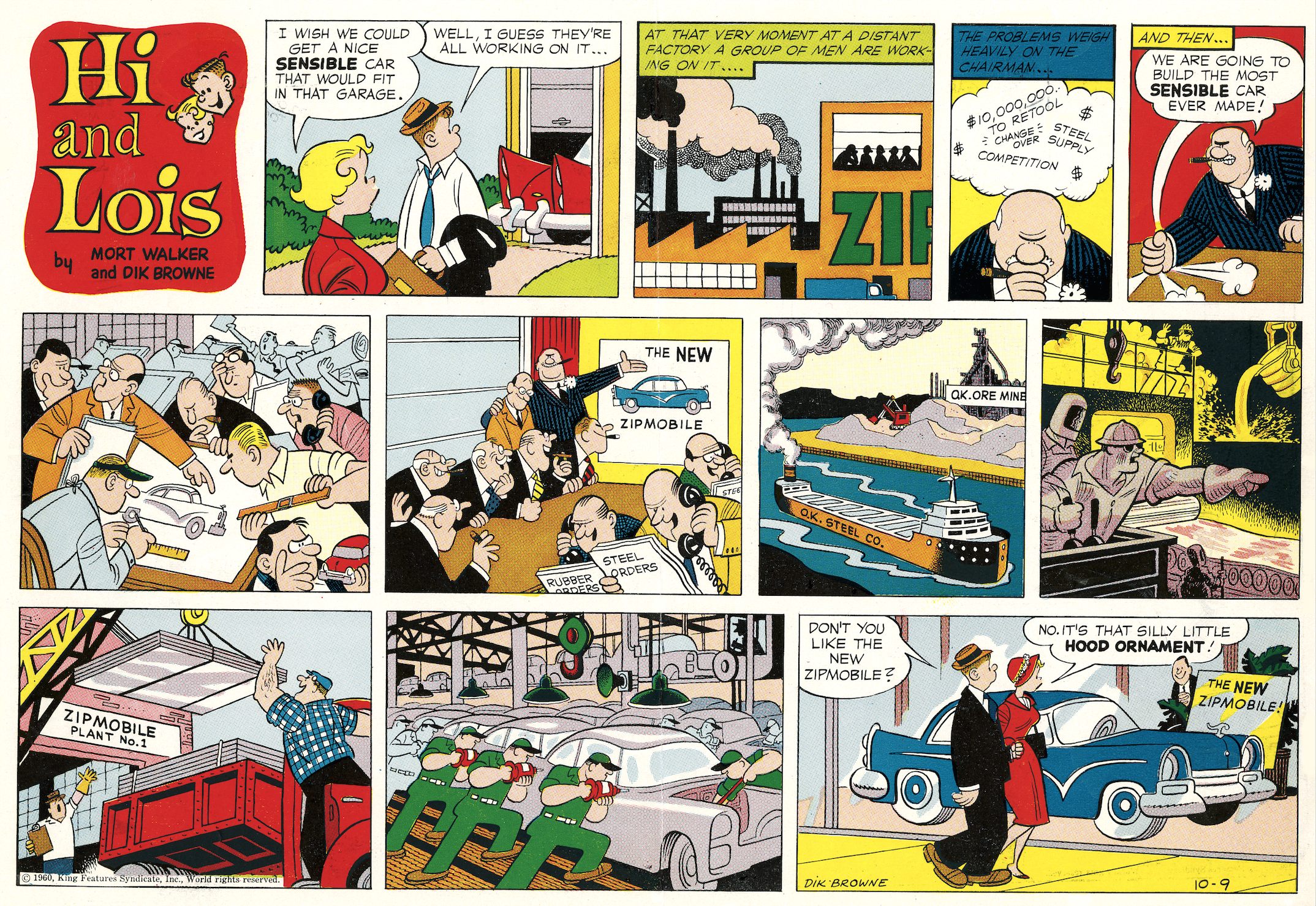 The unique Sunday page above showcases some of the techniques that Dik Browne utilized during his years as an advertising artist for the Johnstone and Cushing agency during the late 1940s and early 1950s. Among the many products that he promoted in comic-format ads were Camel Cigarettes, Lipton Tea, Peter Paul Mounds Candy Bars and Campbell Soup. Dik’s early advertising style was more angular and modern than the round appealing look that he later perfected for the Flagston family.

This gag makes a comment about American car manufacturers during a time of transition. The Zipmobile resembles a number of models that were introduced in 1960, including the Chevrolet Corvair, the Ford Falcon and the Plymouth Valiant. In the previous decade, most of the cars produced by the “big three” – General Motors, Ford and Chrysler – were massive in size. The new compact cars of the early 1960s were being marketed to budget-minded consumers, some of whom were buying a second car for their growing families. The Volkswagen Beetle, first made in 1938 and exported from Germany to the U.S. in 1949, started the trend. American Motors Rambler, which came out in 1950, was another alternative. The American automakers were finally catching up.

A black-and-white version of this Sunday page was featured in the 1986 book, The Best of Hi and Lois. This is the first time, since it’s initial publication, that it has been reproduced in color. Thanks go to Bill Janocha for restoring it to its original glory.