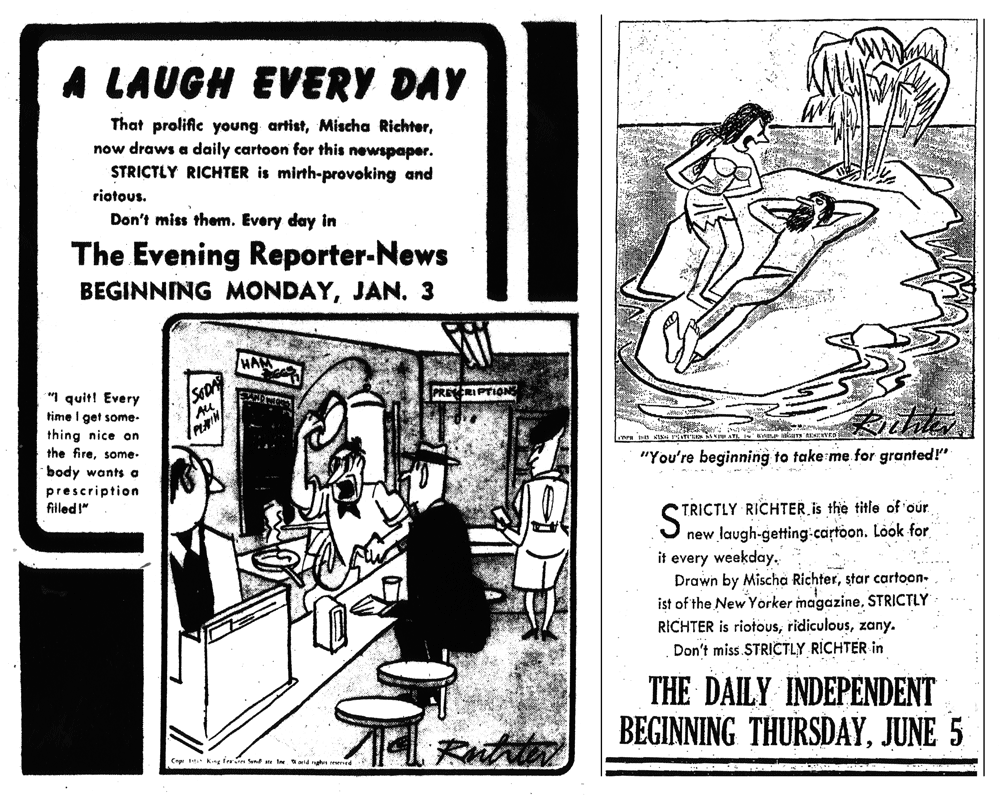 Richter was a cartoonist’s cartoonist. He was versatile enough to do children’s books or off-color gags for men’s magazines, and other publications as varied in tone as The Saturday Evening Post to The New Masses.  He did miscellaneous works ranging from WPA projects to top-level advertising campaigns. He was twice nominated for Cartoonist of the Year by the National Cartoonists Society.

Probably his most important oeuvre were his New Yorker contributions, which lasted more than thirty years. His art and humor style was quite compatible with that of George Price or Peter Arno. Along the way, he also did a weekday panel for King Features, Strictly Richter. It began in 1945, just weeks after World War II ended, on 24 September. The name implies that he was unique enough to make Richter some kind of verb. Maybe it was calculated to make it that way, but even so, Richter was a very clever cartoonist, with a flair for bursts of action, or insane behavior.

Strictly Richer was syndicated by us from 24 September 1945 to 24 August 1963, and a further eight months by a small distributor, “Valen Associates.”

Here are some early samples from the 1940s 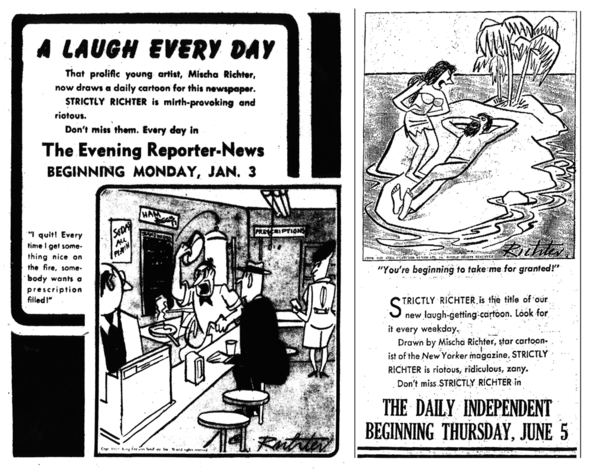 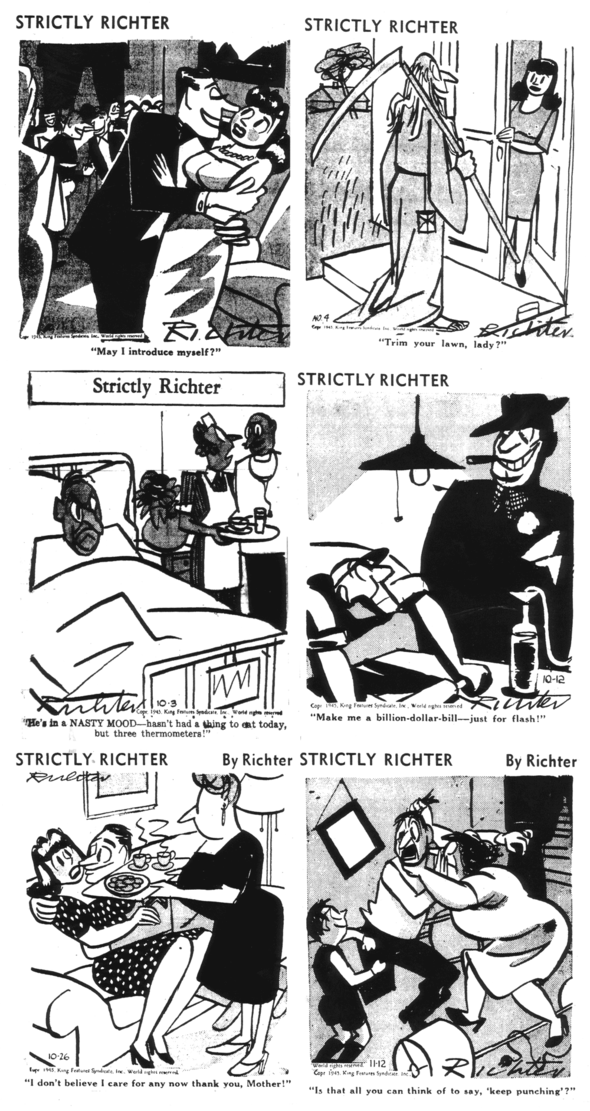 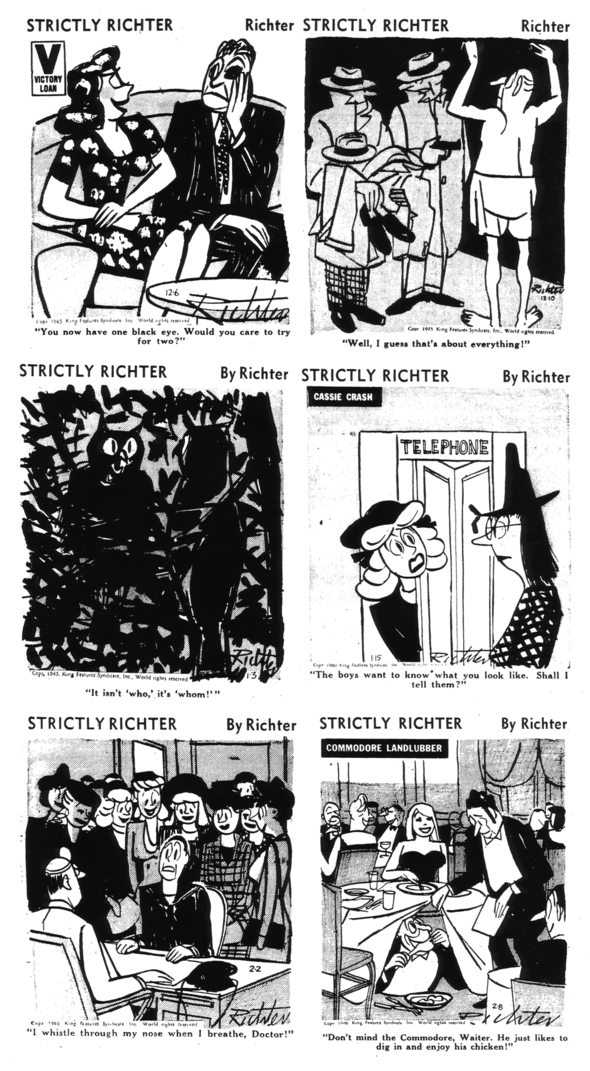 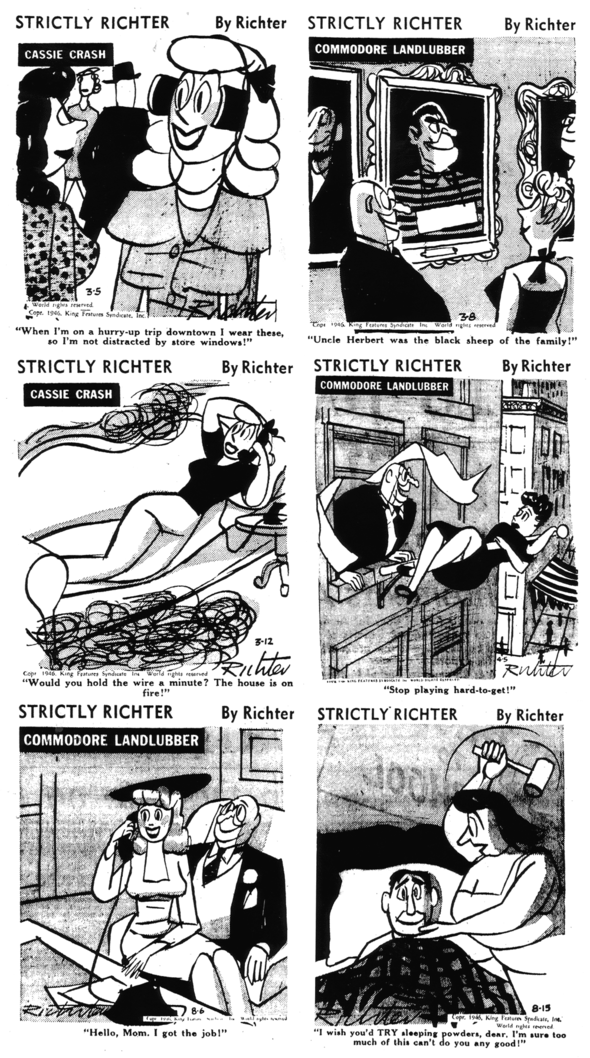 STRICTLY RICHTER 5, 8, 12 March, 5 April, 6 and 15 August 1946.
Cassie and the Commodore vanished not long after they debuted,
replaced with no further running characters. I can’t guess what happened to them. 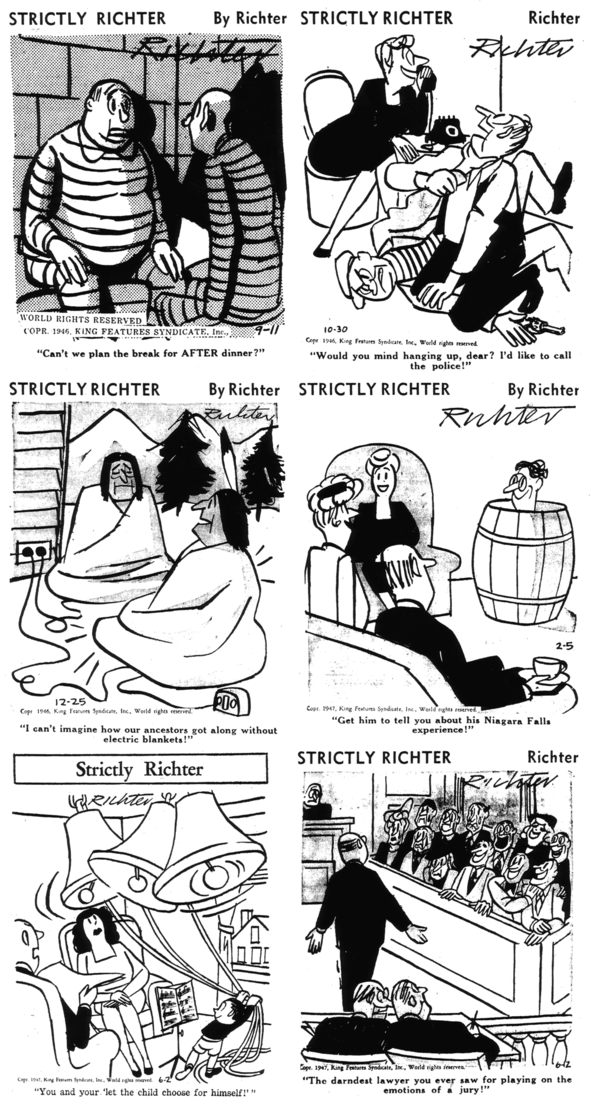 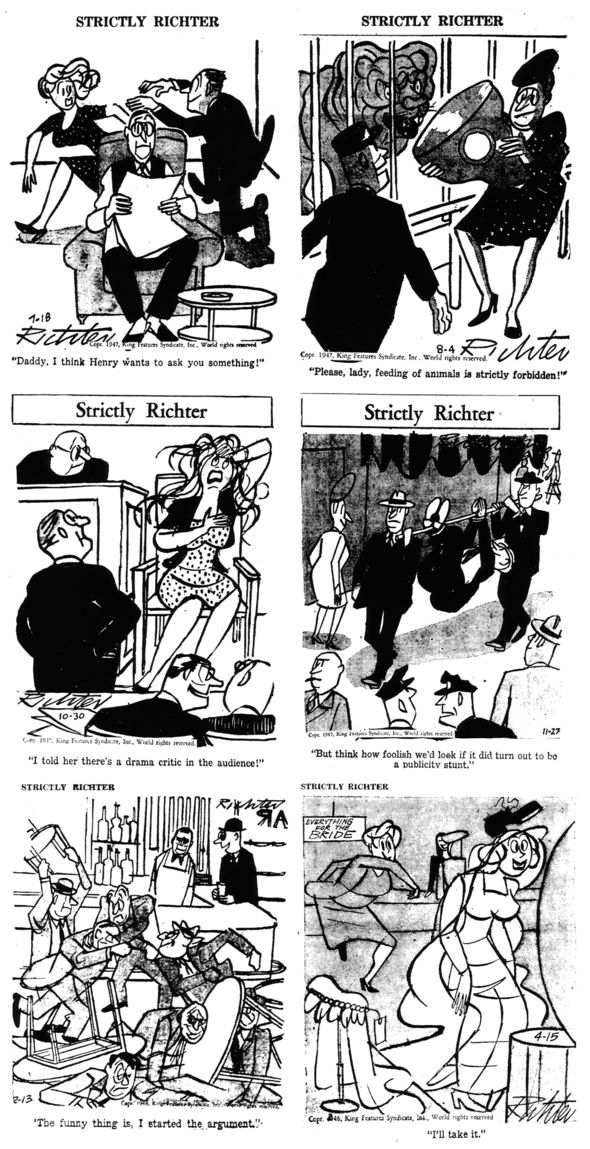 Oops! I’ll bet you thought I forgot… but no! Here’s our Mail Bag for this week:

TO Timothy Fisher-
Glad you appreciate Snuffy, I’m sure you are partaking of his adventures in the vintage site. I’ll have to come up with a Snuffy theme again. As for Jay North- I can’t remember seeing him for about twenty-five or more years. He did some ads for TV land when they were starting out, he also did a parody shot where now an overgrown adult, he was Dennis, wearing the same clothes, was terrorizing his neighborhood. I didn’t think it was as funny as it was pathetic.

TO David Colp-
Margaret is essential to Dennis’s world, an antimatter, if you will. For all of Dennis’s destructive or unsocial characteristics, he feels compelled to put up with her. If we were ever to see them grown up, would he marry her, or would he act on his often seen exclamation, “Let’s get outta here!”.