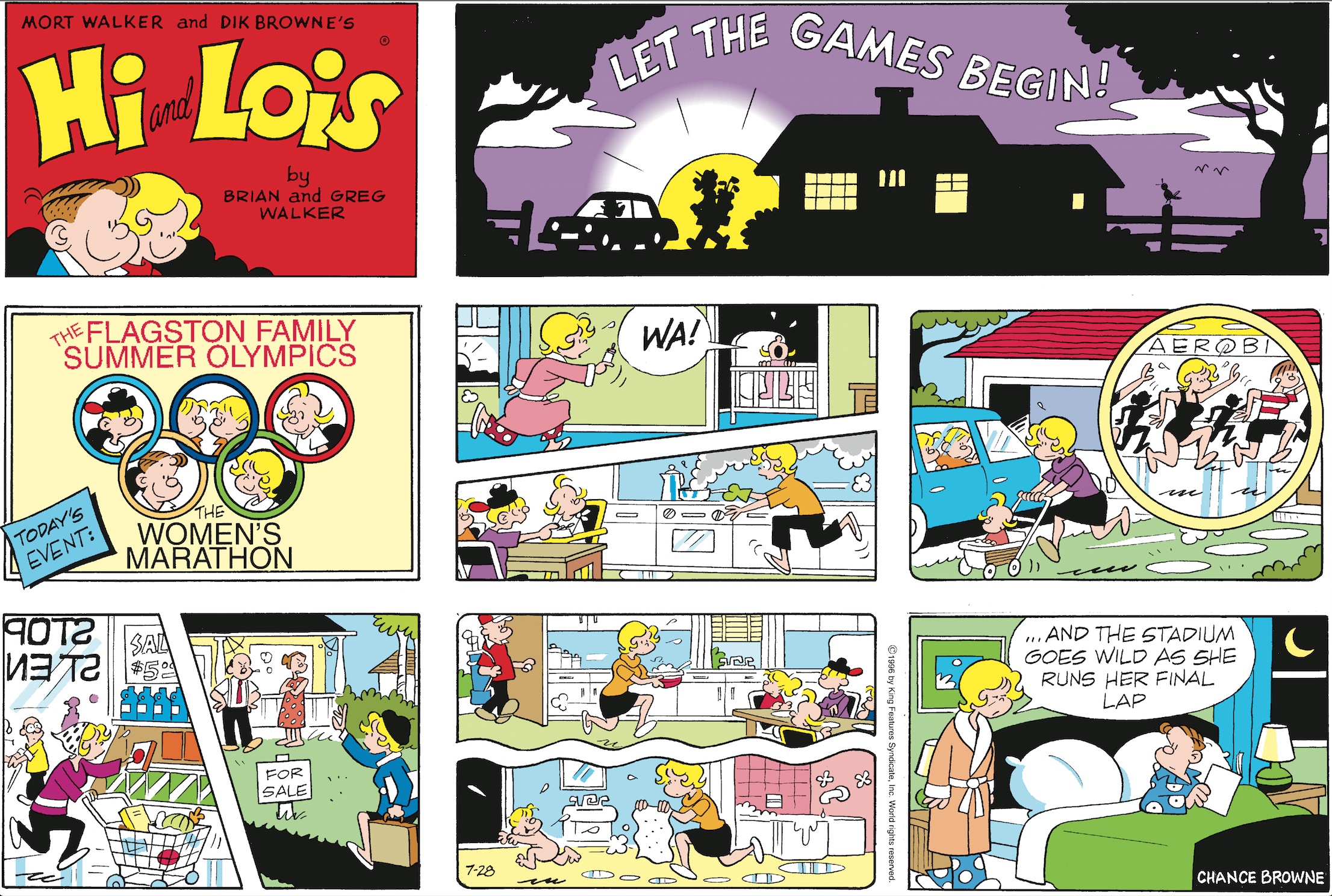 At this time, I had been reading the comic strip Rose is Rose by Pat Brady. I noticed that the married couple in the strip, Rose and Jimbo Gumbo, had a strong physical attraction to each other. Rose often teased Jimbo in a playfully sexual way.

I wondered why we never showed Hi and Lois interacting like this. They are an attractive married couple in their thirties who sleep in the same bed together every night. Although we can’t show nudity or graphic sex in a newspaper comic strip, I thought we should at least suggest that they were sexually active.

The Summer Olympics inspired me to show Lois running through her daily “marathon” of activities. In my original gag, Hi is in bed in the last panel. He looks coyly at an exhausted Lois and asks, “Want to go for the gold?” It seemed like a fairly tame punchline.

Below is the final panel the way Chance Browne drew it, before the lettering was added.

I figured I better run this page by King Features comics editor, Jay Kennedy, before we finished it. He told me it was a bad idea to do a sex gag in Hi and Lois, particularly on a Sunday when young children read the strip.

Not wanting to get in trouble with our newspaper clients, I took Jay’s cautionary advice and decided to come up with an alternate ending. Here are four more potential punchlines that I wrote. We decided to go with the last one in the published version. 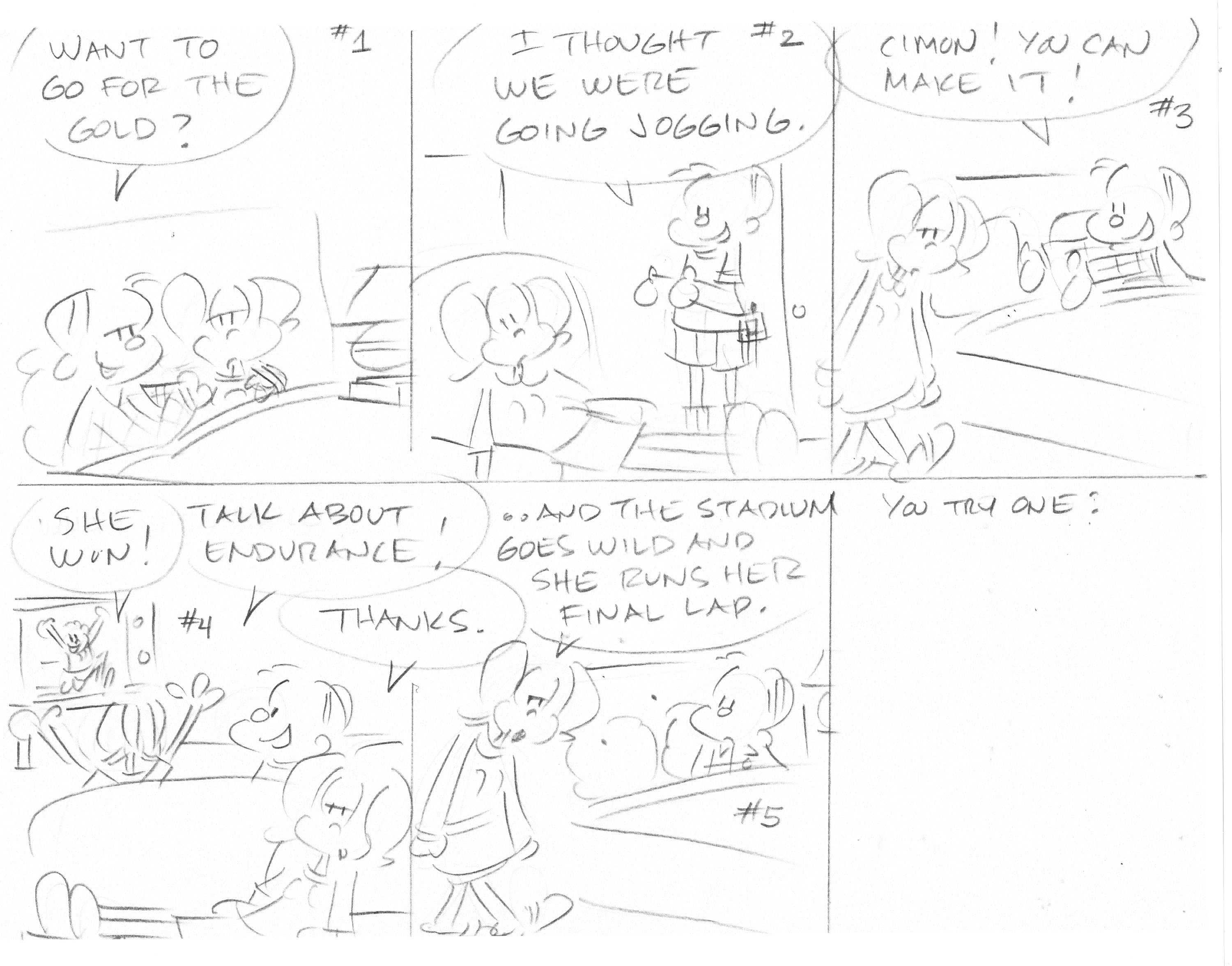 People often ask about censorship in the comics. Jay advised us against doing this, but ultimately it was our decision to change it. It was frustrating that we were unable to do such an innocent gag, but there are very strict standards for a family strip like Hi and Lois. We certainly don’t want to offend any of our longtime readers.