On August 4, 2007, the Flagstons headed west to Vagabond Ranch for a weeklong summer vacation.

When I was twelve and thirteen years old, I spent two summers at the real Vagabond Ranch in Granby, Colorado. In 1949, Charlie and Veronica Pavek, two grade school teachers from Rumsey Hall in Washington, Connecticut, purchased 108 acres in Grand County, Colorado, and started a summer camp.

During the 1950s and 60s, close to 100 campers set out from Connecticut every June in a car caravan dubbed “Wagon’s West.” I remember visiting an Indian reservation in South Dakota and attending “Frontier Days” rodeo in Cheyenne, Wyoming.

When we arrived at the ranch, there were a variety of activities to choose from including horseback riding, mountain climbing, rafting, fishing and hunting. There was even a mine where we could pan for gold.

The campers helped to construct many buildings on the property, including the main Ranch House and the additions to the old stagecoach building later known as the Bunkhouse.

We also had the option to take trips as far away as the Grand Canyon and Yellowstone Park. During my two summers there, I traveled south to Utah, Arizona and New Mexico and west to Nevada and California.

The Sunday page below shows the Flagstons arriving at Vagabond Ranch. 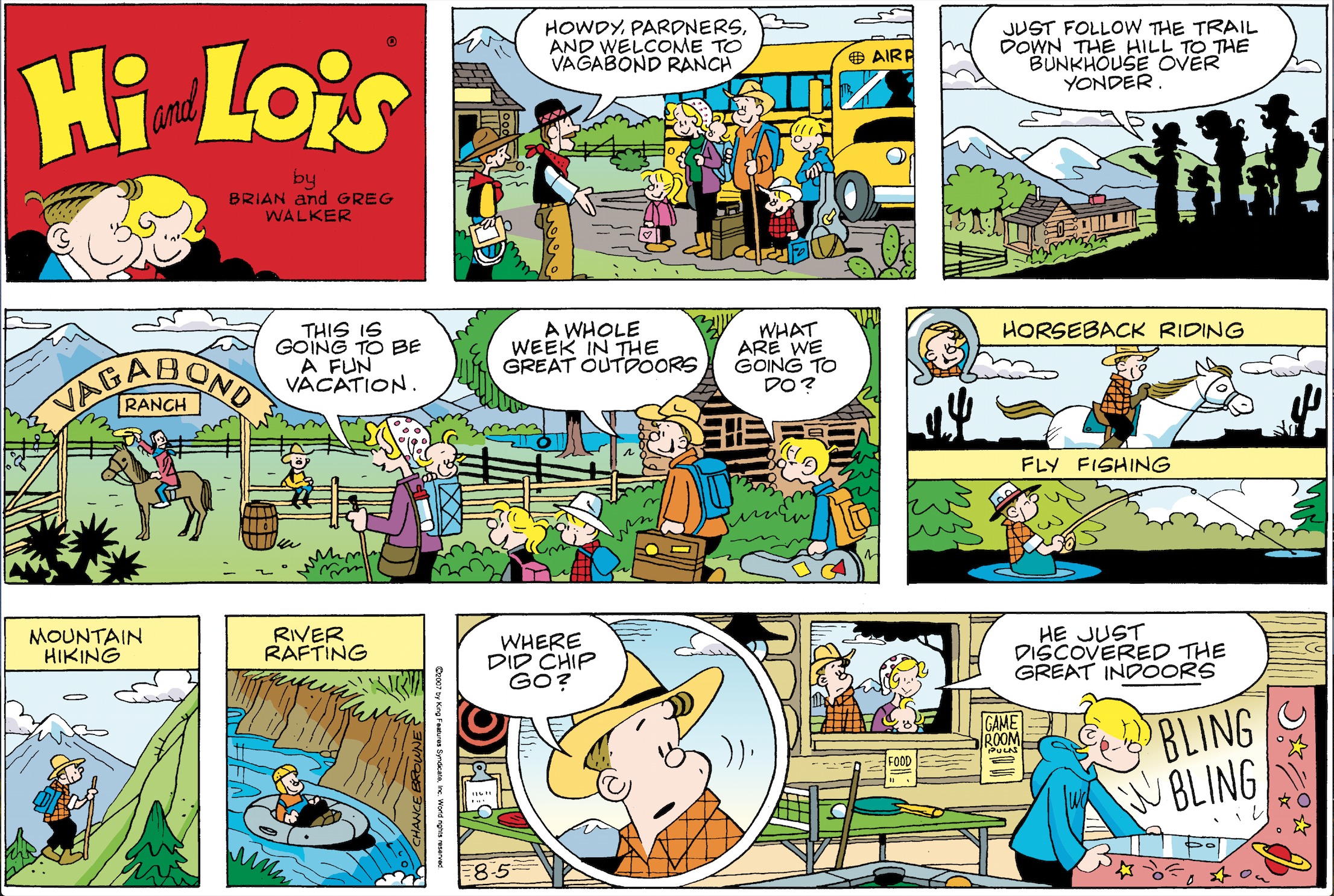 Next week we will post all six daily strips in the series.