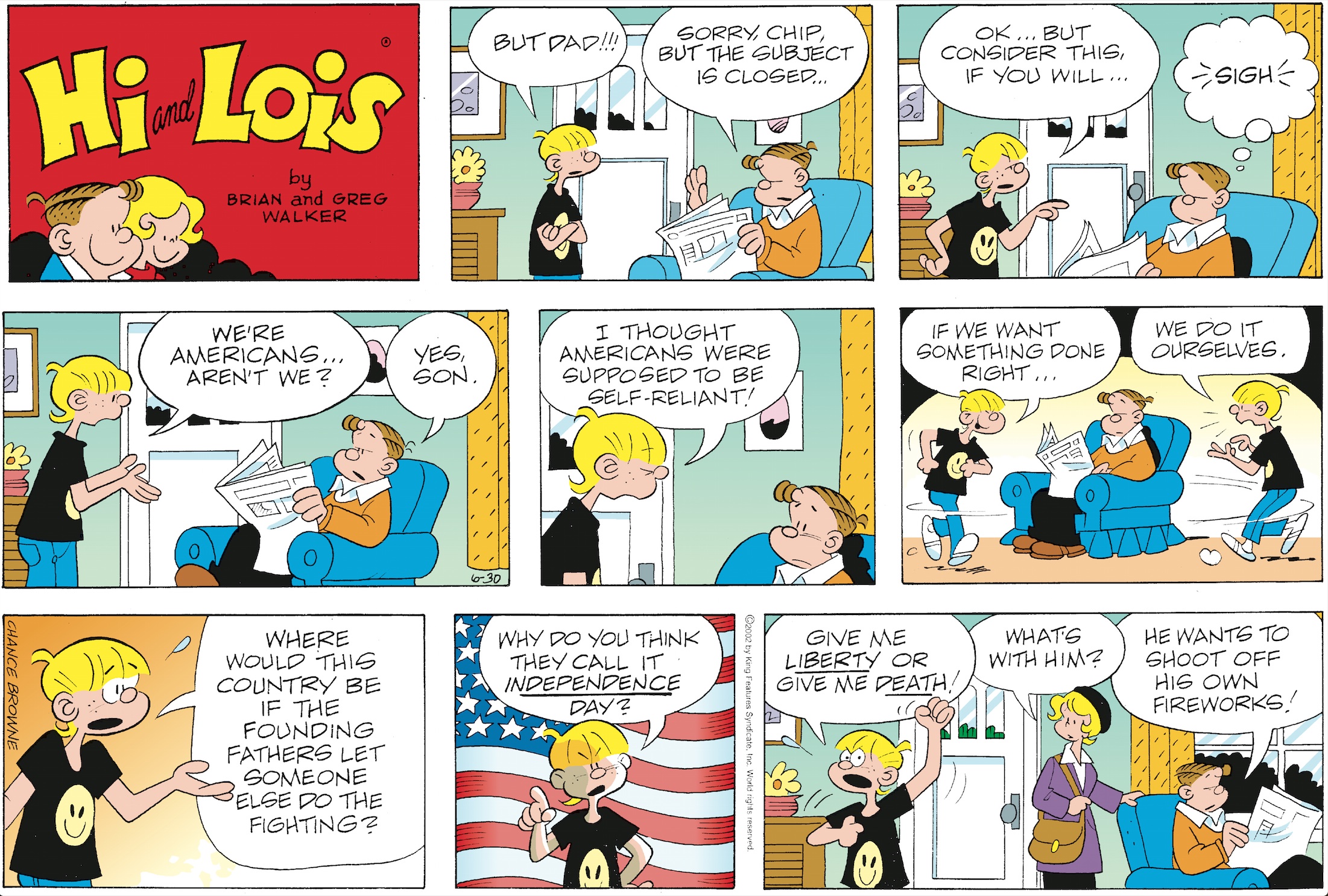 The United States Declaration of Independence was adopted by the Second Continental Congress in Philadelphia on July 4, 1776. In this historic document, the thirteen American colonies claimed that they were no longer subject to rule by Great Britain and had formed a new nation – the United States of America.

The second sentence was a powerful statement about basic human rights: “We hold these truths to be self-evident, that all men are created equal, that they are endowed by their Creator with certain unalienable rights, that among these are life, liberty and the pursuit of happiness.”

The first anniversary of the signing was celebrated in Philadelphia with food, toasts, prayers, speeches, music, thirteen-gun salutes and fireworks.

On June 30, 2002, Chip Flagston made his own declaration of independence (above). In his speech, he lectured Hi about self-reliance and concluded with Patrick Henry’s famous words, “Give me liberty or give me death.”

It is important for teenagers to proclaim independence from their parents, even if what they are asking for, as in Chip’s case, is permission to set off their own fireworks. Although he probably lost this argument, Chip has to pick his battles.

We hope all of our readers have a Happy Fourth!