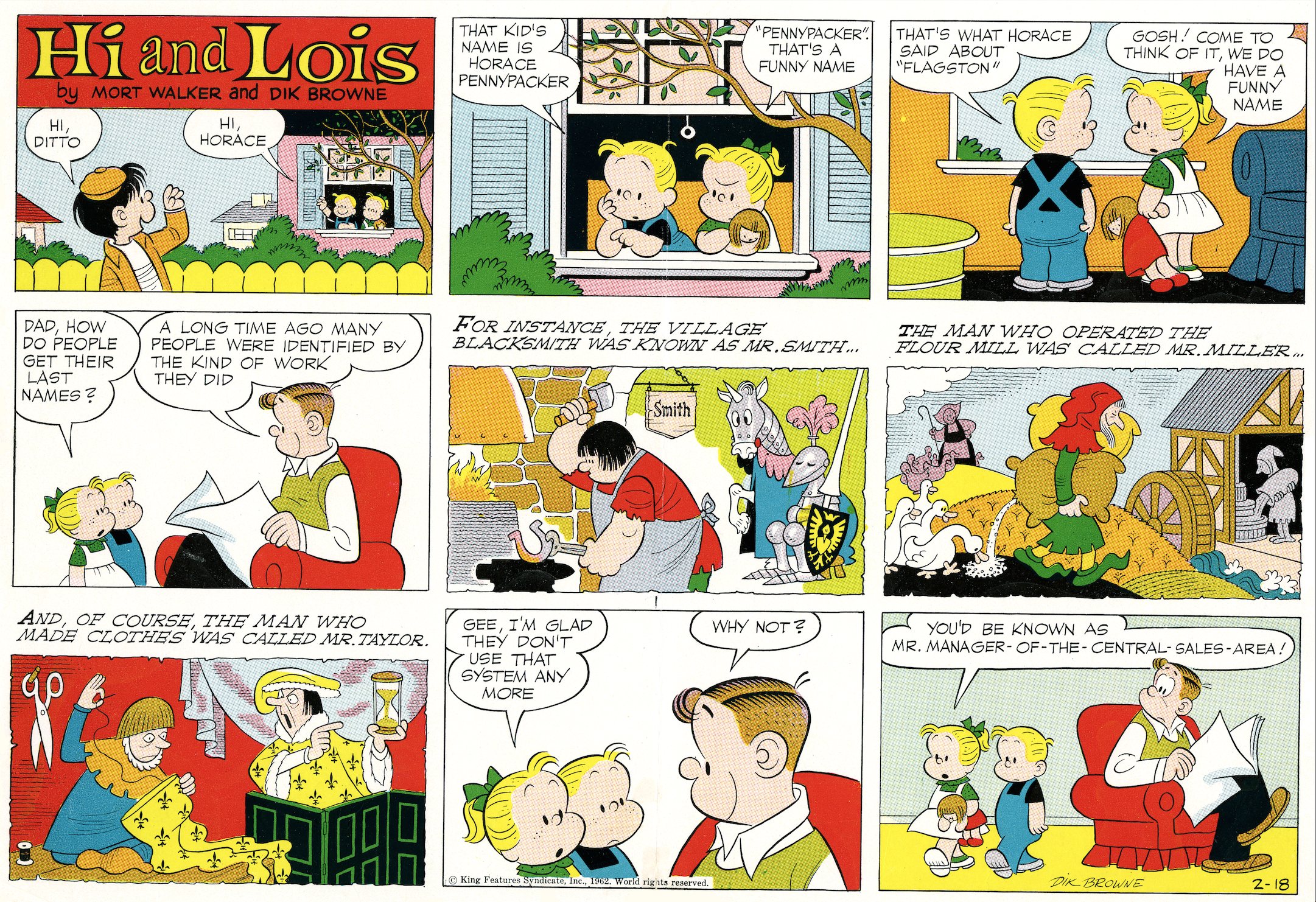 In the 1959 pilot for “The Flintstones,” the name of the family was “The Flagstones.” When the animated primetime show debuted on American television in 1960, it was changed because a similar name was already being used in Hi and Lois.   Perhaps the Flagstons were descended from a family in Medeival times that was in the patio, paving or roofing business.

Dik Browne was a history buff and the scenes in the Sunday page above reveal his affection for period detail.

“A great historian once said that history is like a bloody flaming river cutting its way through the centuries,” Dik wrote in the introduction to the Best of Hagar the Horrible, published in 1985. “But on the banks, families are doing the ordinary things,” he continued. “Raising kids, paying bills, making love, shooting craps, whatever…”

The Tracy Twins, the monthly feature that Dik drew for Boys’ Life magazine for almost twenty years, featured many historically themed episodes. Below is an example from 1966 in which Grandpa recounts a fanciful tale from the Middle Ages. 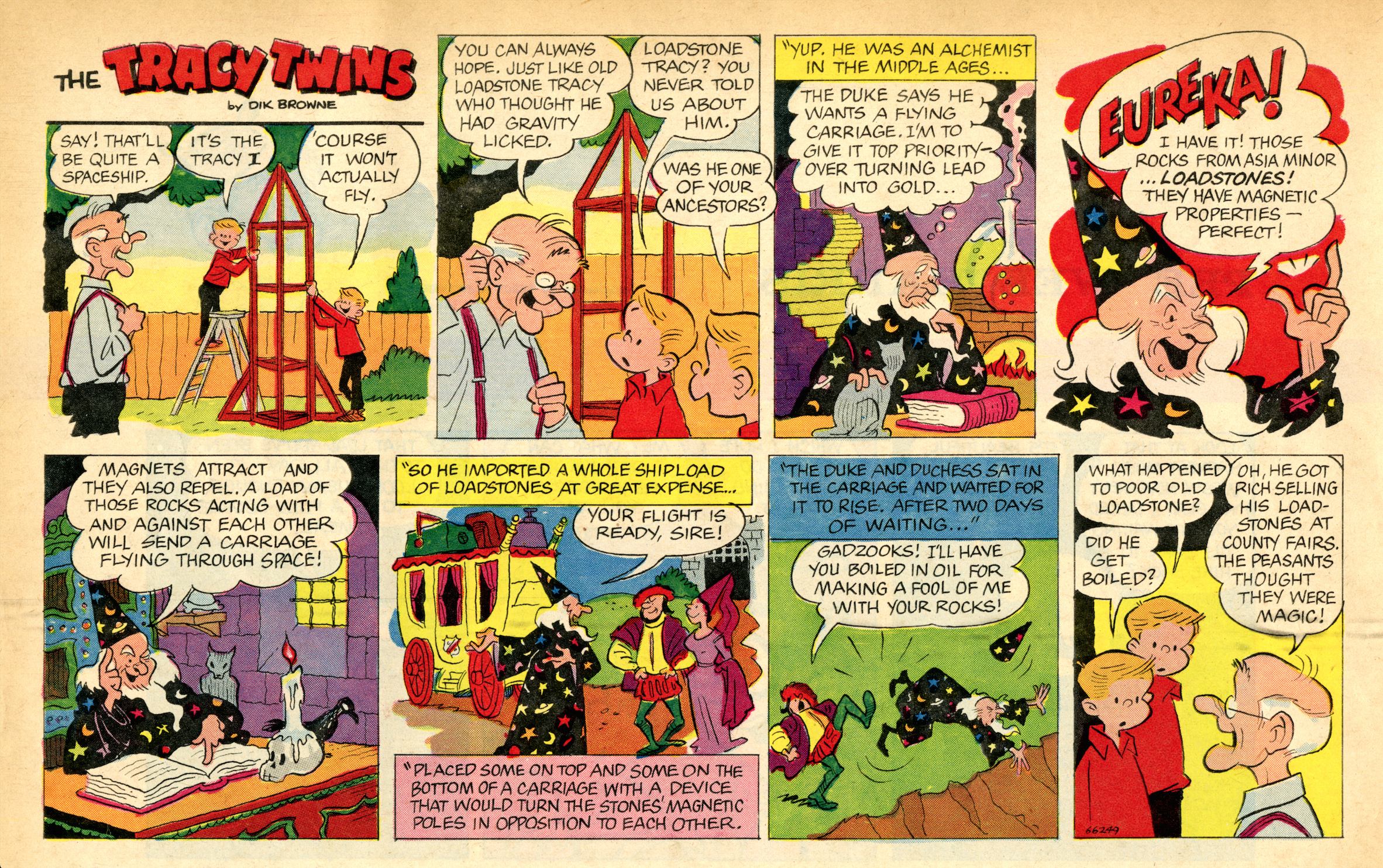 Stay tuned for more classic examples of Hi and Lois and The Tracy Twins from our archives.