Today we shall look at an obscure strip that graced the King Features Sunday pages for two years during World War Two, Aladdin Jr.

In the early twentieth century, in the era where the works of L. Frank Baum were the hottest selling works of juvenile fiction, and when syndicated comics were new, there were a lot of outright fantasy series, led by Winsor McCay’s Little Nemo. But they went out of fashion, in favor of more popular themes like kids and families. Every once in a while another appeared, and in 1942, Aladdin Jr. was launched.

The artist was the great magazine and advertising penman, William Meade Prince (1893-1951), a man of high stature in the commercial art world of the time. The writer was Les Forgrave, who did the strip Big Sister.

The storyline was this: A boy named Jack, living in a small American town (“Oatville”), finds Aladdin’s lamp, complete with a genie ready to dispense incredible magic at Jack’s command. Though the genie is not much like a stereotypical hundred-foot tall figure with a booming voice like Rex Ingram in “The Thief Of Bagdad” (1940), more like a scrawny, miniature  Sam Jaffe in “Gunga Din” (1939). The two get along splendidly, the Genie helping Jack to right petty schoolyard injustices and impressing  girls. A long continuity had Genie take the shape of a pirate, taking Jack on a treasure- and cannon-filled adventure.

But the stories didn’t seem very compelling until 27 December 1942, when a new character, an enemy, was added. The villain was sort of a caricature of the old time stage heavy with the angular face and oily moustache to be twirled. His name was Presto Hoodooni, an evil magician who owned the fabled lamp hundreds of years before, and was cruel to the genie. He’ll do anything to regain the lamp and the genie’s power, and tracked them to Oatville. Much of the balance of the series concern Jack’s efforts to thwart old Presto. 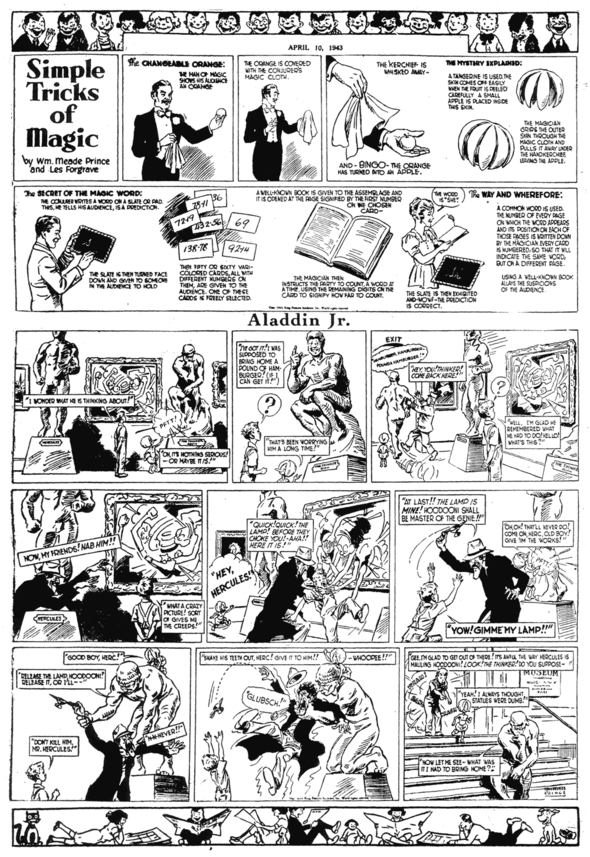 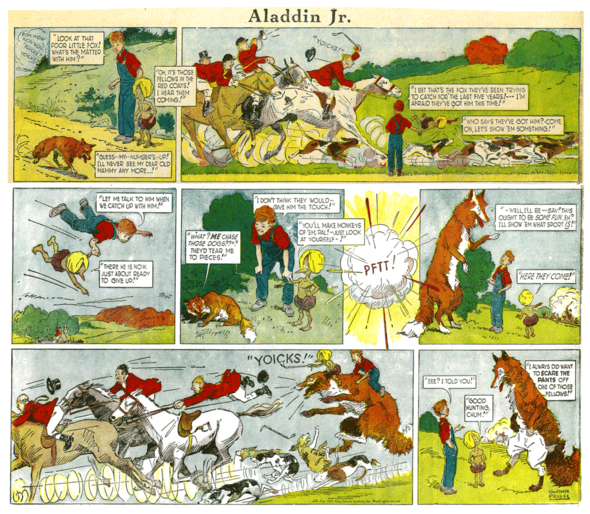 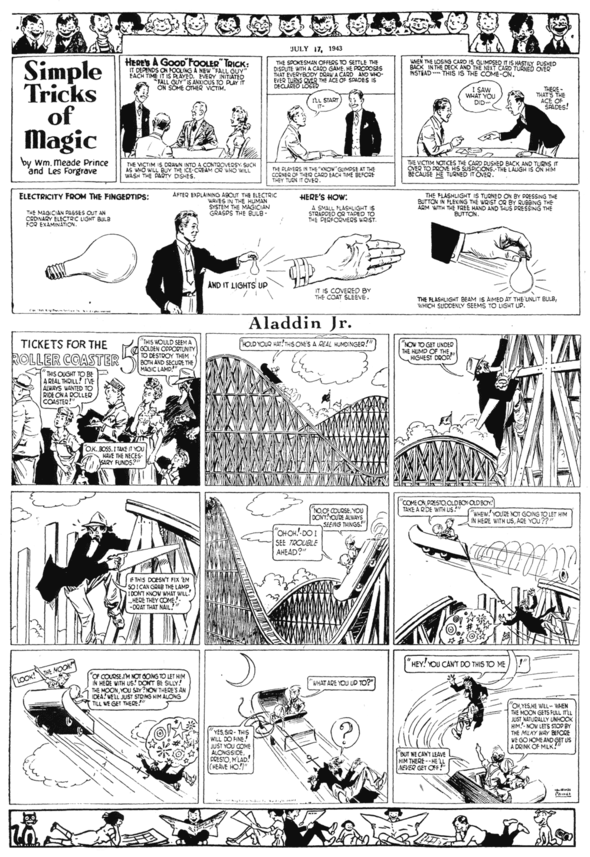 On 12 September 1943, Jack took an interest in a book about the legend of King Arthur, and genie helped him out by magically transporting them to the days of Camelot. Presto was forgotten. It might have become a humorous counterpart to Prince Valiant, the whole series was short-lived, existing only from 4 January 1942-21 November 1943. 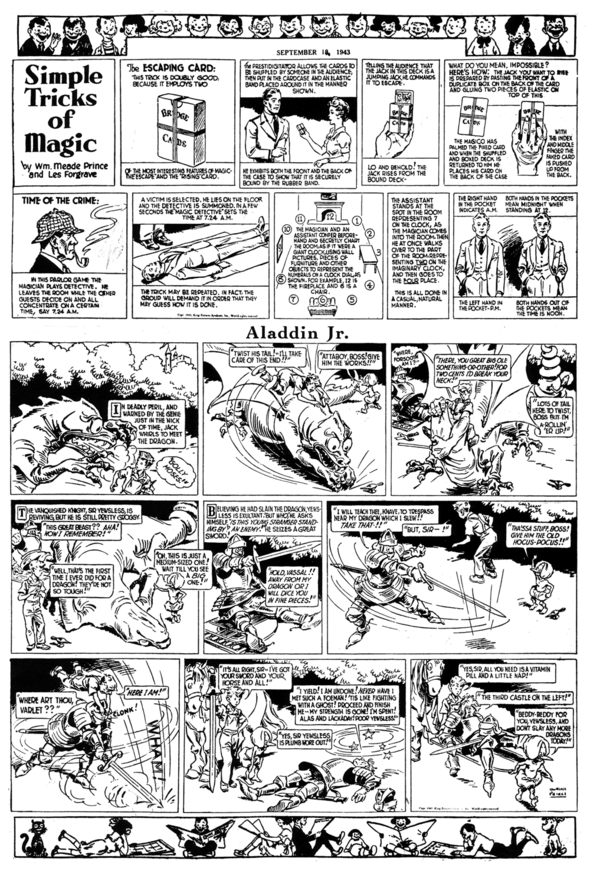 Few great illustrators bothered with comics after the 1920’s, and perhaps drawing this one was too much for Prince, though it could be that it just didn’t capture the public’s imagination. The top strip, “Simple Tricks Of Magic” was a non-starter, even in the Hearst PUCK sections, it was often dropped to make way for advertising space.

And now, on to the Mail Bag.

To Timothy Fisher, kerumbo, hyhybt-
Thanks for enjoying the Trail Tips. I had hoped you all might get up and go hunting and fishing, though.
I could use a nice tasty catfish smothered in venison about now.
Yours,
The Archivist Features King.