A Lesson In Latin

As you may have noticed, yesterday’s strip included a bit of Latin as Dustin travels to Rome with Megan’s high school Latin club all this week and the next.

Trouble is, I got it wrong.

A reader gently let us know that “noscere vos” means “to recognize you all” and not “nice to meet you.”

Our reader, by the way, is not just any reader, but Dr. Edward “Ted” Zarrow, a Latin teacher from Massachusetts, who just so happens to be the 2016 National Foreign Language Teacher of the Year.

Could you get a more expert interpretor?

Full disclosure, the error is my fault entirely. I wrote that gag using Google translate, a glaring mistake. I wish I had had Dr. Zarrow’s expertise to tap into then, instead of relying on some dubious technology.

Strangely, Dustin’s final panel response in Latin wound up being correct, and yet, so very incorrectly used.

All of this serves to remind me of one of the funniest Monty Python bits ever — here, from “The Life of Brian.” 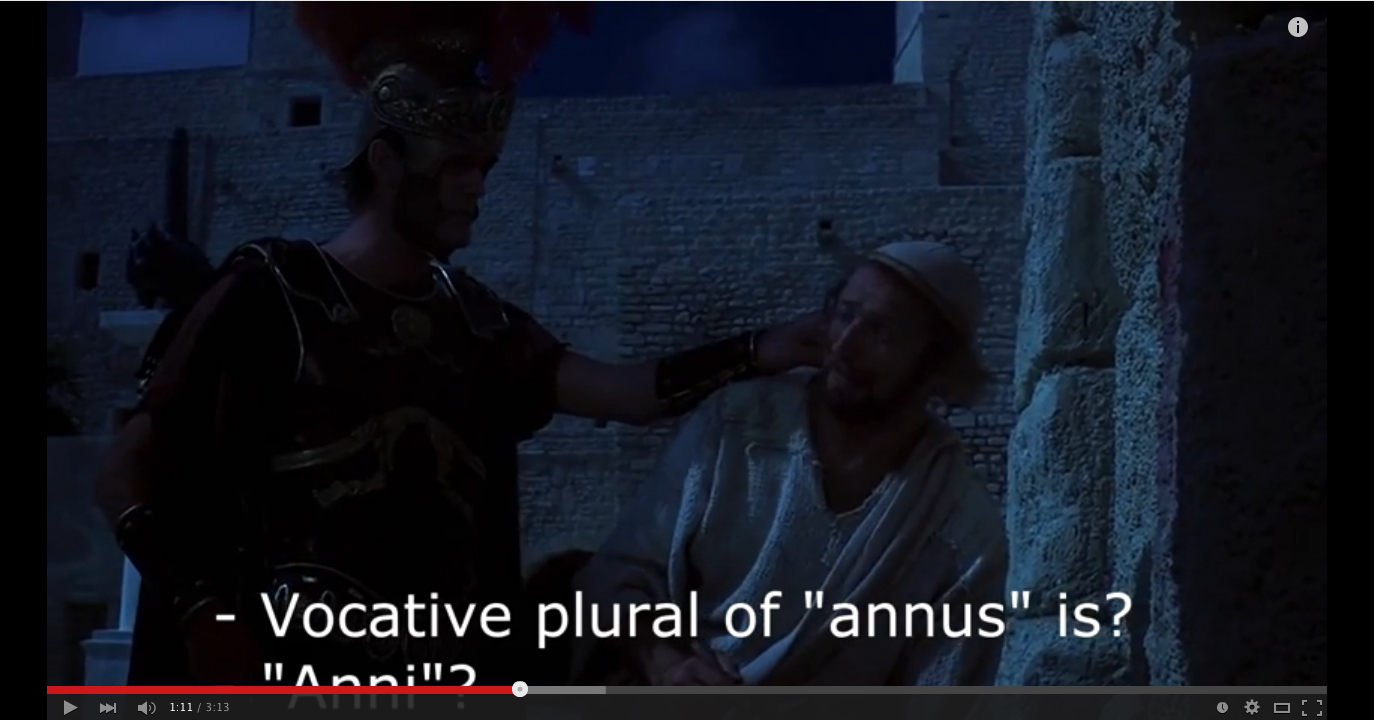