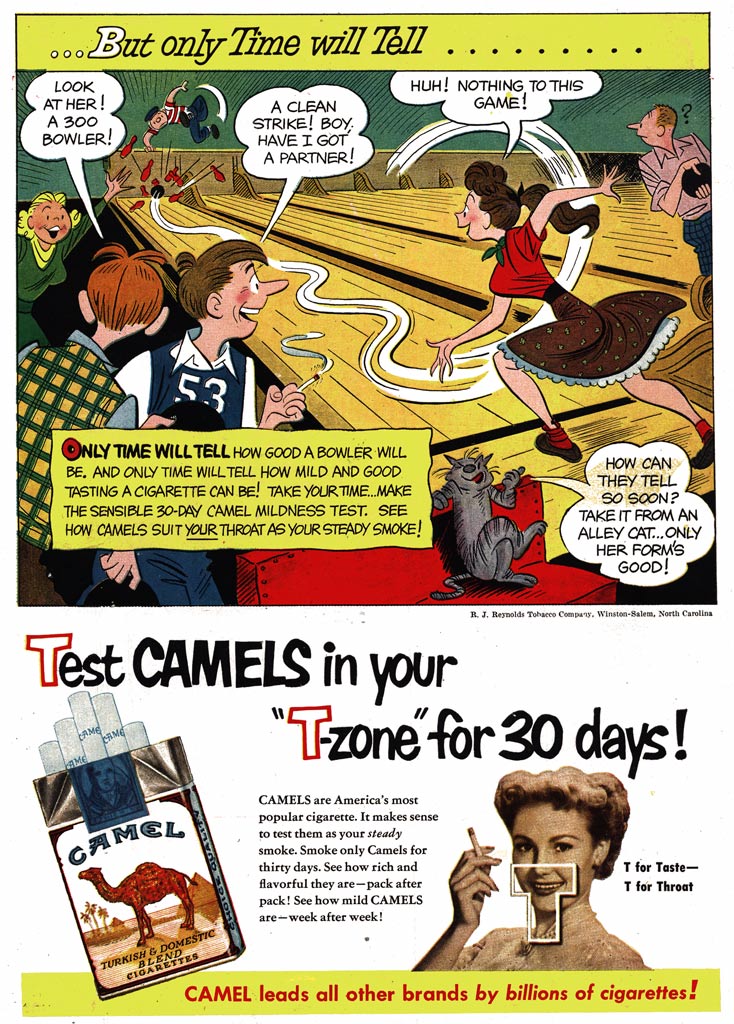 Ger Apeldoorn, a Dutch writer and comics historian, has a blog entitled “The Fabulous Fifties.” On September 15, 2012, he featured some of Dik Browne’s advertisements for Camel Cigarettes on his site. Here is a link to that post: http://allthingsger.blogspot.com/search?q=Brownies

Ger wrote, “All through the forties and fifties lots of ads in the Sunday section were done in comic strip form, often drawn by the same people who worked for the strips, or would be working for them later on. One of the major companies supplying these sorts of strips was Johnstone and Cushing. Dik Browne and Gill Fox were two of the famous artists working there, but there were many more. Almost none of these strips were signed, of course. As Dik Browne said, ‘if you signed your strip, you were in fact saying that that was your one and only style. It was better not to sign and work in lots of different styles.’” 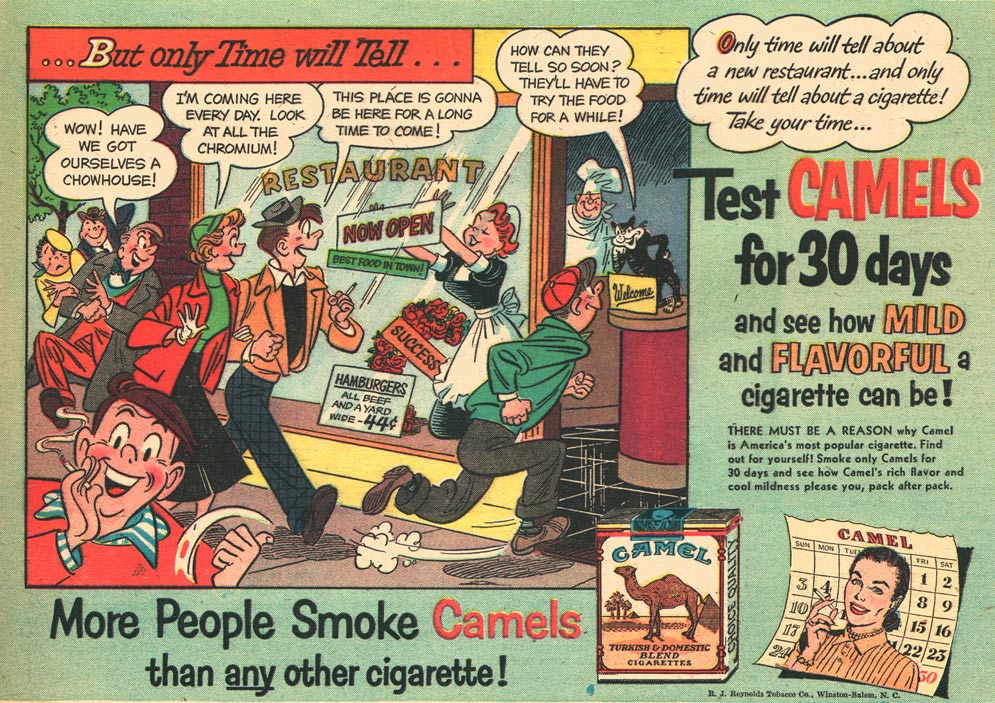 “All this makes it very hard for a collector to identify the artist in some of these strips.” Ger continued. “Even harder, because there seems to have been a house style, both comic and realistic. The realistic style was set by people such as Lou Fine, Stan Drake, Leonard Starr and others working in the ‘photo-realistic style,’ which was a continuation of the work of various magazine illustrators of the thirties and forties and the comic art of Alex Raymond. The funny style was a blend of Chic Young (Blondie), Harry Haenigsen (Penny) and a heavy dose of what Browne and Fox put into the mix. And if the client wanted something different, that could be done as well.”

The Camel ads shown here were part of a series that ran for over four years in the early 1950s, which was inspired by Jimmy Hatlo’s They’ll Do It Everytime. Although they are unsigned, it is very likely they were drawn by Dik Browne shortly before he started working on Hi and Lois in 1954. Ger believes that these represent some of Dik’s best work while he was at Johnstone and Cushing.