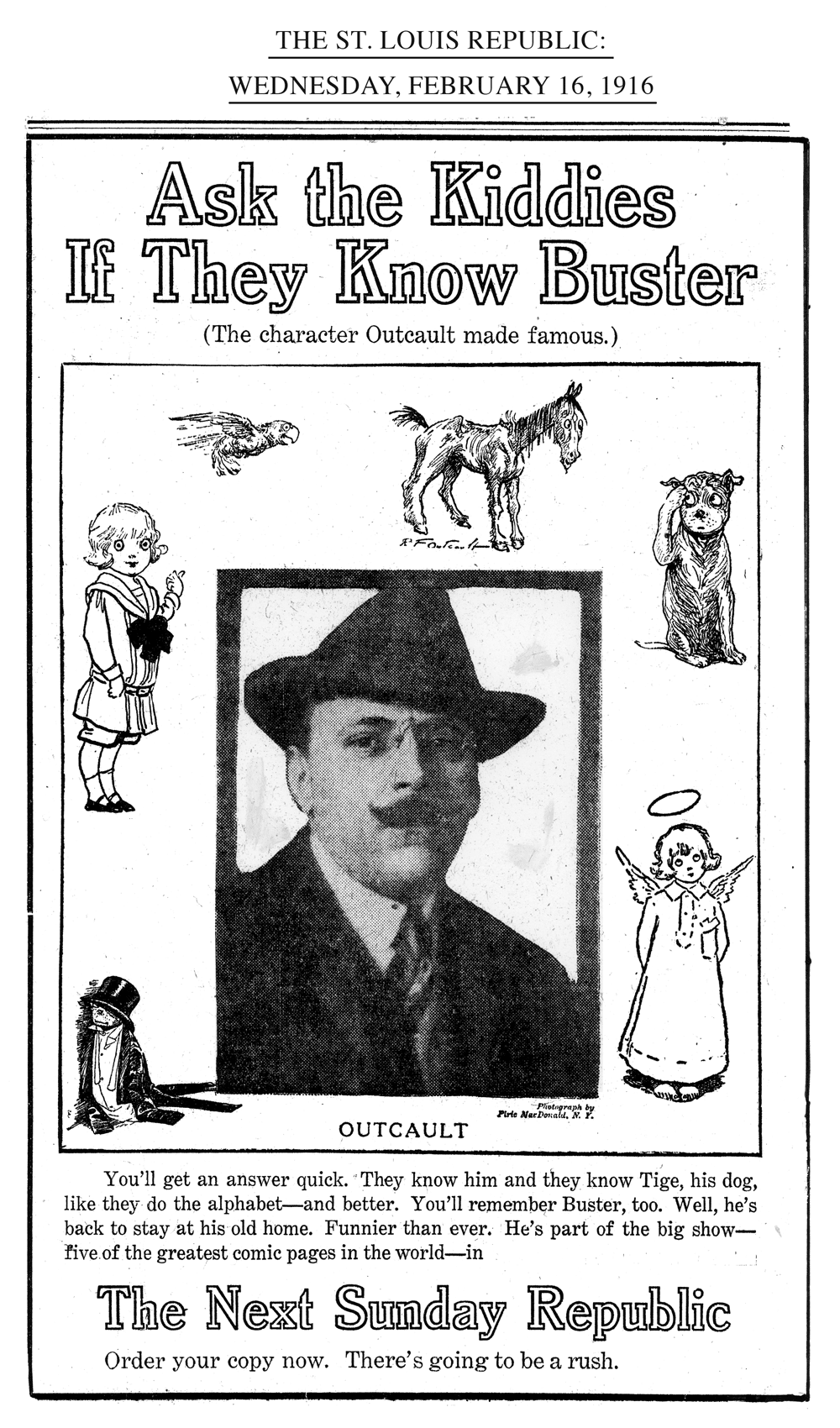 One hundred ten years ago today, a non-momentous event took place: Buster Brown joined the Hearst fold. Buster’s creator, Richard Felton Outcault (1863-1928) had created him over at the New York Herald’s syndicate in 1902, and had developed a huge following. In addition to being a great portrayer of hilariously rampant havoc, Outcault was a brilliant business man. He’d made a fortune with The Yellow Kid back in the ’90s, pioneering the art of licensing. Buster was even more of a profit spinner, with the misbehaving tyke’s visage on everything from bread to cameras to cigars. One of the many licensees, the Brown shoe company, adopted Buster as their spokesman for their main brand of children’s footwear in 1904, and is now the only lasting legacy of the character.

The journey from one syndicate to another was not an unusual one for many of the top artists during the dynamic first fifteen years of comics, before the syndicates settled into standardization. Outcault himself had jumped the Hearst ship to go to Pulitzer and then to the Herald in the previous decade, so his return wasn’t unprecedented.

A notable phenomenon of the era was the rip-offs that were left in the wake of syndicate switches.  Some of these men owned their characters, like Carl Schultze, who could take Foxy Grandpa wherever he wanted. But Outcault couldn’t take the name “Buster Brown” with him. He learned this soon after leaving the Herald, which owned the trade mark, and he had to stop using it.  Outcault could use Buster and the other characters, Tige and Mary Jane, but never naming the strip, only using a subtitle. The Herald kept on producing their own “official” version, ghosted by unsigned artists; possibly Will Lawler, Norman Jannett or Wallace Morgan, according to Alan Holtz. They were, on the whole, really slapdash creations by less-than-inspired hands, running them until 1911.  Outcault’s version kept going until 1921, by then with assistants doing most of the work. 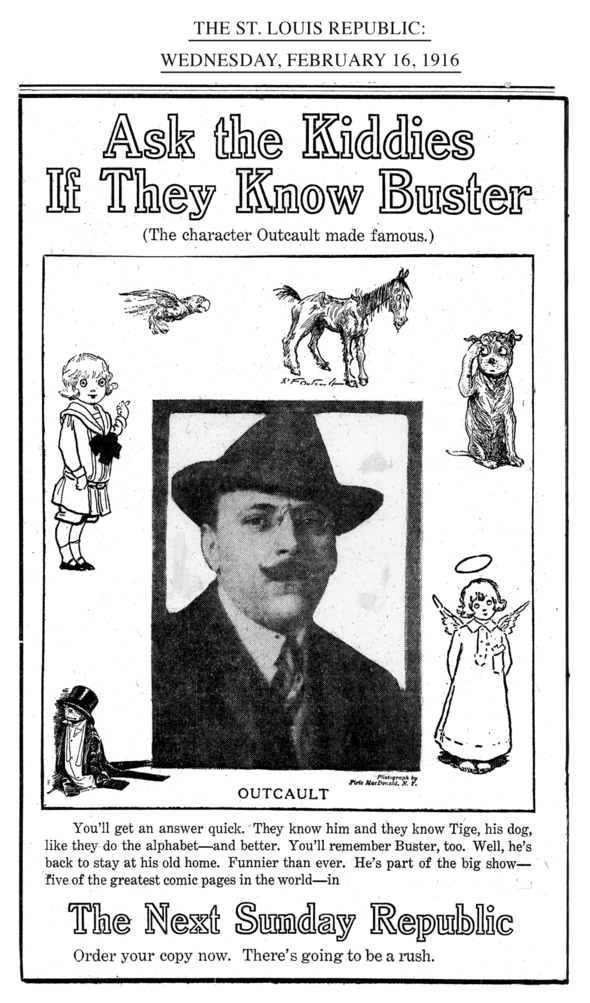 RICHARD F. OUTCAULT LOOKS OUT FROM A LATE ISSUE PROMOTION FOR BUSTER BROWN. 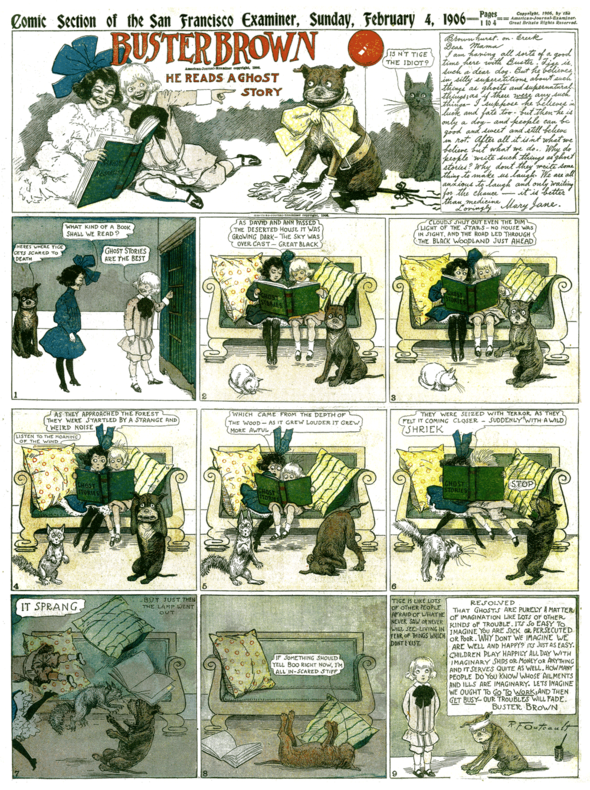 AN EARLY (4 February 1906) HEARST BUSTER BROWN WHILE OUTCAULT WAS STILL ABLE TO USE THE NAME. THE FORMAT IS STILL IDENTICAL TO THE NEW YORK HERALD SYNDICATE’S VERSION. 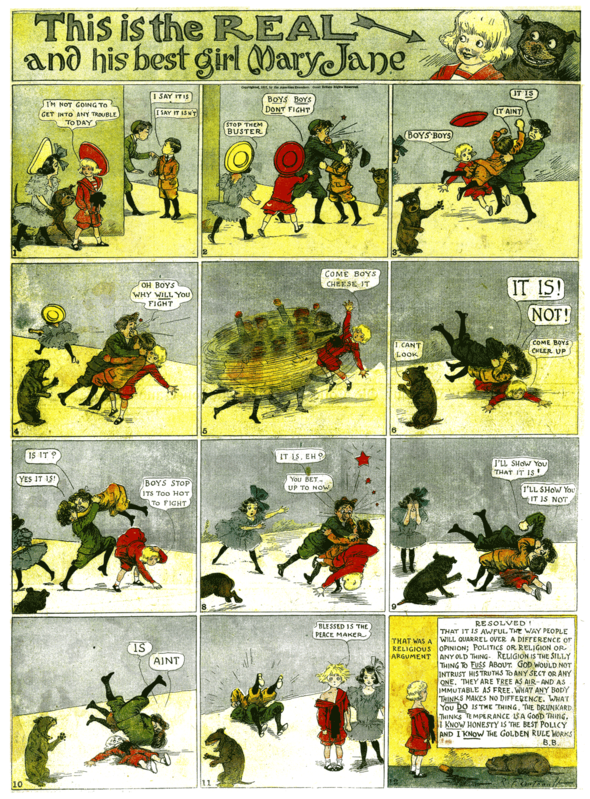 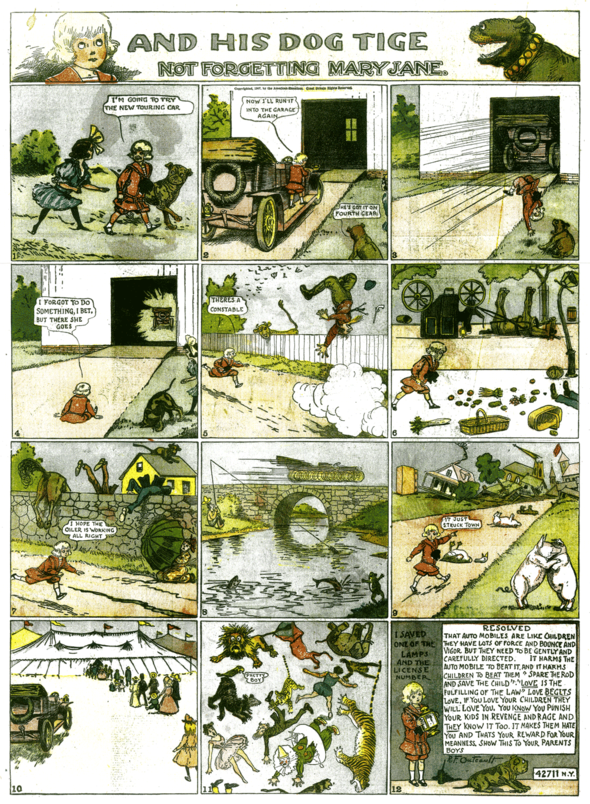 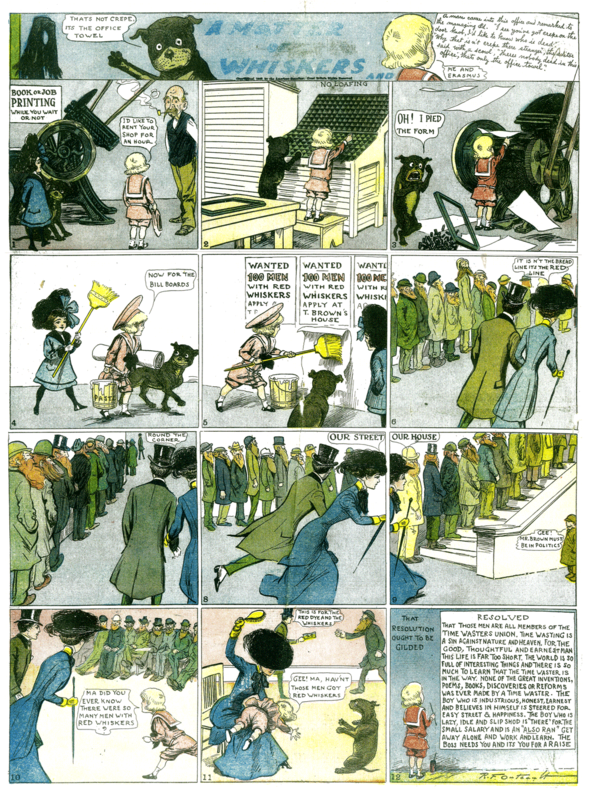 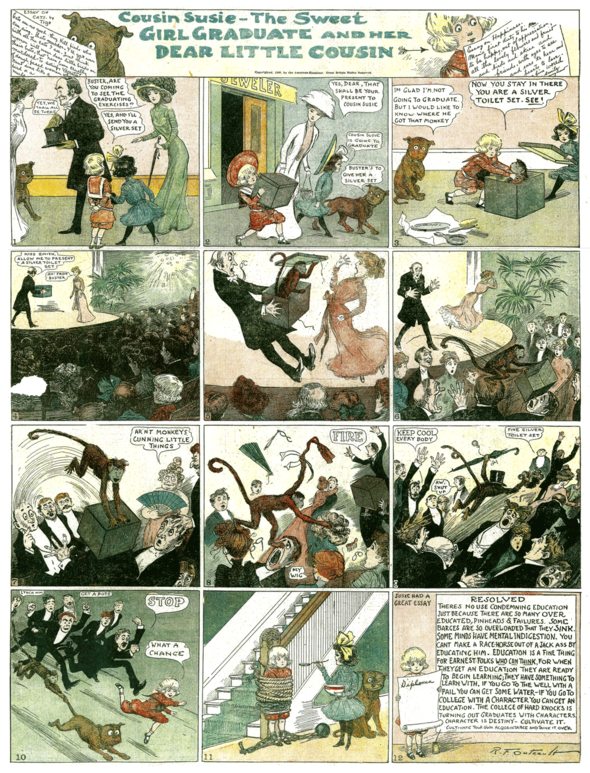 Glad to bring some of Gross’s cartoons out, especially from a really obscure series like this one. It should have lasted longer than just a short six months. He probably could have kept going with it, but it would’ve been easier to write for characters in a situation comedy than just straight gags every day. Selling a title to clients is easier with a regular storyline also, and that’s why Dave’s Delicatessen came about.

To be here next week with some other laughs, giggles and snorts from the groove yard of forgotten fun.