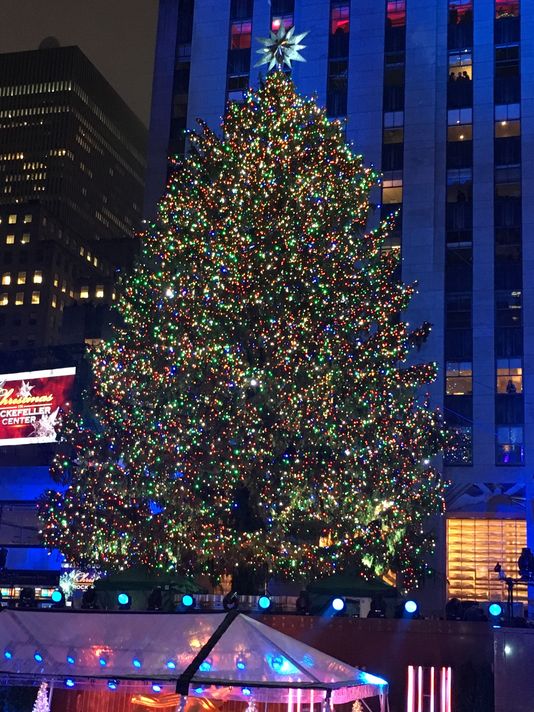 The holiday season in New York City officially began on December 2 with the 83rd annual lighting of the Rockefeller Center Christmas Tree. The seventy-eight-foot tall Norway Spruce was donated by Albert Asendorf and Nancy Puchalski from Gardiner, New York. Asendorf said the tree had been on his property since 1957.

A tradition for over seven decades, the Tree has been a gathering place for holiday revelers as well as a reflection of world events. Even before the first formal tree went up, workers lined up beneath a Christmas tree on the Rockefeller Plaza construction site to collect their paychecks during the height of the Great Depression. People from around the world came after September 11th to see the Tree decorated in a patriotic red, white and blue. Today, more than half a million people pass by the Tree every day, making Rockefeller Center the epicenter of New York City’s holiday celebrations.

The custom of displaying a decorated tree for the holidays can be traced back to the 15th and 16th centuries in Germany. The first Christmas tree appeared in the American colonies as early as 1777. Public Christmas tree displays became common in the United States beginning in the early 20th century.

For most of us, decorating our homes for Christmas begins with the acquisition of a tree. Many people own artificial trees which they use every year. For purists, like my family, there is the annual chore of purchasing real trees from neighborhood vendors. We get ours from the Exchange Club of New Canaan, Connecticut, which helps to raise money for local charities.

My occasional frustrations with buying a tree, transporting it home, assembling the stand and decorating it inspired this Hi and Lois Sunday page. 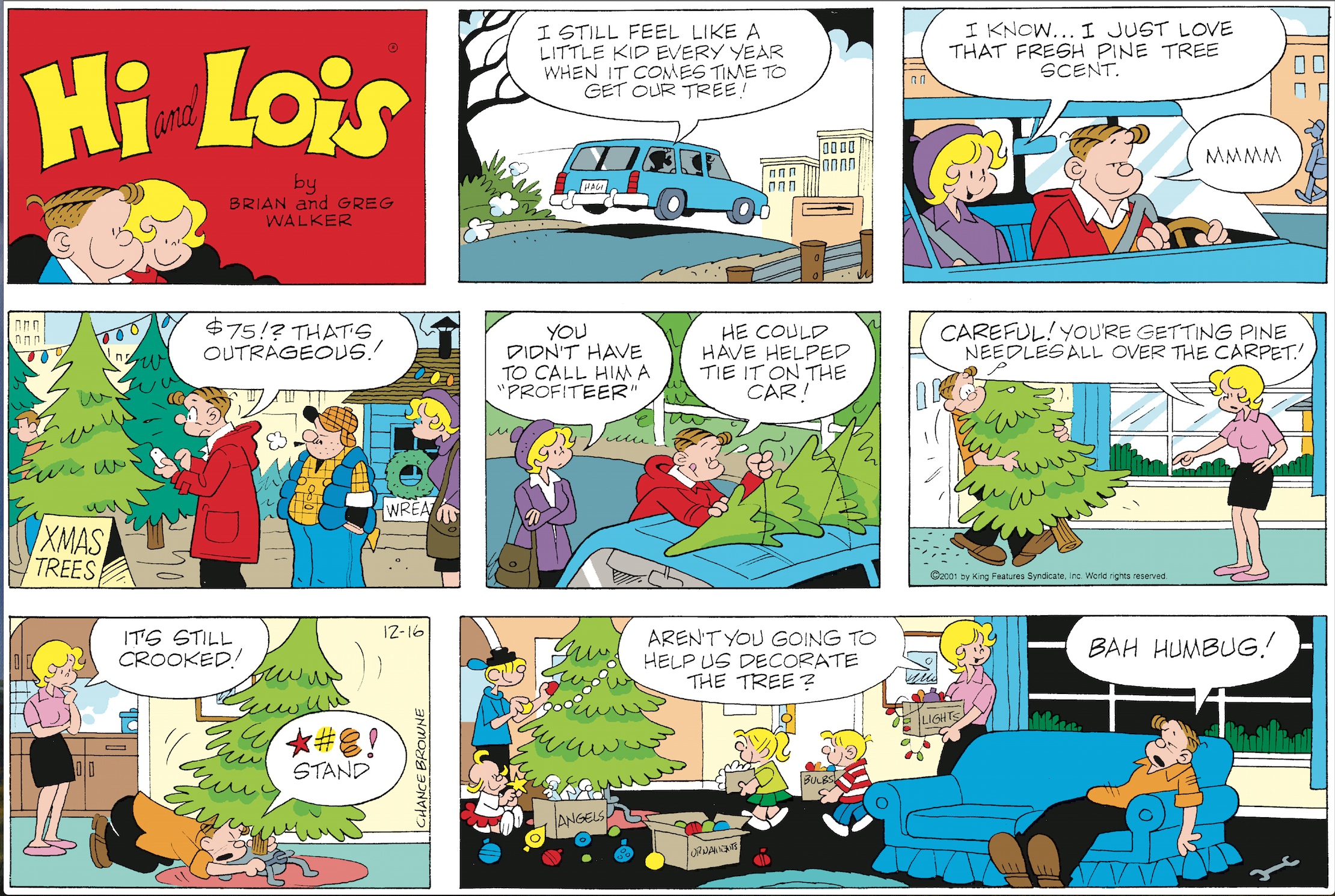