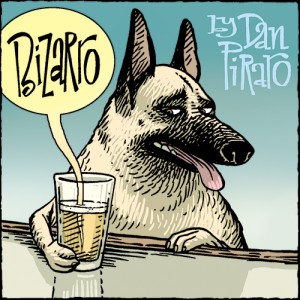 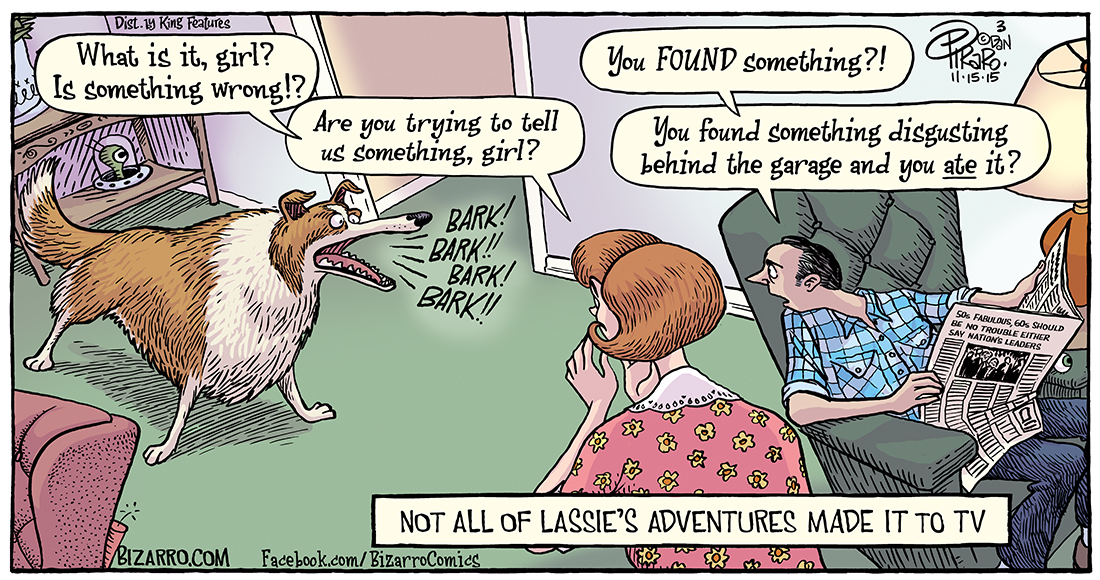 Bizarro is brought to you today by Making the Best of a Plumbing Leak.

I watched a lot of episodes of “Lassie” when I was a kid and they were all pretty much like this: Lassie and the boy are wandering around killing time, the boy gets in trouble (trapped somewhere), Lassie runs back to the adults and barks at them, they follow him to the boy and save him. It was dull by modern TV standards and I can’t say that I watched it for entertainment as much as for the comfort that comes from predictability. Like the reason people used to be hooked on the comic strip “Nancy” when still drawn by Bushmiller. You knew it would be a shamelessly corny joke every day and you were never wrong. There’s something comforting about that. 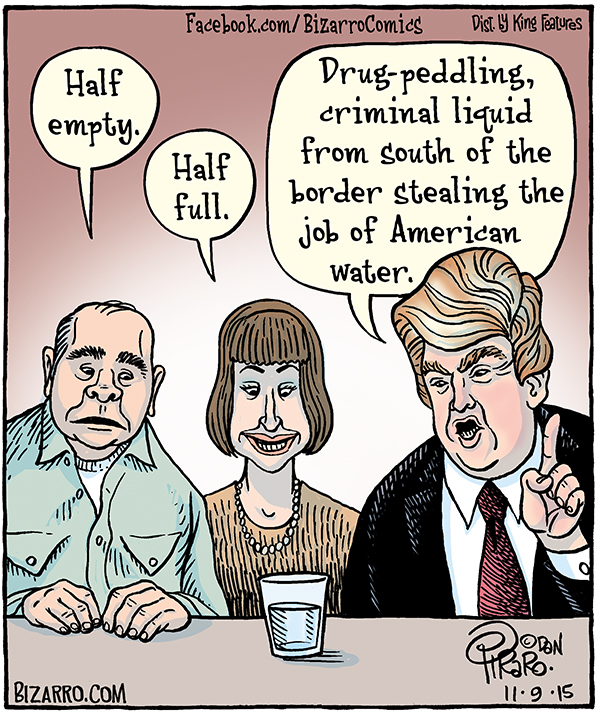 I’m glad I got this cartoon published before Donald Trump’s moment in the Presidential Campaign Sun is over, as I suspect it will be soon. I submit my cartoons around four weeks ahead of publication, so it’s always a crapshoot when doing something topical. If I thought Trump or Carson or Fiorina could win the White House I’d be terrified, but since that’s a longshot, I can sit back and enjoy the show. You have to admit that Trump and (especially) Carson are hilarious: Trump because he knows saying stupid things will get him press and Carson because he can’t help but say stupid things. I actually prefer Carson’s hapless idiocy much more amusing than Trump’s intentional version of it. 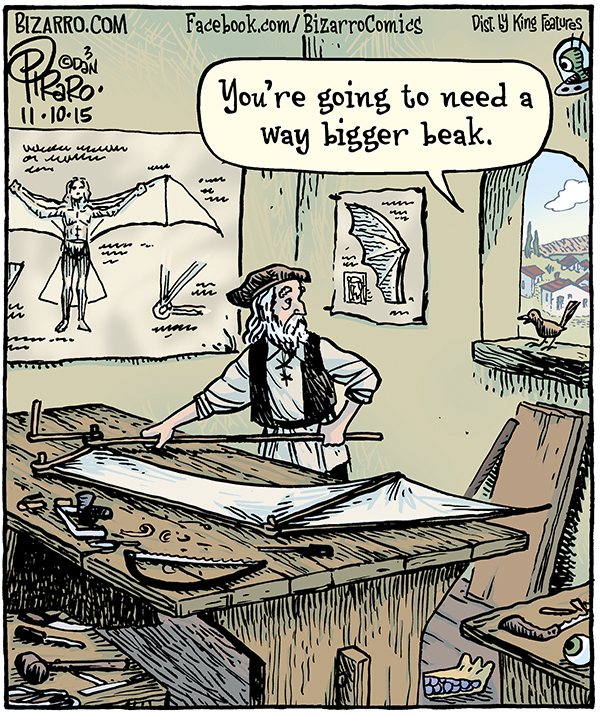 There was a time when people thought that to fly, all we had to do was make ourselves look like birds. So they built giant, wooden and canvas wings and a tail, strapped them on and jumped off of cliffs. What they were missing, of course, was the beak. 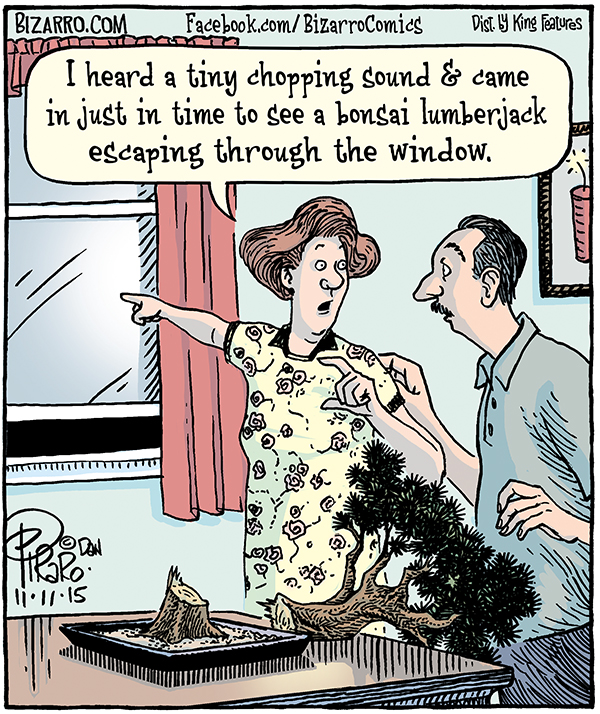 If you’ve got one or more bonsai trees, keep your doors and windows locked. And don’t forget to seal off your dryer vent when not in use. Tiny lumberjacks can easily fit right through those things. 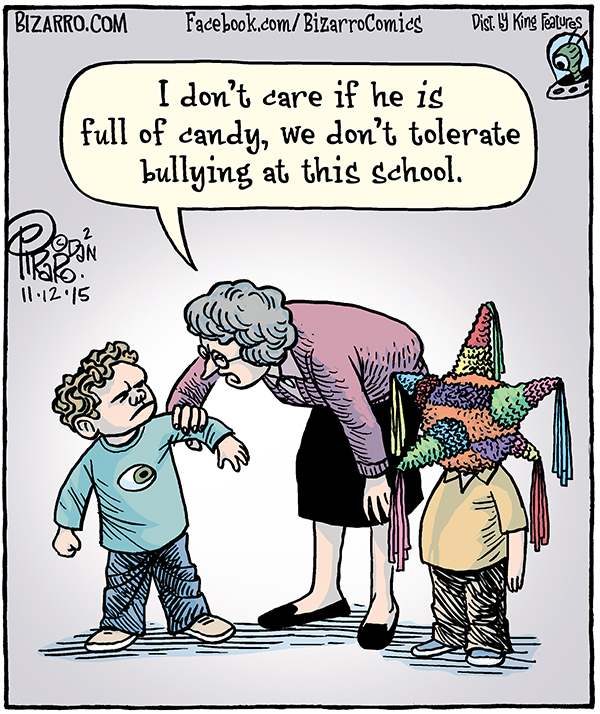 There were two notable bullies in my childhood. I lived in fear of them. As I got into middle school, I learned to fend them off with humor by making them seem foolish in front of other kids, thus robbing them of their power. This would not have worked had I not been a very fast runner, so I don’t recommend it to kids who are not. 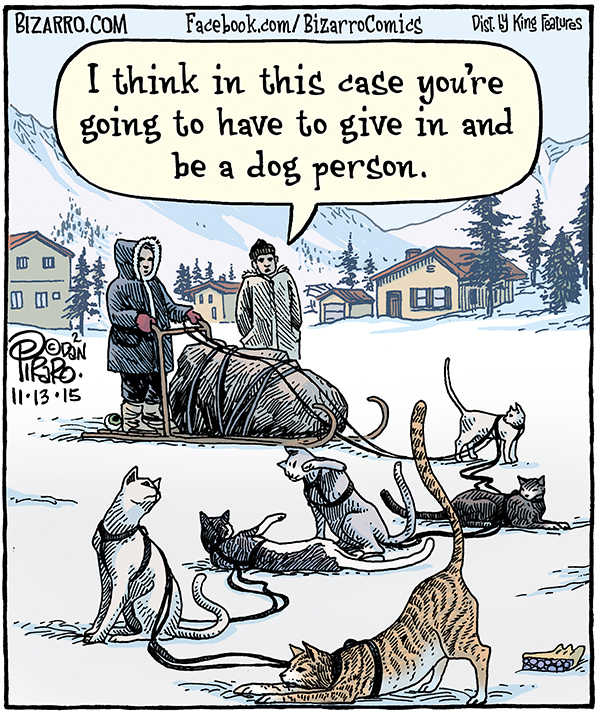 Cat people vs. dog people has been on my mind lately. Olive Oyl and I have one of each so the subject comes up a lot. Say what you will about dogs, at least you can put them to work if you don’t have a car and there is enough snow.

Memphis was a city in ancient Egypt. It even had Carsonian grain storage buildings which we now call pyramids. Memphis is also a city in the United States that is not too far from Nashville, the capital of the country music industry. I am unaware of any unusually shaped grain storage units there.

That’s what my week was like, I hope yours was full of mirth and merchandise. Have a great week, Jazz Pickles! By the way, if you’re in Portland, Oregon, I’m performing at the Portland Veg Fest this afternoon at 5pm. (Sunday, November 15) Come see me!