Seventy years ago the world had peace after six years of World War, and the comic stars that went to fight returned just like their real-life counterparts. See more here:

One of the Hearst characters that debuted during the War was Private Breger, the short, horn-rimmed hero of Private Breger Abroad, by Dave Breger. I covered some of his wartime exploits here:

But when the war ended, so did Breger’s career as a soldier. Today we see how he was demobbed and his transition to civilian life.

On 22 October 1945, Dave, now out of uniform, could no longer be called a Private, so he and the panel became “Mister Breger.” In the first episode he proudly shows off his Honorable Service Lapel button, (also known in popular vernacular as “the Ruptured Duck”) .

He made the transition to civilian life with some difficulties, as seen above, but these incidents probably didn’t reflect any real G.I.’s experience. Breger had a great sense of the absurd, a fresh approach to gag humor of that era.  Similar titles that were to follow were Irving Phillips’ Strange World of Mr. Mum or the great Virgil Partch’s Big George. 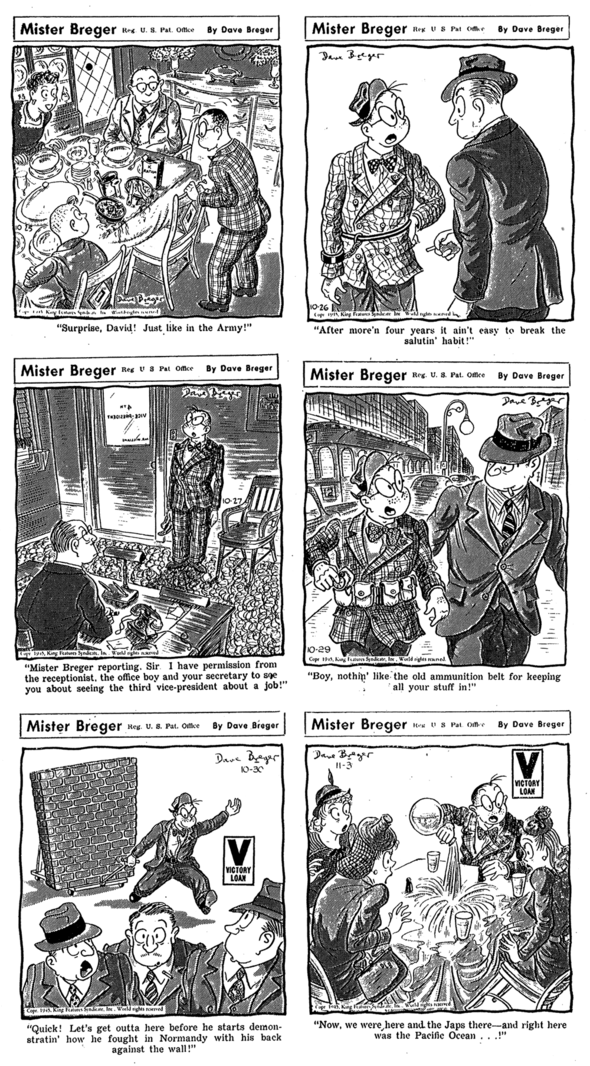 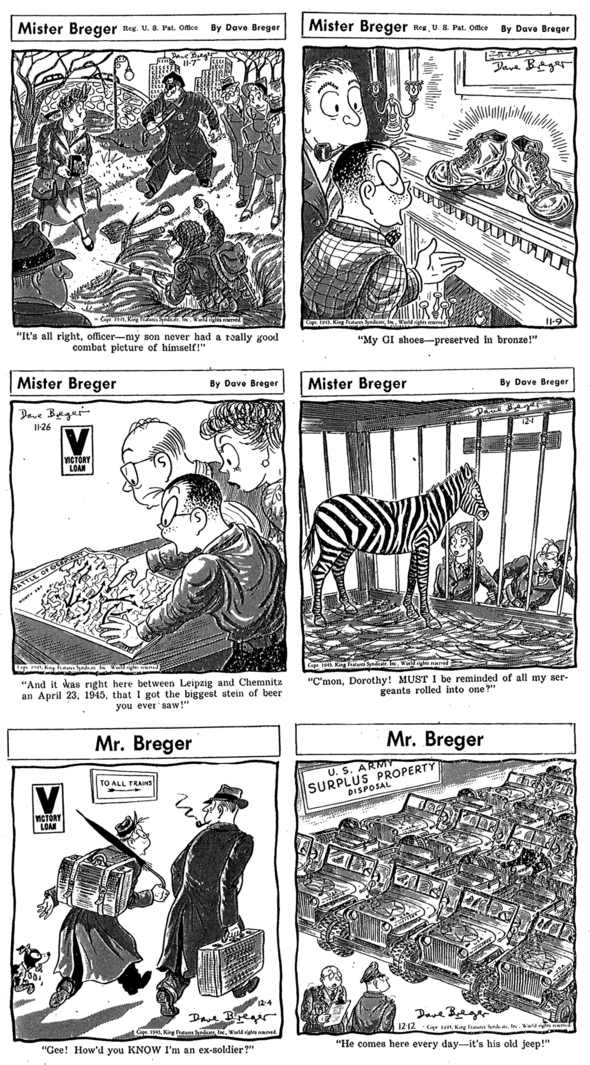 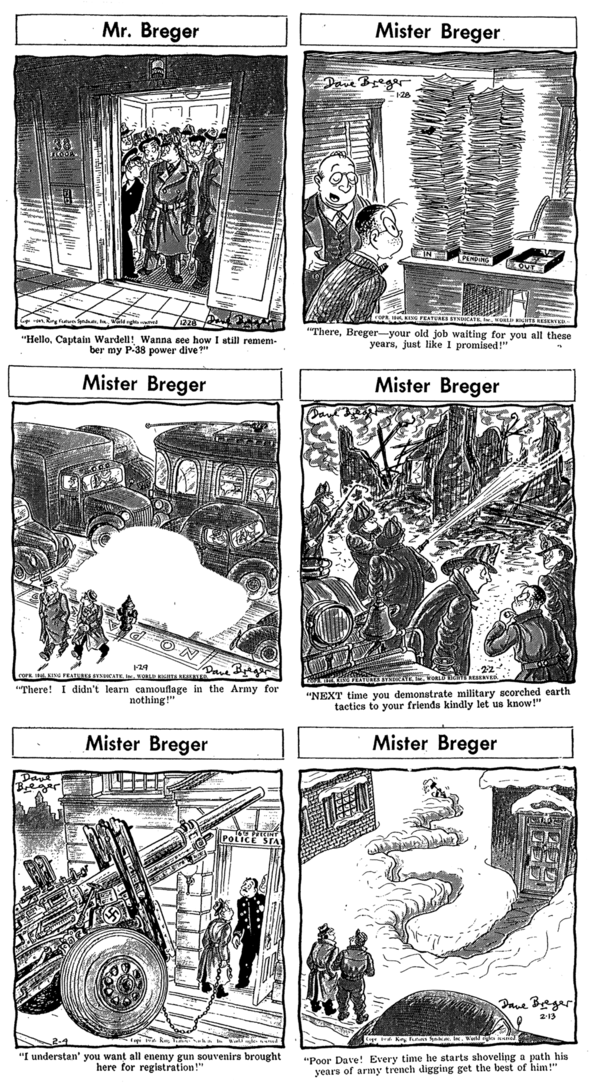 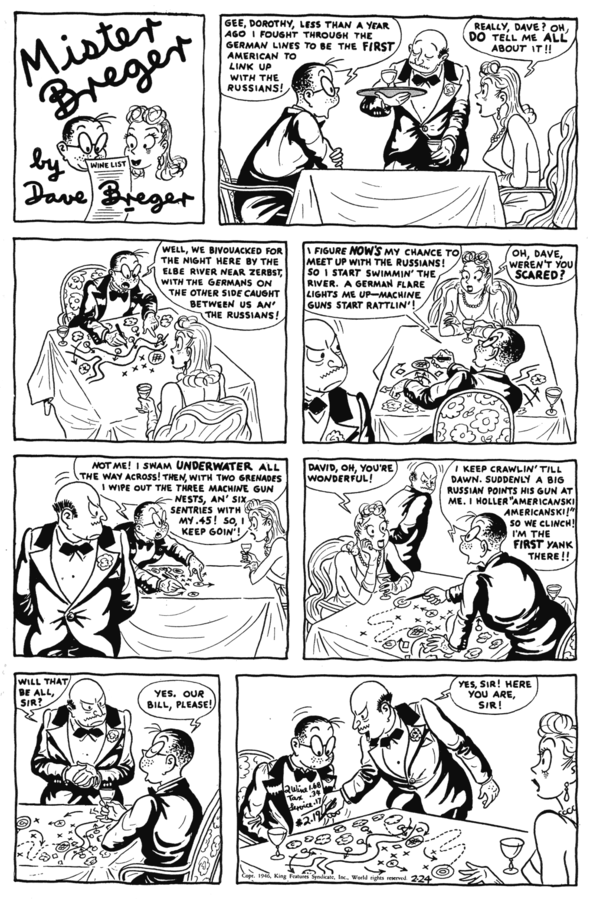 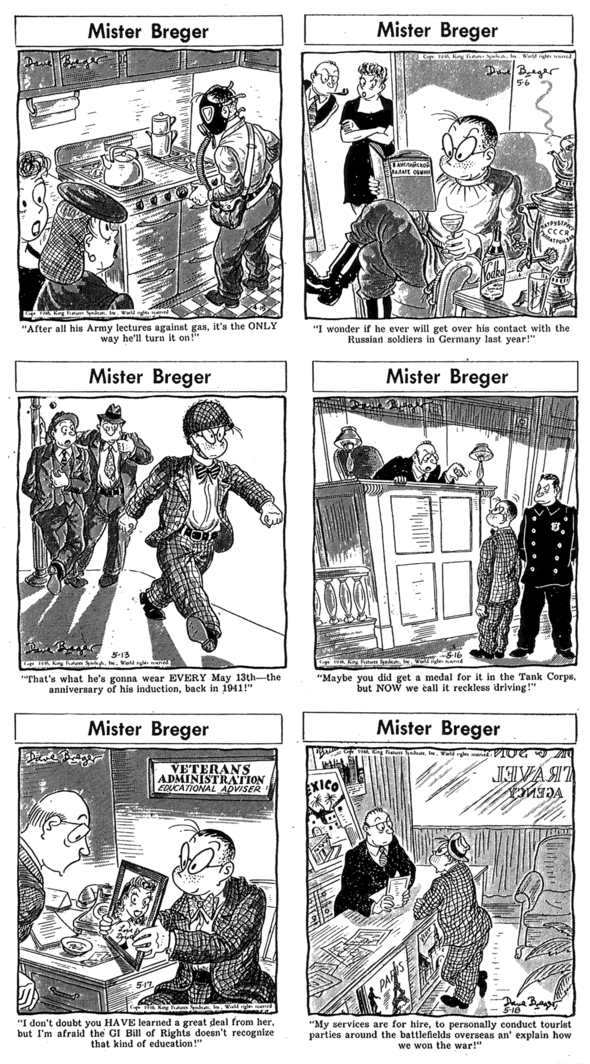 During the War, Breger was seen in any theatre of war as anything from Infantryman  to Paratrooper, but in his post-War adventures he has a solid back story as an ex-bombardier who linked up with the Russians in April of 1945. I don’t know why that was necessary, and after the Spring of 1946, the soldier-adjusting-to-postwar-living-with-his-parents gags are played out, and he became a working man, taking on all kinds of different jobs. We’ll look at those years another time.

And now, on to the Mailbag.

Popeye has been beloved all over the world, the Japanese having a special place since the first animated cartoons were exported in the 1930s.  During World War Two, a Japanese cartoon gleefully depicting the raid on Pearl Harbor, the lead evil American sailor is none other than Bluto!