Hello, Loyal Subjects of the Kingdom-

For today’s obscurity from the murky pages of funnies past I’ve dredged up the short-lived Walter Hoban series, Needlenose Noonan, the story of a  not-too-bright young cop on a small-town police force.

Cops have been a source of comics comedy for many years. The first series with such a scenario was Syd Griffin & Charles W. Kahles’s Clarence The Cop, done for Pulitzer from 1901-1908. A contemporary series would be Sam & Silo by Jerry Dumas, whom we’ve chronicled here:

Noonan was kind of a shrimp for law enforcement,  and maybe that’s why he was usually given odd complaints to investigate, resulting in a dumb misinterpretation or exaggeration, much like Hoban’s more famous Jerry On The Job.

This was a Sunday series, and the top comic was “Dis-continued Stories,” often involving wayward animals, which would cut off before a (usually fatal) ending. 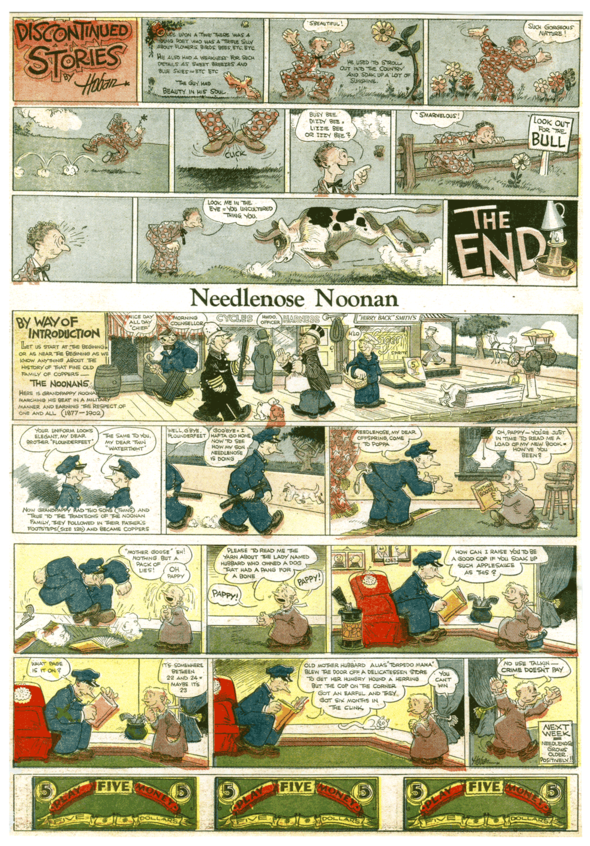 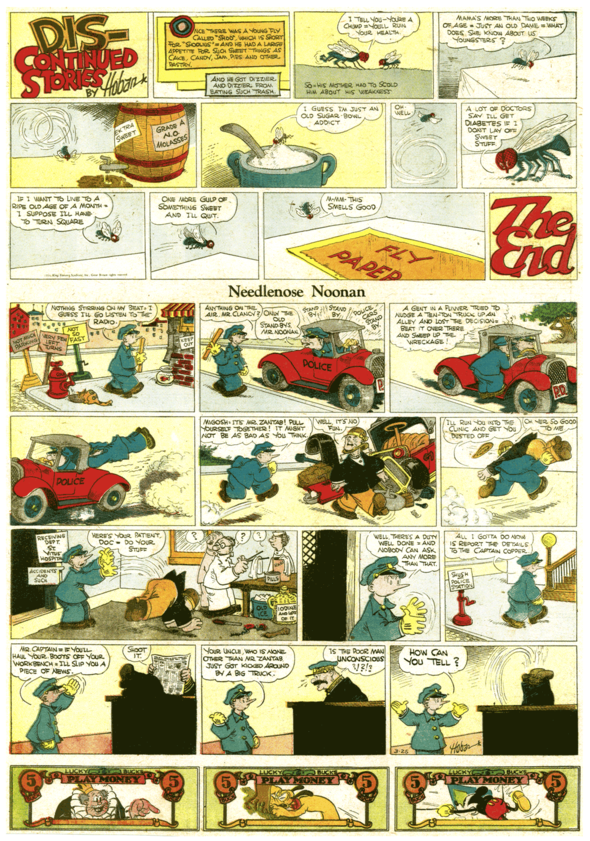 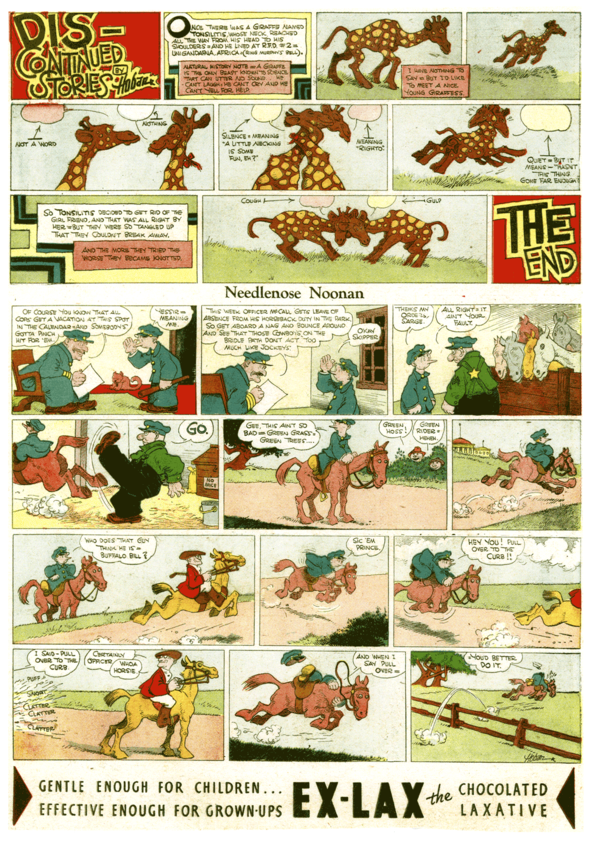 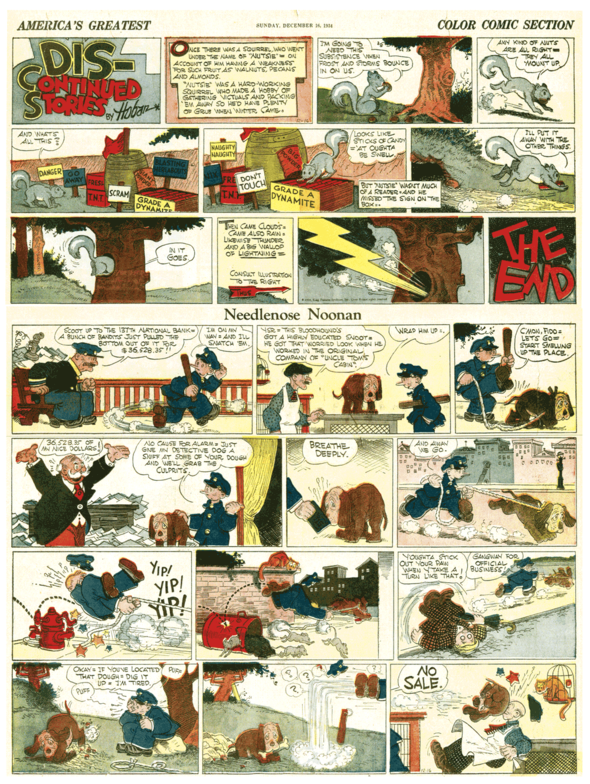 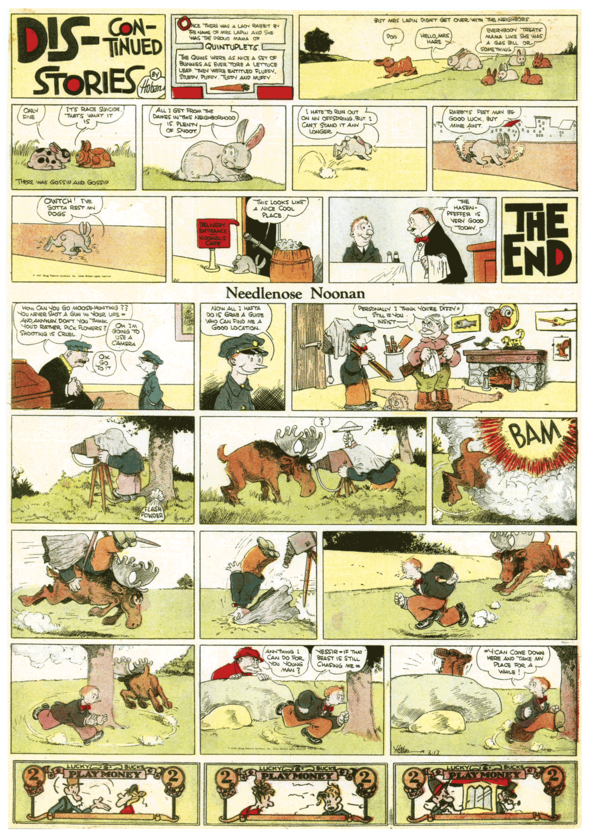 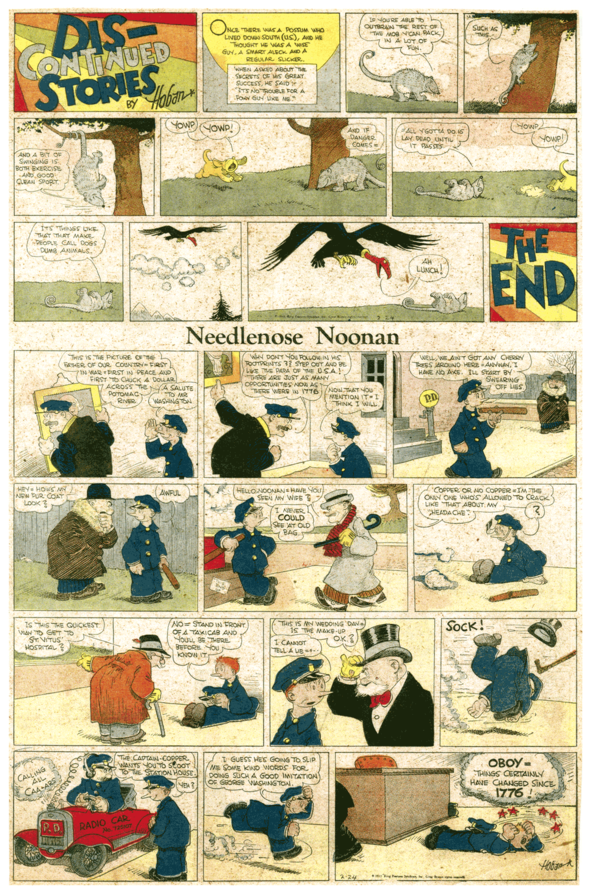 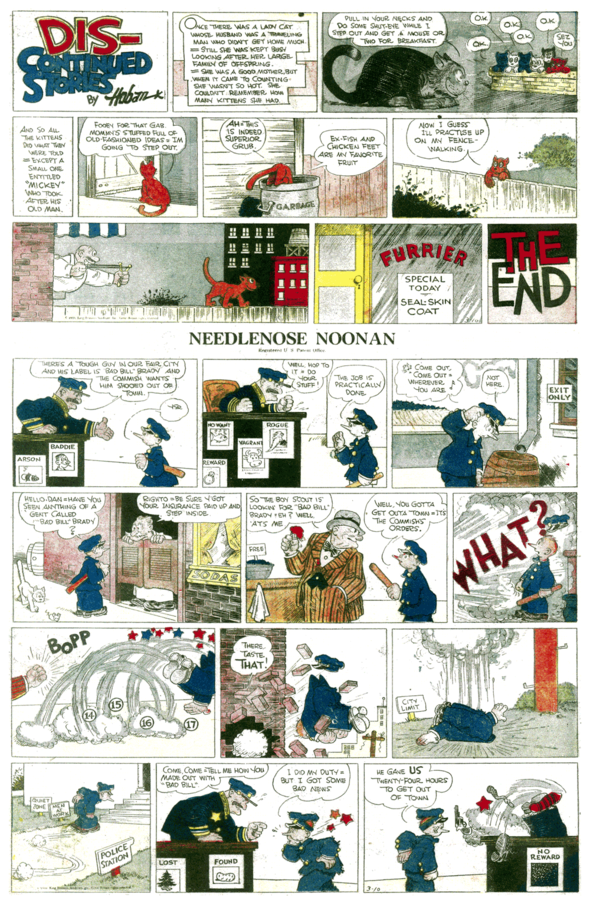 Hoban was getting old and had only a few years left. It would be a fair guess that most of the artwork here is actually that of his assistant, Bob Naylor, though the pattern of huge commotion over little cause is a good match for Hoban’s writing style. This was the last series created by Hoban. It ran from 24 September 1933 to 15 September 1935.