The Home of Hi and Lois 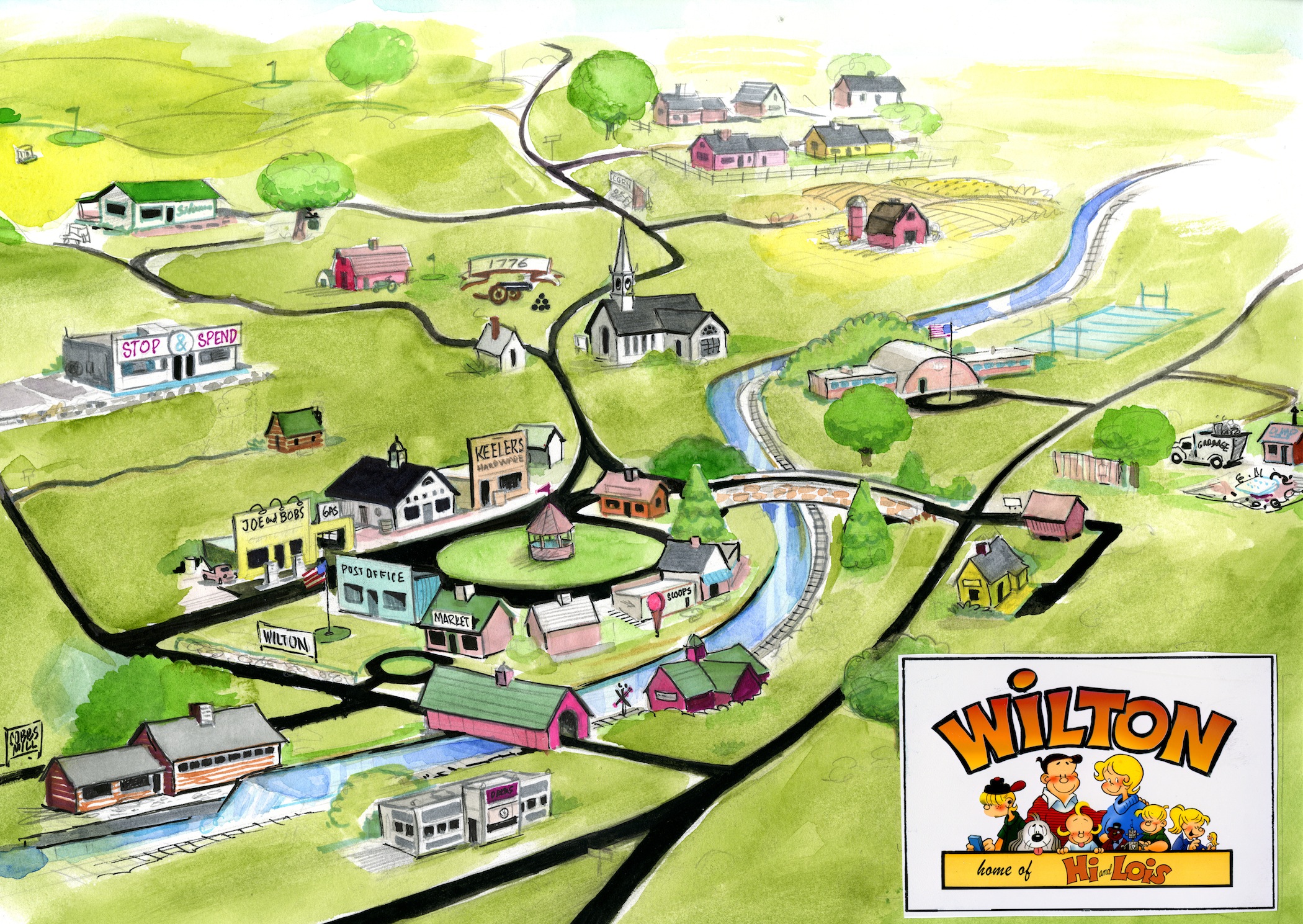 In previous posts I have documented how we occasionally feature local scenes in Hi and Lois. Both Chance Browne and I live in Wilton, Connecticut and some of the locations we have shown are the Silvermine Market, the Silvermine Golf Club, Orem’s Diner, Wilton Center and the Cobbs Mill Inn.

The Charles M. Schulz Museum in Santa Rosa, California presented a special exhibition, The Language of Lines – Imaginary Places in the Comics, from April 24, 2010 to August 23, 2010. I served as the guest curator for this show and asked Chance if he would do a map of Hi and Lois’ hometown. He did the amazing watercolor, shown above, which has never been published. Although it is a fanciful depiction of Wilton, it contains many of the locales that have been featured in the strip.

I also asked Richard Thompson, creator of Cul de Sac, if he had ever done a depiction of the neighborhood in his strip. He illustrated this spectacular piece, which was featured in the exhibition and published in his recent book The Art of Richard Thompson. 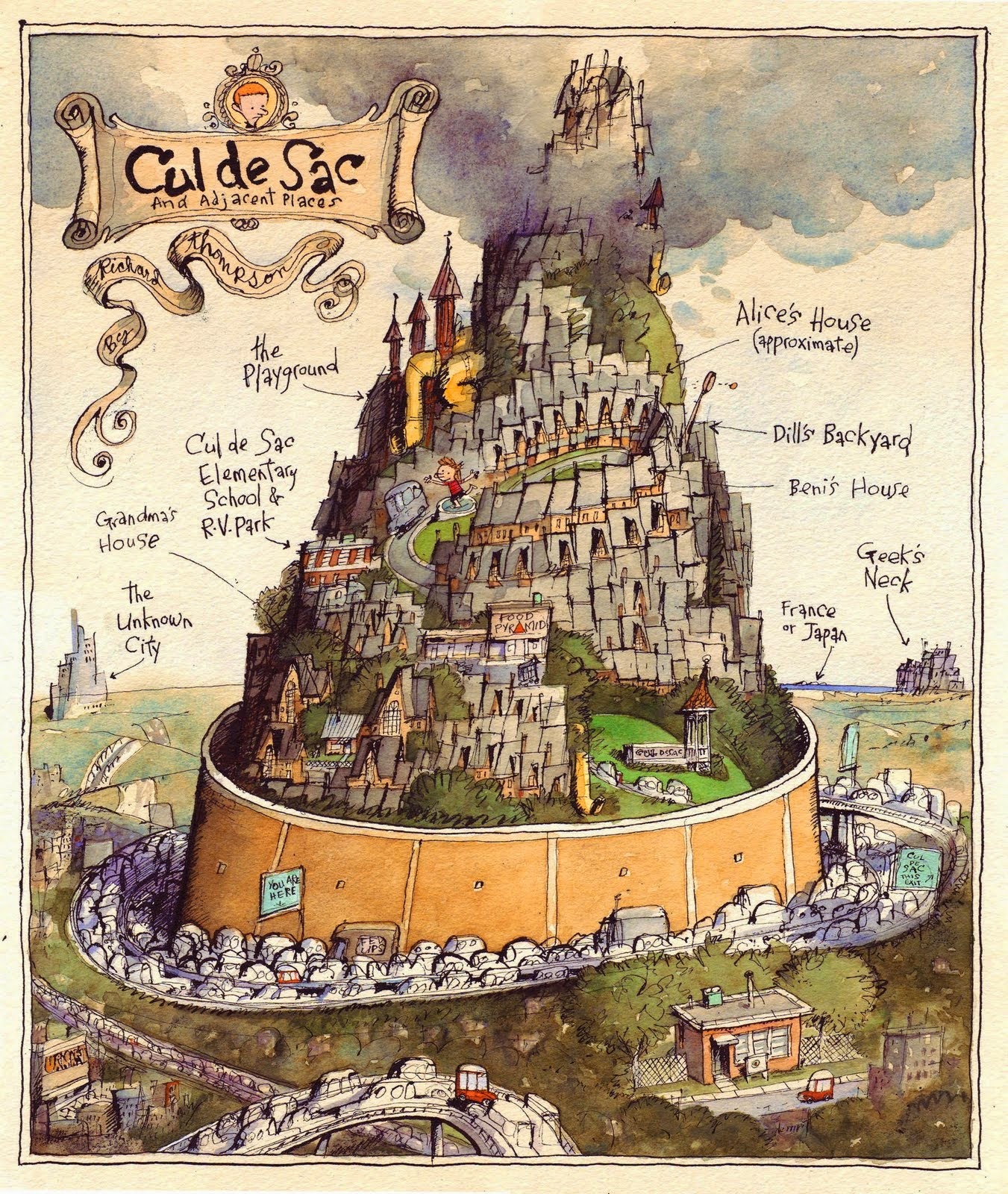