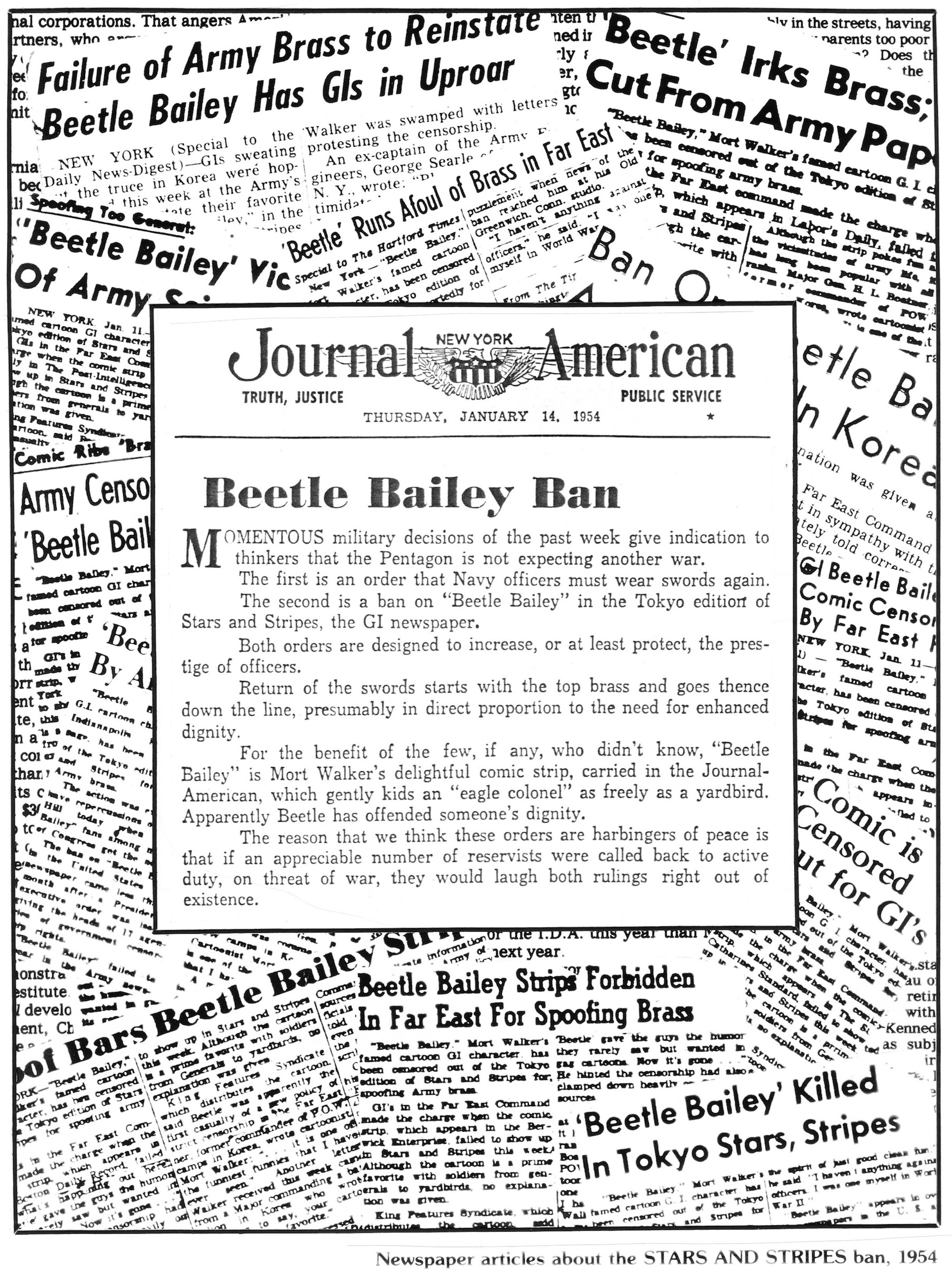 On January 7, 1954, the Far East edition of the GI newspaper, Stars and Stripes, dropped Beetle Bailey. “Probably the best favor the army did for me since discharging me, was banning me from Stars and Stripes,” Mort Walker claimed in an interview. “It became a tempest in a teapot and the ensuing publicity rocketed Beetle’s circulation another hundred papers overnight.”

After the Korean War was over the brass felt they needed to tighten up discipline. In combat, staying clean was not as important as staying alive. But when the fighting was over, the polishing was supposed to return. Naturally there was some resistance to spit-and-polish by battle-hardened veterans. The brass felt Beetle Bailey wasn’t helping their program. Beetle was making fun of authority and romanticizing foot-dragging. From this myopic point of view, Beetle had to go.

It was a mistake on their part. It only revealed what everyone knew all along. The military big wigs didn’t have a sense of humor. A sense of humor is a sign of maturity and a person with intelligence and confidence can laugh at himself. At least that’s what all the news stories and broadcasts said. It made the brass look petty and ridiculous.

King Features Syndicate made the most of the situation. 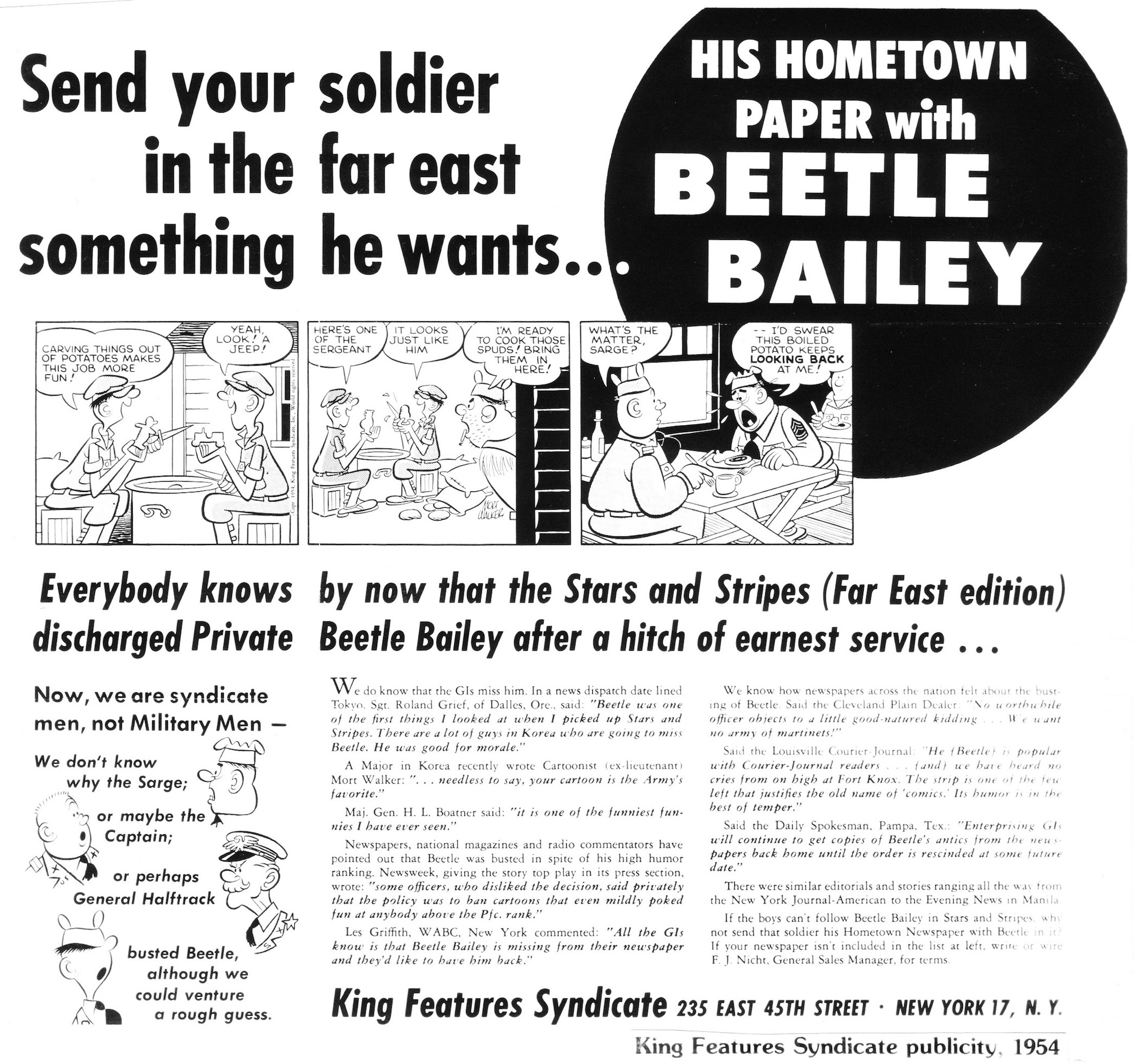 Although the ban lasted more than ten years, King kept churning out publicity and the result was that circulation of the strip went on an uphill climb that never stopped.

“I thank the army again for their steady supply of funny material,” Mort said gratefully. “The ban made me hit away harder at the ineptness and inconsistencies I found in the military.”