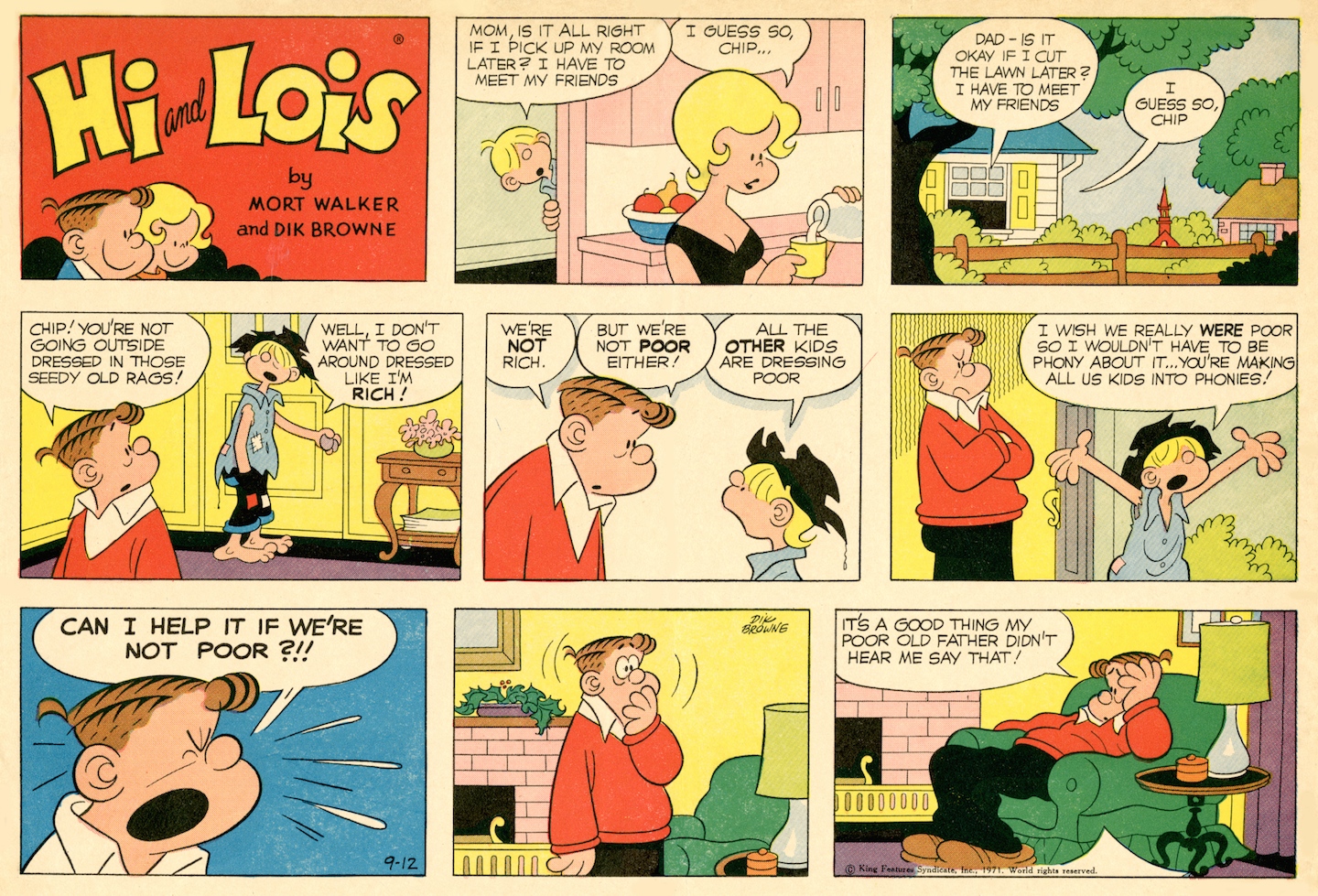 When I wrote a post about “The Generation Gap” on April 24, 2013 I did not have a scan of the color Sunday page above. This is a classic example of the generational debate between Hi and Chip that has been going on for decades.

In 1986, I was doing research for the retrospective anthology, “The Best of Hi and Lois.” I read through the entire run of the strip and was surprised and amused when I came across episodes that were published when I was a teenager. I realized that after arguments about haircuts, rock concerts and dress codes, my father was turning these confrontations into Hi and Lois gags.

Part of the challenge of writing a family comic strip is finding the humor in experiences that can be uncomfortable, perplexing or even painful in real life. Readers can identify with these observations because they are going through the same things in their families.

When I rediscovered these Hi and Lois episodes many years later, it revealed to me how my father had used us for gag material. I did the same thing when I started writing for Hi and Lois in the 1980s. The best source for inspiration is usually close to home.