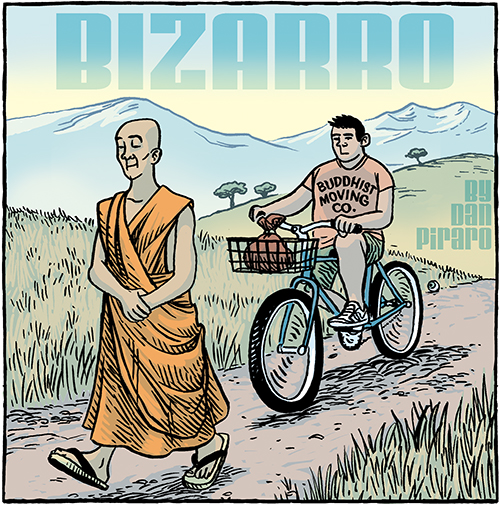 (For a larger viewing experience of the cartoon below so you can find its NINE secret symbols, clickify it.)

Bizarro is brought to you today by Sore Throat Treatments of the Future. 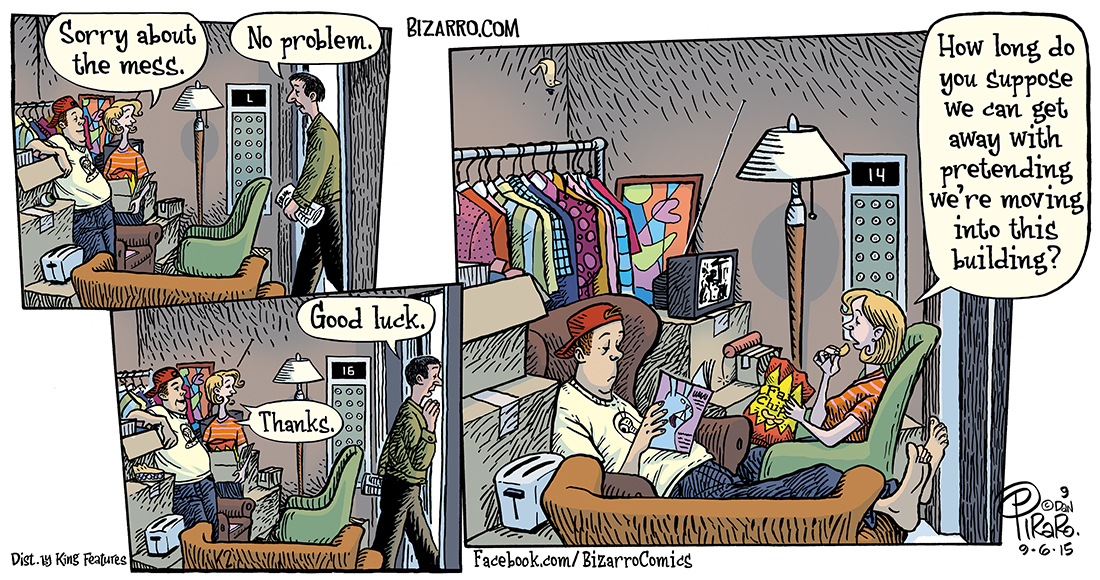 I got this idea because I used to live in a huge apartment building and it seemed there was always someone using the elevators to move in or out. It was like cramming yourself into someone’s tiny living room for a few seconds to get to your floor and it happened so often I began to wonder if they were living in there. Thought it was kind of funny. 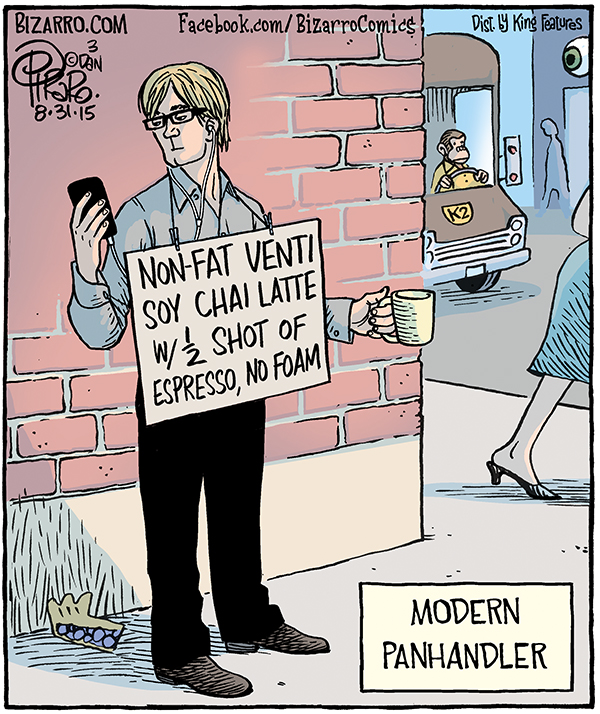 This idea came about while pondering the typical panhandler-holding-out-a-cup cartoons. These days nobody uses cups but in the old days, when people were most likely to toss you a dime or nickel, I guess they did because old cartoons always had that. This insufferable-looking dude has found a new reason to have a cup. 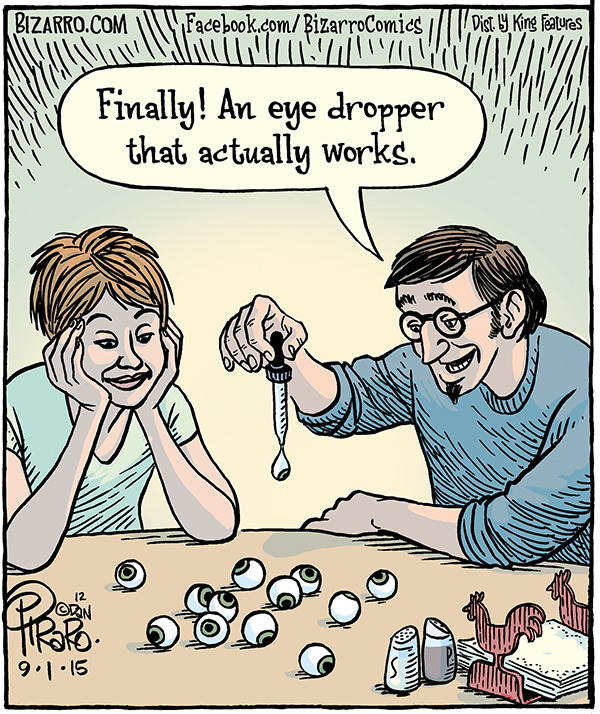 I drew this gag because I like surreal things and I often wonder where names come from. An eye dropper might more accurately be called a drop administerer, but then our lazy mouths would rebel when trying to say it.

As you regular readers know, it never ceases to amaze me that governments still bother to make marijuana illegal. It is so safe and natural and beneficial for so many things. I can’t help but be convinced that the continuing illegality of it is directly controlled by corporate interests who feel it would be cutting into their profits for pharmaceuticals and booze. That, and the fact that most of us have a deep-seated fear of change and can’t comfortably imagine a world in which you could buy pot at a store without some special, bullshit permission from a doctor. You know, like you can with beer and tequila and cigarettes and semi-automatic weapons. 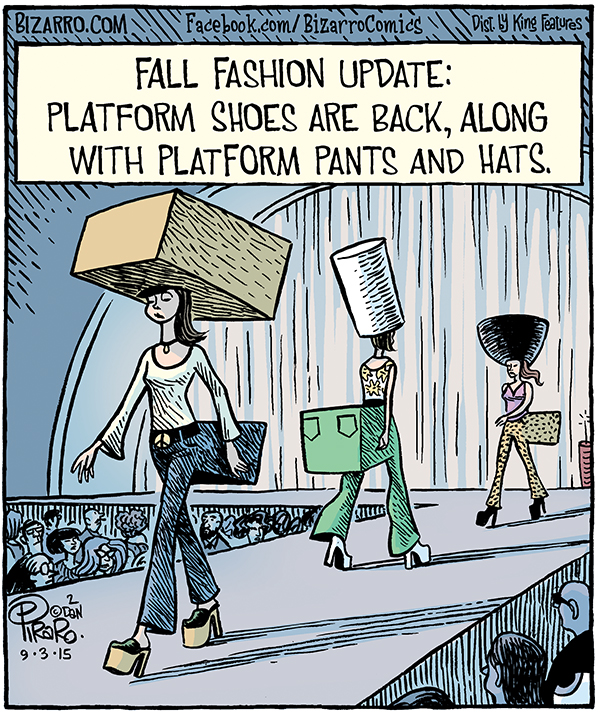 Just to be clear, I’ve nothing against platform shoes, I just think other items of clothing with a platform built in are funny. Even though my beloved Olive Oyl is five or six inches taller than I and towers over me when she wears heels of any kind, I still like them. 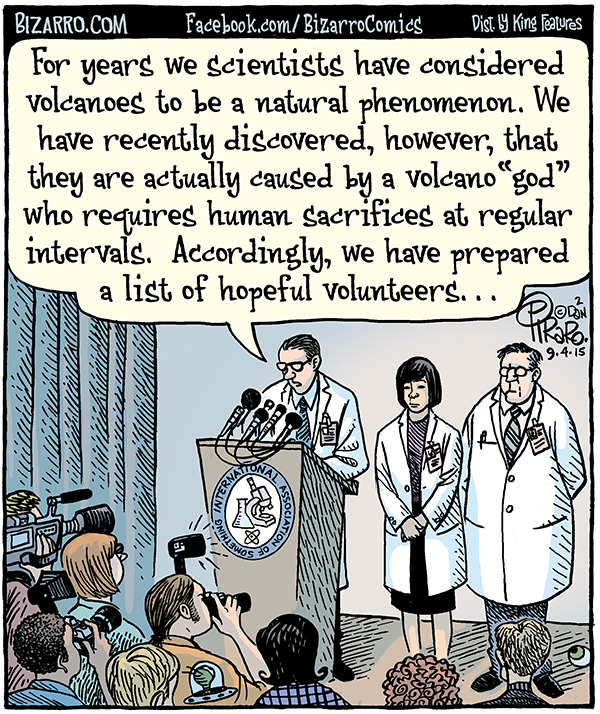 This cartoon figures into my basic thought process that puts current, organized religions alongside the thousands of the other comforting mythologies our species has historically believed in. I know that’s not a popular view but if you read enough about the history of religion, it’s where you end up. Or at least, it’s where I ended up. Your results may vary. 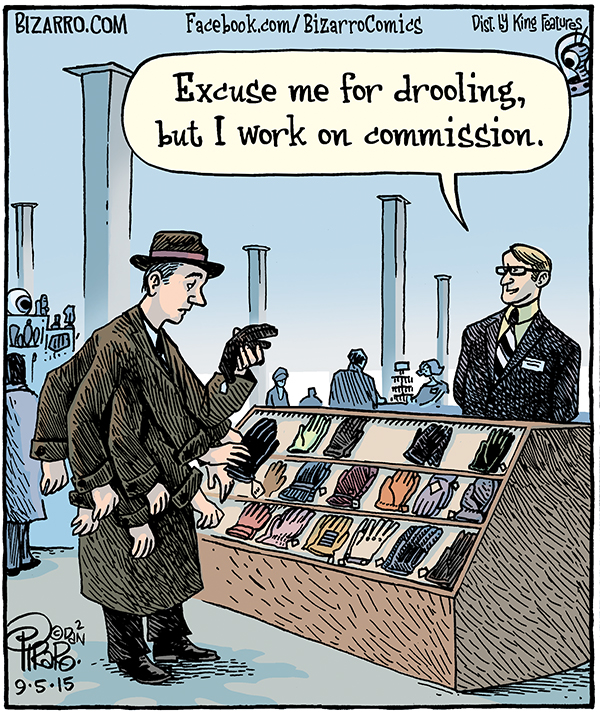 This guy has a lot of arms and hands.

If you like surreal art, please consider following me on Instagram, where I post weird things from my sketchbooks that never make it to print. Here’s the link to me @danpiraro and below is one of the images I’ve posted there. 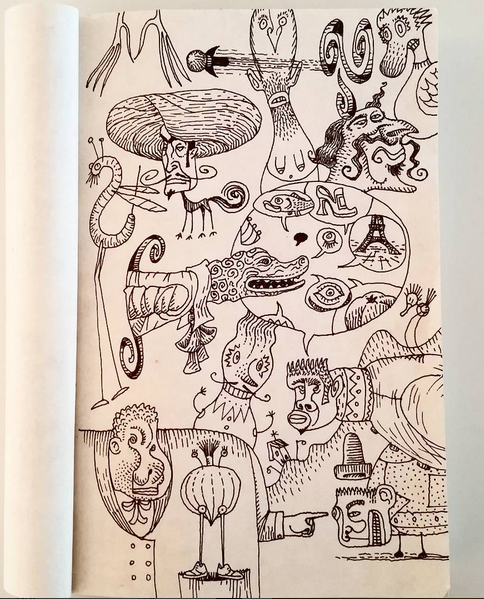