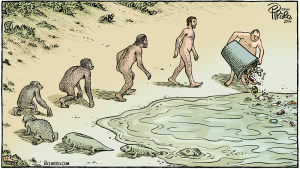 Before I get to this week’s cartoons, I’d like to tell you about this T-shirt campaign featuring one of my most popular cartoons. A portion of the proceeds benefit “Roots & Shoots,” a kid’s program at the Jane Goodall Institute. Only ONE WEEK LEFT in the campaign, then the shirt is gone for good! Thanks! Have a look now, then come back. And don’t hesitate to “like,” tweet, forward, etc. it so that other’s may find out about it, too!

Bizarro is brought to you today by Church Humor? 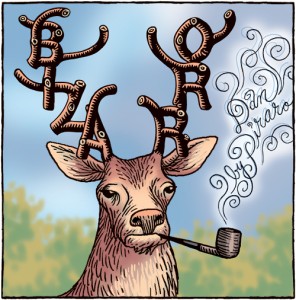 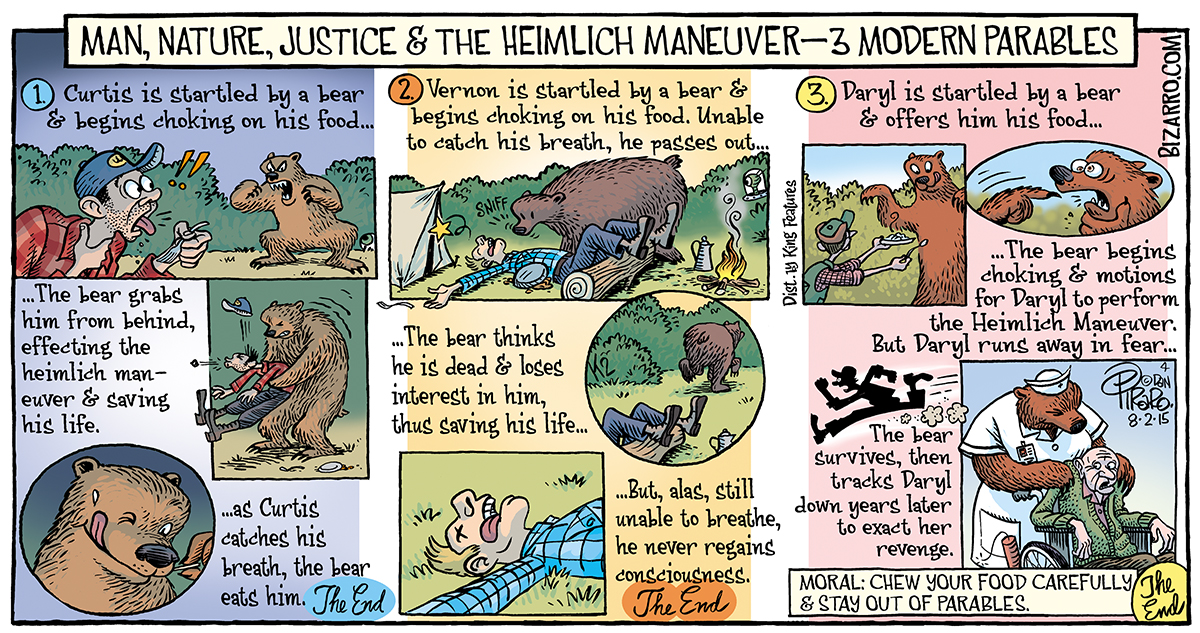 This Sunday cartoon is a long and winding road and you’ll likely need to enlarge it to get the most out of it. Do that by clicking it. On my computer, I have to click it, then reload the page it goes to before it appears. No idea why; computer voodoo, I guess.

The publication of this today has nothing to do with the dentist who killed a famous lion, it’s just a coincidence. In my opinion, hunting animals for food is a topic that can be effectively debated from both sides, but I have no sympathy for people who kill purely for fun and the “trophy” they take home. It’s an extremely arrogant and unattractive character trait in my opinion.

Back to comedy, I know how to perform both the Heimlich Maneuver and the Wisenheimer Maneuver, which is to perform the Heimlich on someone who is only clearing their throat. 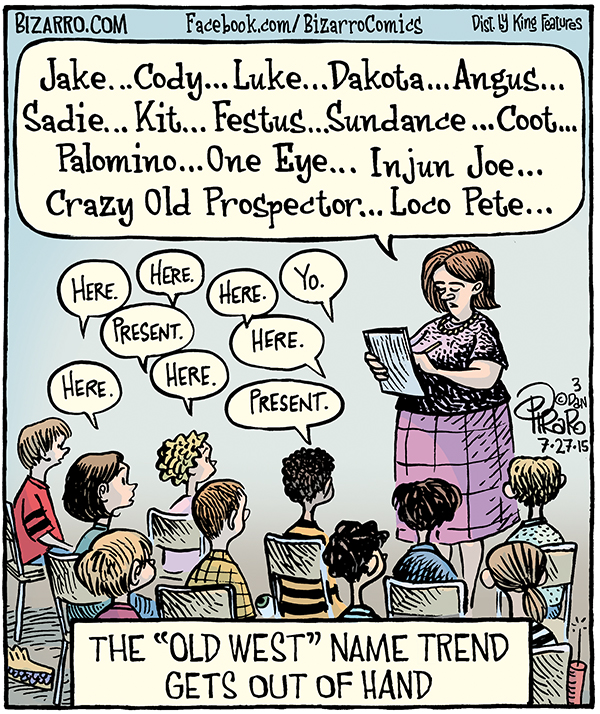 I must admit I love this “Old West” naming cartoon. I’m a big fan of the Old West, but the habit many yuppies have had (for a couple of decades now) of naming their kids this way got on my nerves some time ago. I know, I need to find more important things to be annoyed with (definitely true) but I have the kind of mind that grabs these things and chews, usually without my permission. It’s part of how I write cartoons, so I guess maybe it’s not such a bad thing. Except for people who have to live with me and listen to my pointless rants. Sorry, Olive Oyl! :^} 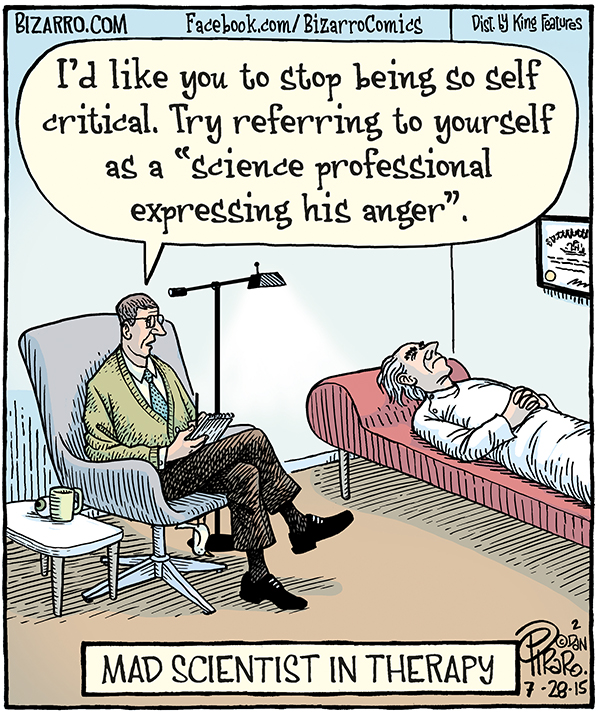 Here’s one about kindness in language. I have a habit of being very self critical and when I make even a small mistake, like hitting the wrong keyboard shortcut, I tend to mutter to myself something like “not that one, dumbass.” I’ve been told by therapists that I am being unkind to myself and should train myself to stop it. I am trying and am making some headway, but occasionally fall back into it. Probably because I’m a dumbass. 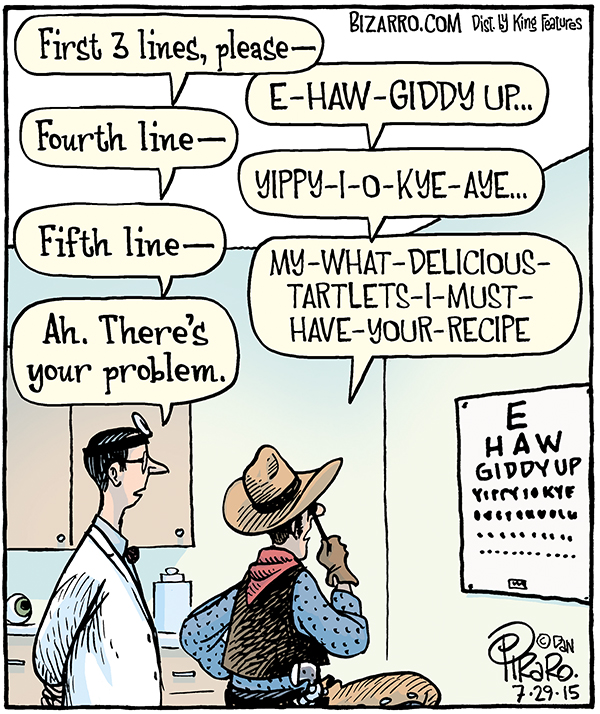 Speaking of the Old West, here is a cowboy taking an alternative eye exam. His name is Melvin but he goes by “Snake Tooth Willy,” so he’d fit right in at any modern American private school. 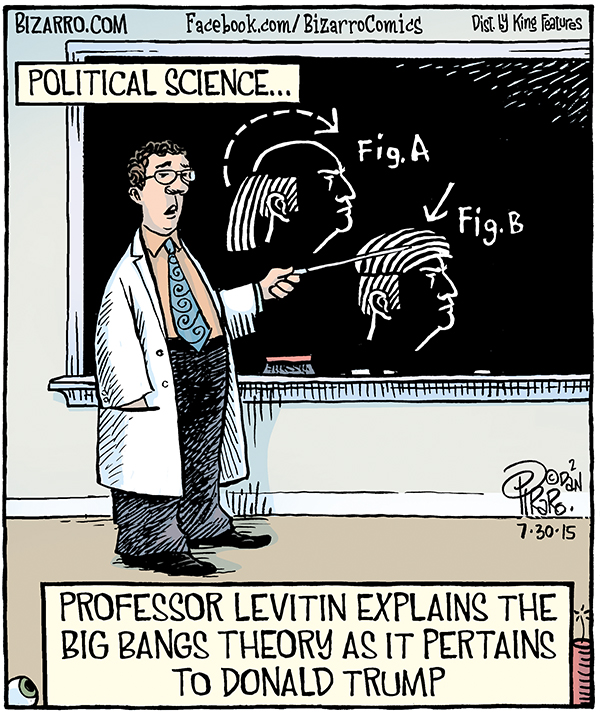 I’m happy that Donald Trump is so much in the news lately because it makes this cartoon look more relevant. I guess I could’ve guessed he’d say something controversial and be all over the news by the time this came out since he does so regularly, but I didn’t really think about it. I just liked the gag. 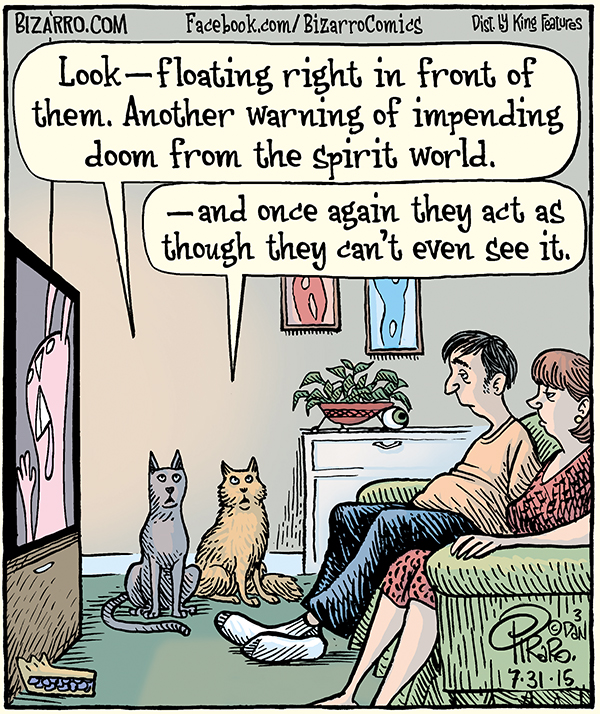 Who doesn’t love and/or fear the way cats seem to be able to see things we can’t? Okay, I’m sure plenty of people don’t care one way or the other but I’ve know folks who were authentically freaked out by their cat’s doing this, and that was the inspiration for this gag. 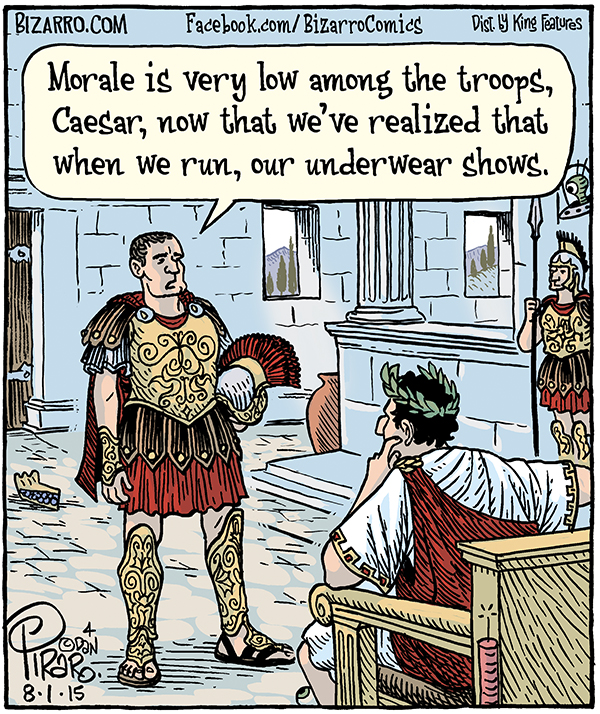 A reader pointed out to me that I did this exact gag (with a different drawing) just over a year ago. Man, I’m tempted to think I’m losing my mind but then I recall that I’ve published over 10,000 cartoons in my career so I suppose I’ve gotten to a point that I couldn’t possibly remember them all. Or I’m losing my mind. At the very least, I’m going to start putting an “X” on them in my sketchbook after I’ve published an idea.

Don’t forget to check out my T-shirt sale. It benefits a terrific organization and it’s part of how we keep the lights on at Bizarro International Headquarters these days in a world of a dwindling newspaper industry. Thanks so much.