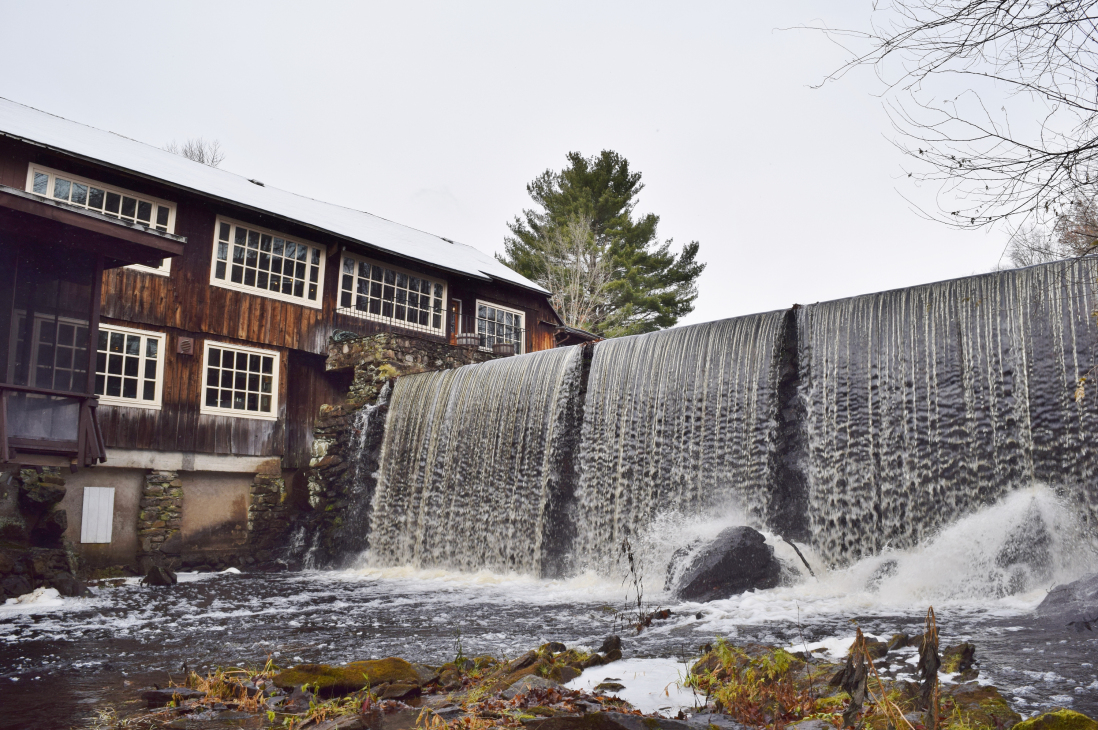 The Cobbs Mill Inn in Weston, Connecticut dates back to 1749. The central or main building was originally a lumber mill, grist mill and cider mill owned and operated by Eleazor Sturges and Ephraim Jackson.  In the 1800’s it was known as Davis’ Mill and later as Carver’s Mill.  Rye, wheat, apples and timber, harvested from Weston fields, orchards and forests, were ground, pressed or cut at the Mill.  Lumber activity ceased in the early 1900’s due to a severe blight, which devastated the American chestnut tree.

In 1912, the site was purchased by Frank I. Cobb, a close friend of the young Franklin Delano Roosevelt and editor-in-chief of the New York World from 1907 until his death in 1923.  In 1927, Moira Wallace and Sydney Dyke opened an antique shop and tea room there and in 1936, Alice DeLamar and Jacques deWolfe converted the building to a country inn and fine dining establishment.  Five U.S. Presidents and numerous celebrities have dined at the Cobbs Mill Inn and for many years it was the gathering place for the Westport Artists Group.  The Mill was owned and operated from 1952 to 1986 by Julie P. Jones, and from 1986 to 2006 by the Cocchia family of Norwalk. From 1995 to 2007, the Connecticut Chapter of the National Cartoonists Society held their meetings there.

In 2002, the Flagston family celebrated Father’s Day at the Cobbs Mill Inn.  Chance Browne, who lives in nearby Wilton, depicted the historic site, with its iconic waterfall, in this scenic Sunday page.  The original artwork was gifted to Domenic Cocchia.

I’m sure there are many dads who have absent-mindedly picked up the tab for their own Father’s Day meals.