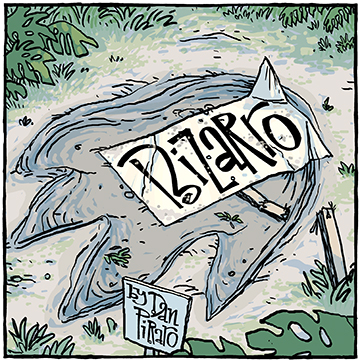 Bizarro is brought to you today by Delicious Insect Vomit.

The tremendously gifted artist, Tim Biskip, once said that he is an artist so he can create things he wants to see but that don’t exist. I’ve never put it in those words but that’s the fun of cartooning, too: creating a moment that doesn’t exist in the real world but would be funny if it did. I really like this idea of 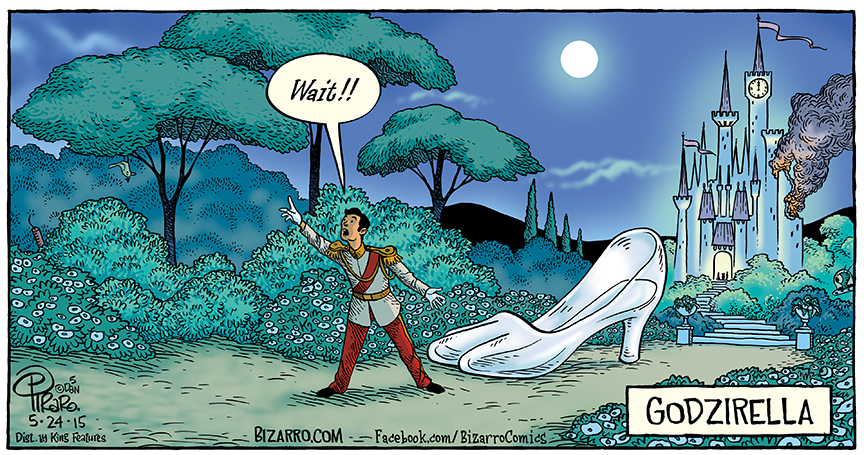 combining Cinderella with Godzilla. She attacks the castle, chews on a tower, midnight strikes so she must run but the prince has already fallen in love. All he has left of her is a minivan-sized, three-toed glass slipper. So romantic. 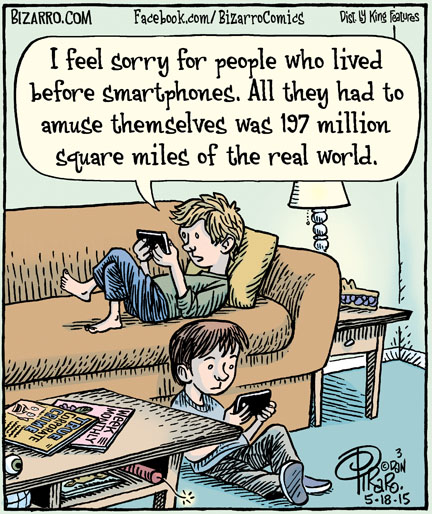 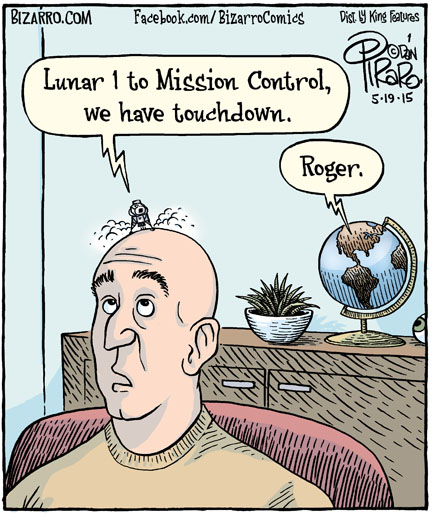 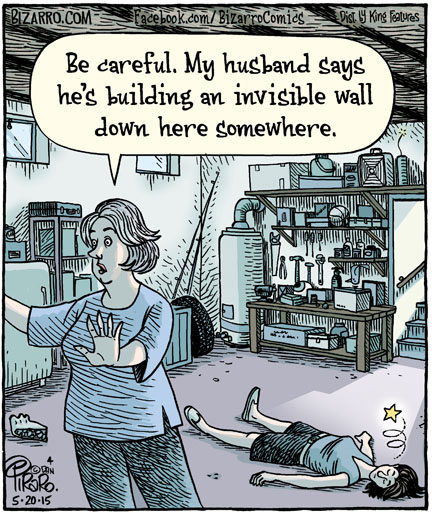 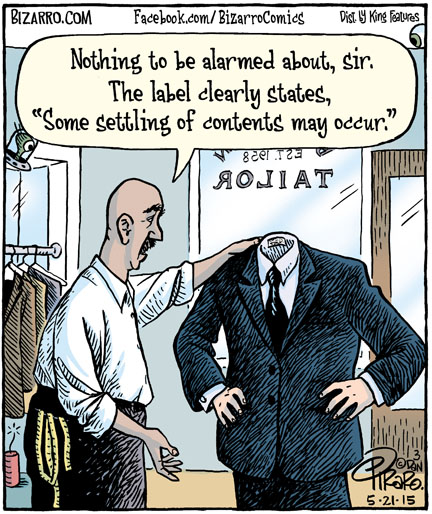 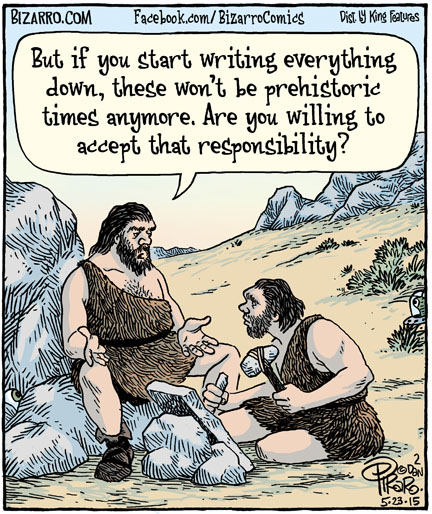 MONDAY: Up until very recently, the vast majority of people lived their entire lives without seeing a new invention. In the last couple hundred years, people might see one or two truly new things in their life. Now there are so many new things each day that you can’t keep track of them all. Once adopted, we don’t know how we lived without them. But we did. This time next week, no one will be able to imagine how people lived in a world without teleportation. “It took them hours to cross the country by plane!”

TUESDAY: What if life spontaneously erupted on the globe in your kid’s room? Would you even realize it was there before it evolved sufficiently to create a space program?

WEDNESDAY: I guess I was thinking a lot about technology and innovation when I put this batch together. I’m not sure what the practical application of an invisible wall would be, but I’m sure someone would come up with one.

THURSDAY: Here’s an unsettling idea about a man’s content. Now that I’m past fifty, I’m beginning to notice a marked settling of my own contents. I blame Sir Isaac Newton and his invention of gravity.

FRIDAY: Yes, I’m one of those people who believes that corporations are destroying America. Sure, we get plenty of cheap stuff from them that we might not have with small, individually owned businesses, but eventually they control so much of the economy that they get their fingers into politics and begin running things. What Walmart does to small towns, is what corporations are doing to the world; small businesses can’t compete with their prices so Mom and Pop lose their store and have to go to work for Walmart. From business owner to minimum wage overnight. Fox News will tell you all kinds of reasons why corporations are good but guess who programs Fox News.

SATURDAY: I’ve long enjoyed reading about anthropology and often fantasize about the simplicity of the lives of the hunter-gatherers who lived before the invention of agriculture. I think the modern idea that prehistoric life was not nearly as difficult or stressful as anthropologists and philosophers once assumed is likely correct. Oh well, no going back now. At least not willfully. A collapse of our current matrix of technology may put us there again one day, though without having been raised in that lifestyle, it will be anything but idyllic.

Don’t forget to pop by the new Bizarro Store. You need more cool art in your life and you know it. 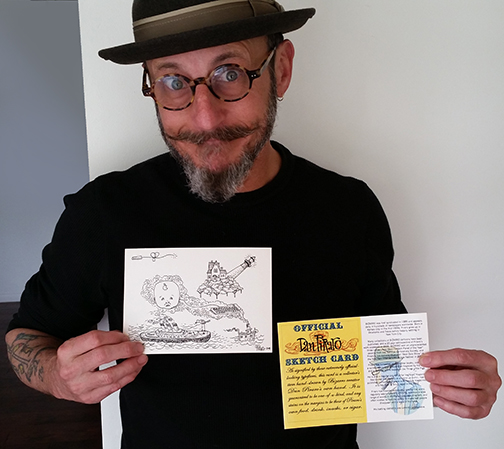