Today, it’s our newest team member, Angelo’s, birthday! Angelo is a recent addition to the Marketing team here at King Features, and he’s really enjoyed getting immersed in the world of comics!  In honor of his birthday, I asked Angelo if he’d like to pick a question to ask the cartoonists.

Angelo came up with a really fantastic question for today: he asked the cartoonists to share a piece of early artwork. It’s always so cool to look at where people started and how far they’ve come, and a whole bunch of cartoonists generously shared early work with us– spanning from their early professional careers all the way back to childhood. 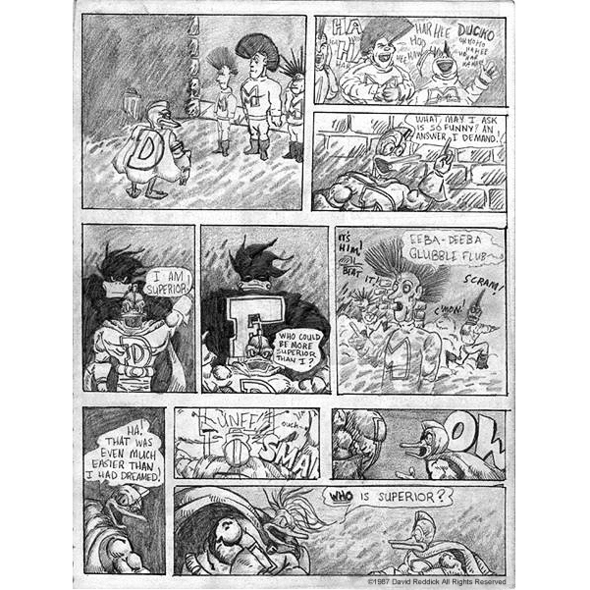 “This is a page out of my sketchbook from 1987, when I was 16. I had created my own comic book (That I’d often photocopy from sketchbook pages and distribute to friends) called “Fantastic Duck”, and I’d spend my lunch hour drawing my comics instead of eating! Gosh, now I want to draw FD again…” 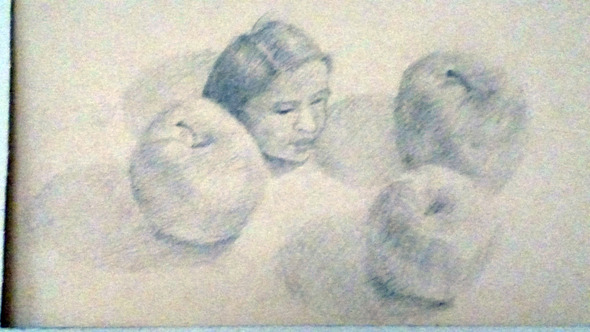 Here is a pencil drawing I did when I was in school. 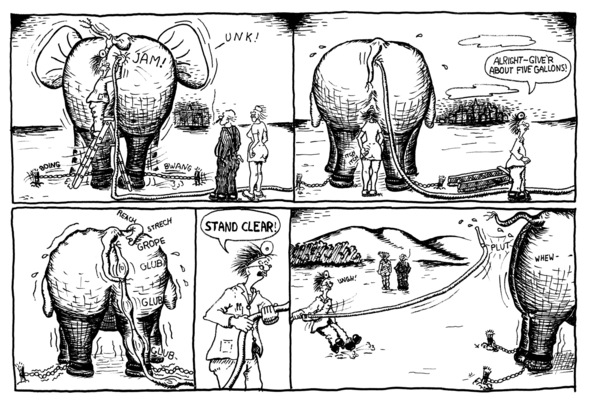 This is from the first comic book story I ever drew from 36 years ago. It’s the very first appearance of Dr. Pork. He’s giving an elephant an enema. I’d show the rest of the story, but it’s totally tasteless. 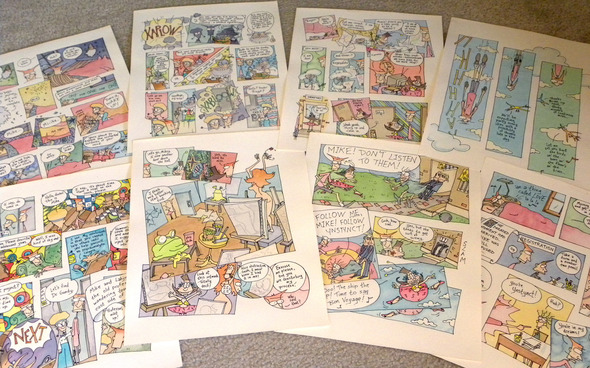 These are eight 14×17 (I think) original pages — out of about 30 –from a huge comic book I made for a college project. It was based on my college strip at the time called “Zero.” The jokes are pretty sophomoric, but I’m still impressed I had the energy and commitment to do this. I even decorated a huge box to put all the pages in. I think it’s somewhere in my basement now. 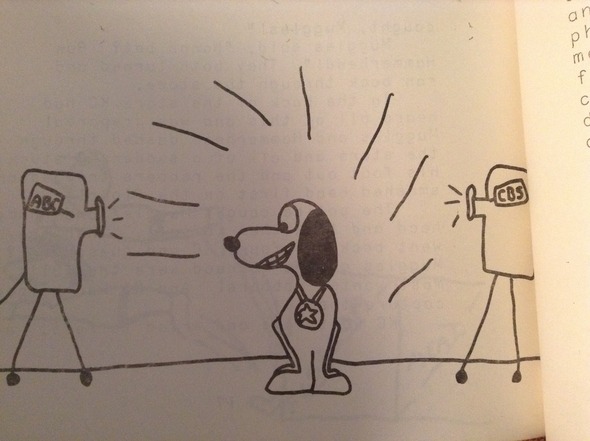 In fifth grade, I wrote a story about a crime solving dog named “K.C. The K-9.” Here is a drawing from that story. It shows K.C. being interviewed on television after he captured two criminals. When I look back at the artwork now, I can see that I was a big fan of Charles Schulz and Peanuts, because that dog looks an awful lot like a fifth-grader’s rendition of Snoopy! 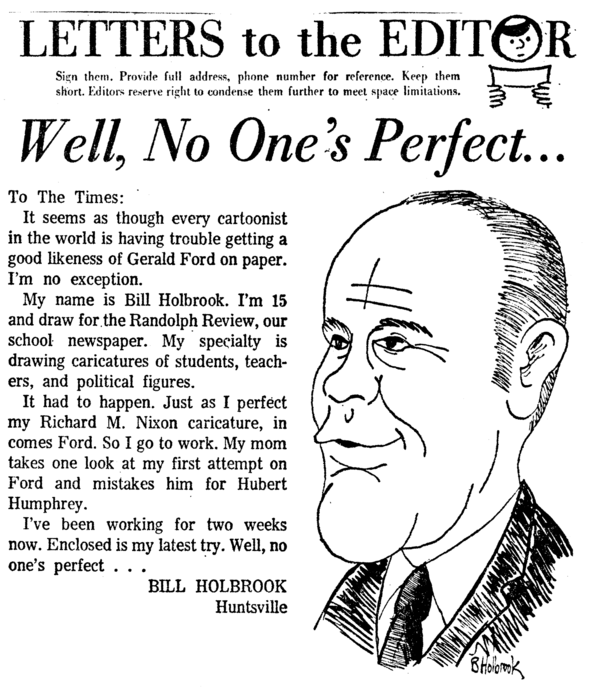 Here’s my very first published piece, in The Huntsville (AL) Times from Aug. 1974. I sent it to them in response to an article they’d run about the frustrations that editorial cartoonists were encountering when drawing Gerald Ford after years of having Nixon’s easily-caricatured face in the White House.

I’ve always enjoyed writing stories. My first children’s book was Soggy the Easter Dinosaur. I think I was about 13 when I wrote and illustrated it and I can’t remember why a dinosaur would be called Soggy. I hope I’ve learnt a few things since then (you can see my children’s book, Hoover the Hungry Dog on Amazon). 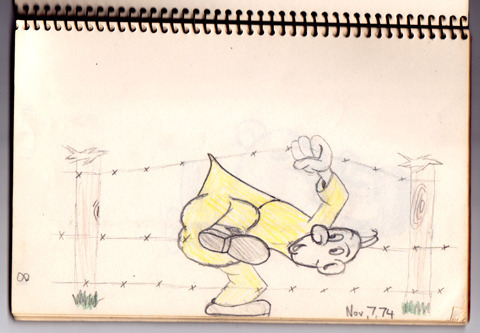 Sadly, I don’t have one single drawing I did before the age of eleven. On my eleventh birthday, my Grandmother gave me a copy of Walter T. Foster’s “How to Draw Funnies” . I had no interest in cartooning at the time, but I would occasionally copy some of the examples in the little sketchbook she had also given me. I had no idea at the time what she was getting me into. She must’ve known something about me that my parents didn’t. 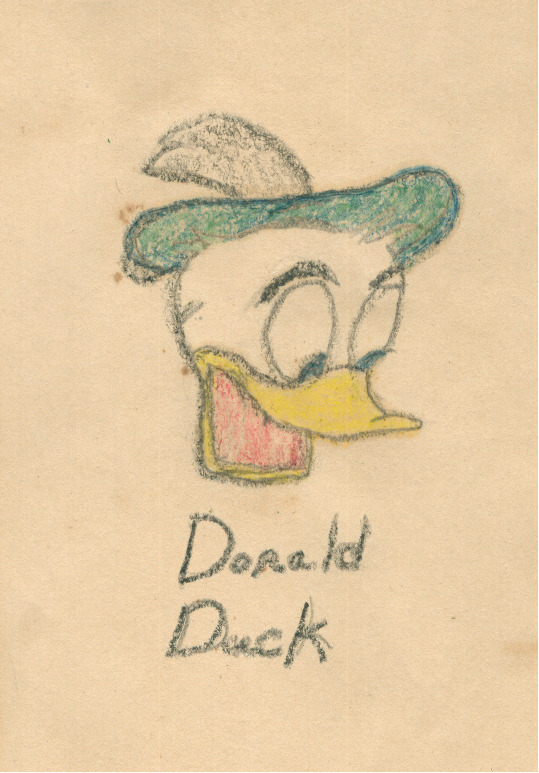 As a kid, the Disney animated features were my inspiration to draw. My parents saved, and framed, these 2 drawings from when I was 6 years old.

Do you have any of your early art hanging around? We’d love to see it!!!