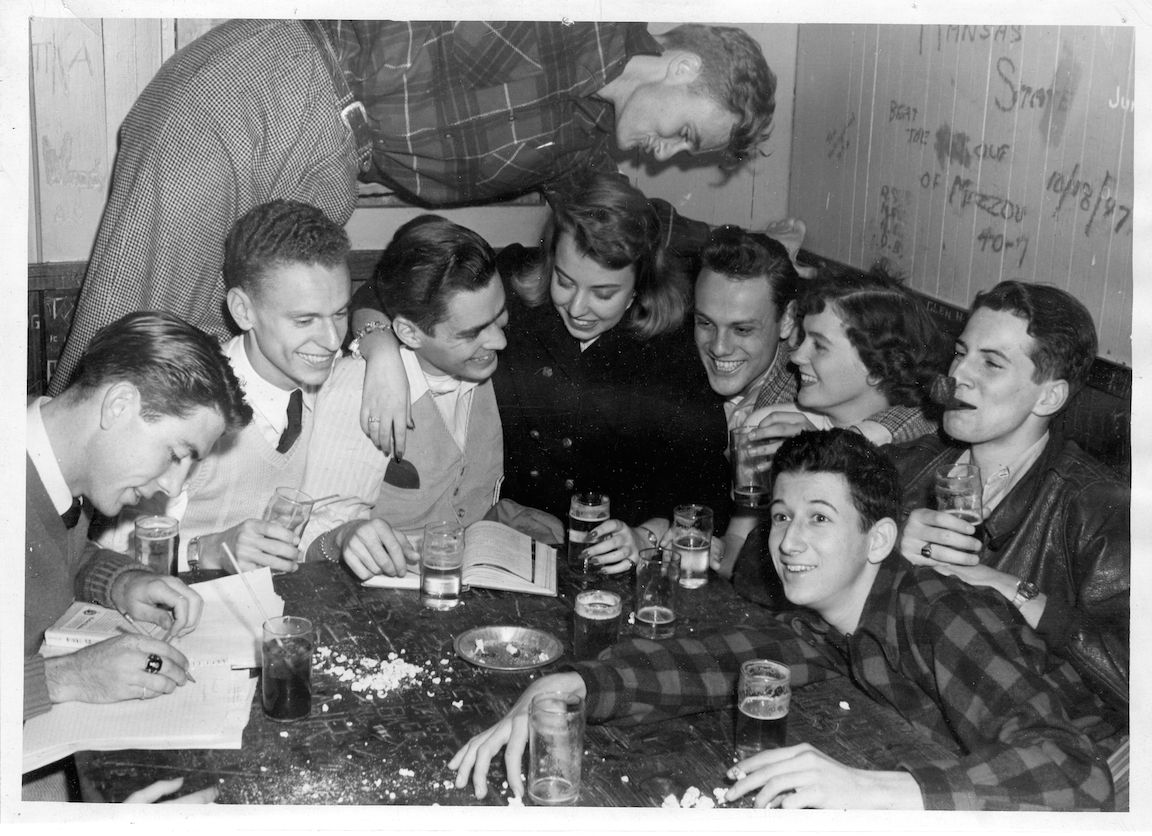 When Mort Walker attended the University of Missouri in the 1940s, the favorite campus hangout was The Shack. The origins of this restaurant went back to 1921 when Chandler Davis and his family sold sandwiches out of their car across from Jesse Hall.

The Shack was known for its low ceilings, dark interior, piecemeal construction and leaky roof. Students flocked to The Shack to enjoy the famous “Shackburger,” a frosty beverage, and to carve their initials into the wooden interior.

The MU humor magazine, Showme, was also known to hold their staff meetings at the establishment. Here is a photo of Mort (far left) with the Showme staff at The Shack in 1947.

Mort memorialized The Shack in this Beetle Bailey strip published on September 14, 1950.

This is what The Shack looked like in the 1960s. 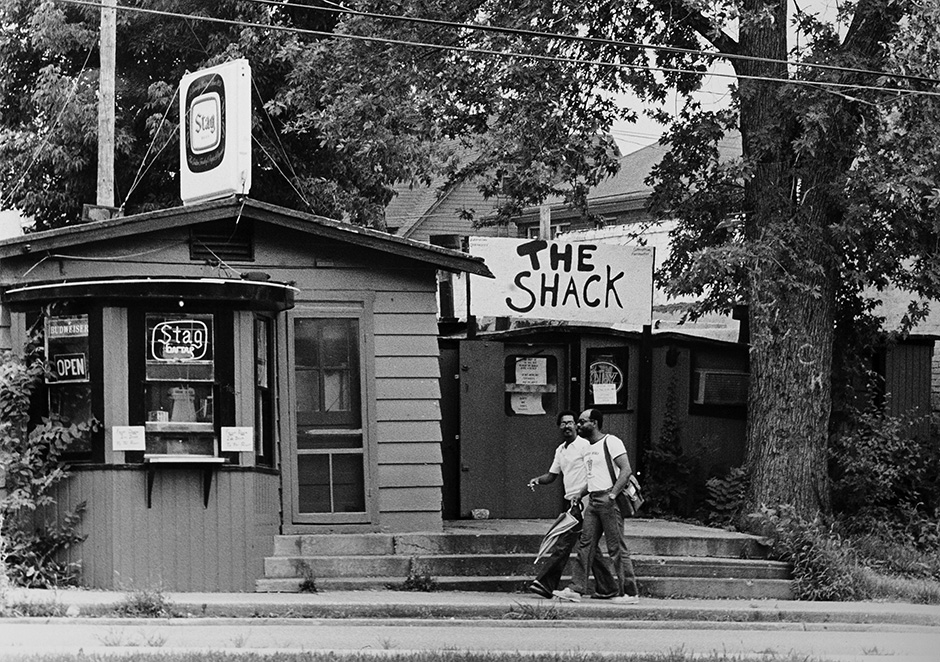 In 2007, the University of Missouri began construction on a new Student Center near the location of the original restaurant. Incorporated into this facility is “Mort’s Place,” a games and grill area, and “The Shack,” a programming and lounge center. There is a wall with large blow-ups of early Beetle Bailey strips. 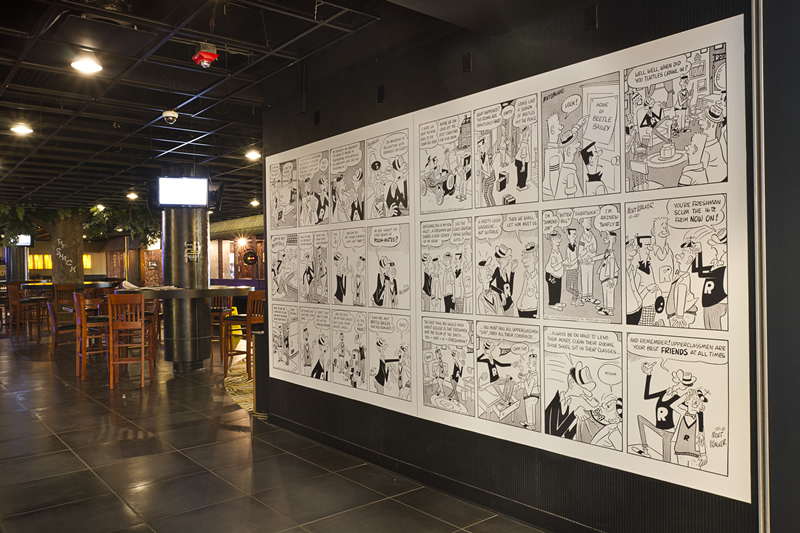 In this Sunday page from 1994, Beetle paid a visit to his old campus hangout. 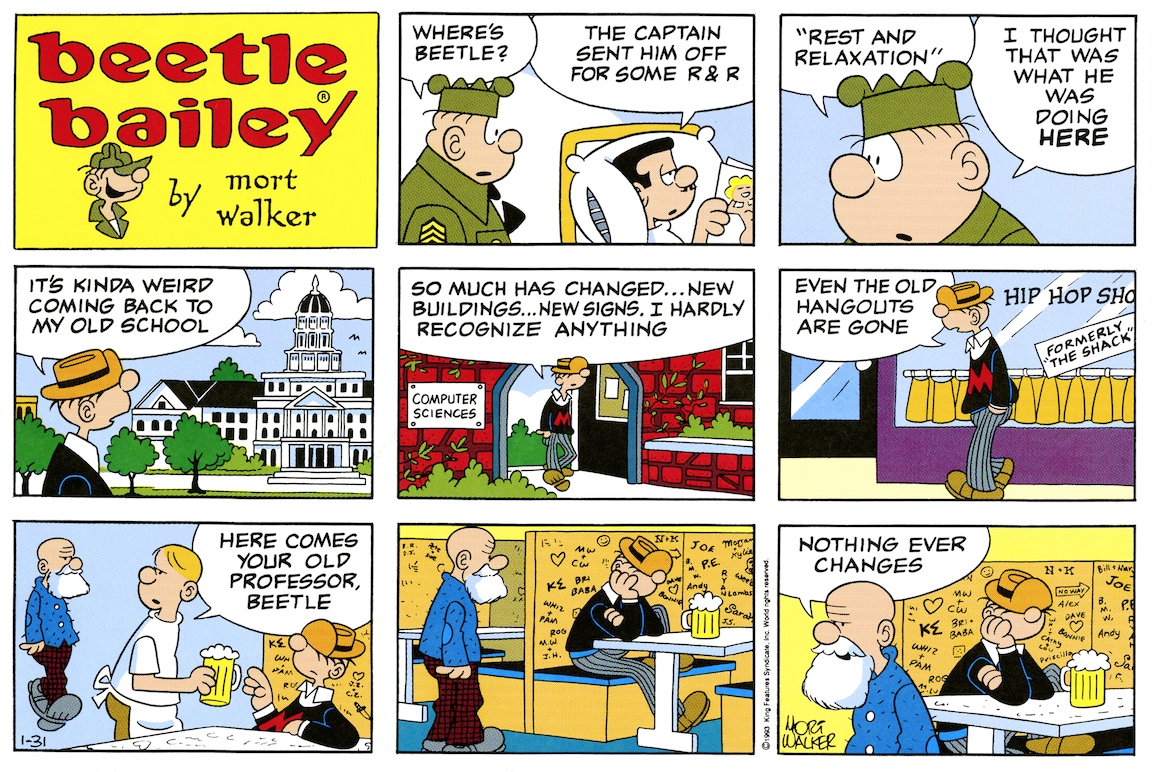