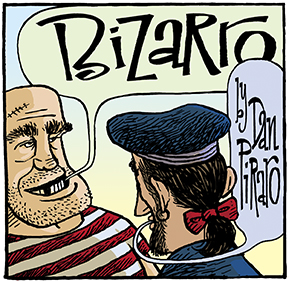 Bizarro is brought to you today by

Barrooms, restaurants, downtown streets and the like are always a bit of a pain to draw because of the complexity of the space and all of the characters involved. I often avoid these kinds of scenes because they put a major crimp in my schedule but when I do force myself to get into it, I always end up enjoying the process and appreciating 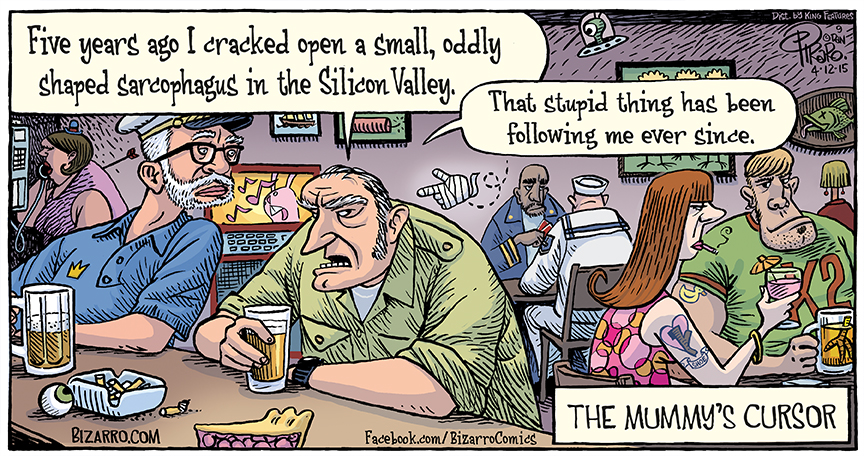 the result. Feedback from readers over the 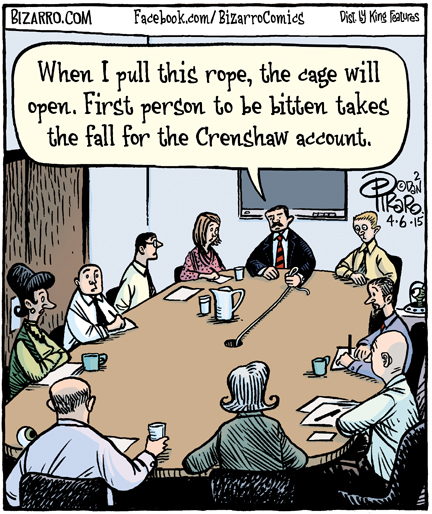 years tells me that they enjoy the complex art, too, so that’s a win/win. This image has some fun details which I hope you’ll enjoy. It also has a whopping 9 secret symbols to look for! For an easier search, click the image to make it bigger. 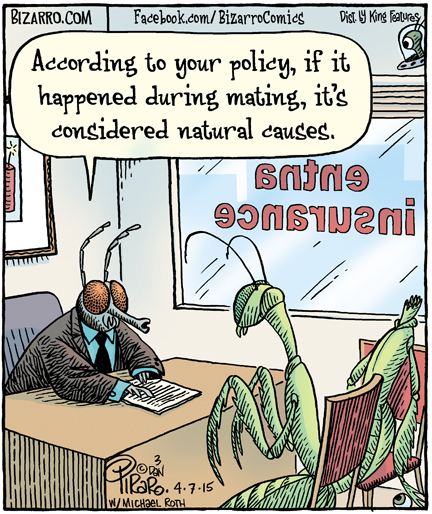 modern office environment. I don’t know what’s under that table, but it can’t be good. 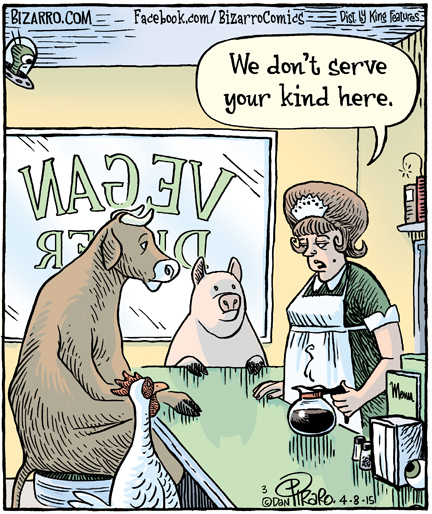 can collect on his life insurance. The name of the company on the window is a side joke: Aetna Insurance is a company in the U.S. and my “Enta” is a cross between that and “entomology,” the study of bugs.

Over on the King Features site a couple readers left comments describing their confusion over the vegan diner gag. The joke is 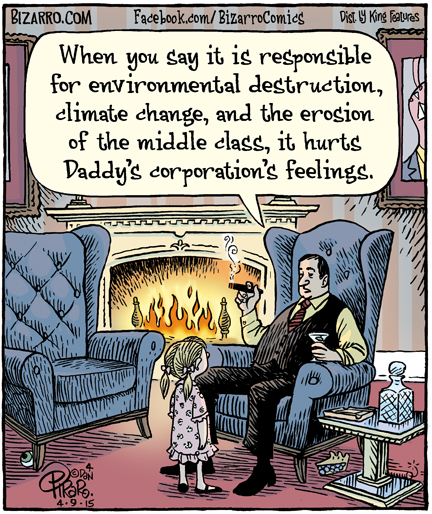 simple wordplay, of course. If you don’t get it, don’t worry about it.

My fireside gag between a man and his young daughter got some interesting comments on the King site, too. Several came from right-wing types who buy the FOX News angle that it isn’t corporations who are destroying the middle class but illegal aliens. I 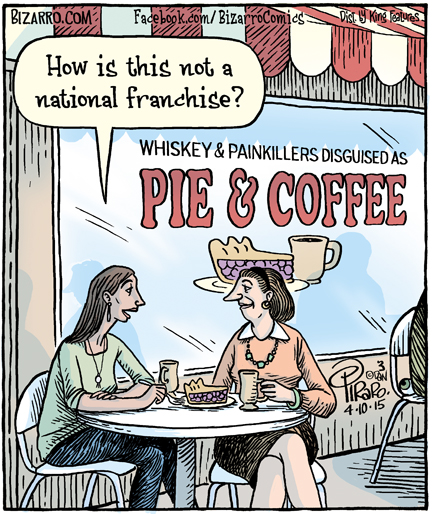 often forget that conservatives read my cartoons, too. What I can’t forget is that although FOX News is the highest rated news channel in the U.S. it also consistently proves to be the most inaccurate news source in America according to  independent studies. Its followers will decry that these studies are biased, of course, and 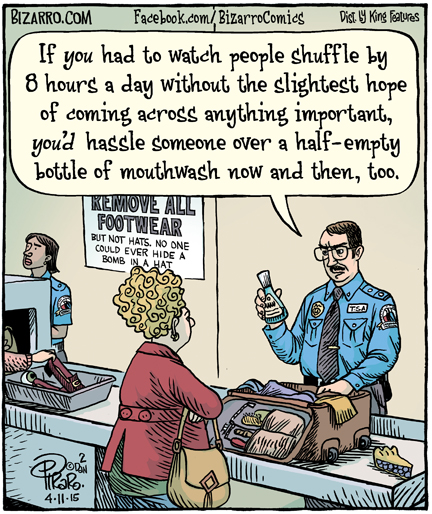 there’s nothing one can say to dissuade a true believer of anything, so I won’t try here. To my eyes and ears, FOX News is a flashy, corporate propaganda machine not unlike the one Ned Beatty was running in the brilliant and prescient film from 1976, “Network.” But perhaps I’m wrong. (Whether you’re right- or left-wing, rent it now!)

Moving on to the Pie & Coffee cartoon, I got this idea while drawing a cartoon from the previous week with similar art. See it here. This gag is very simple but I think it’s my favorite of the week.

Lastly we have the TSA joke. I can’t imagine how bored the people who work those lines at the airport must be. To be trained to be hyper-vigilant against an insidious enemy that you are almost certainly NEVER going to encounter is a strange kind of torture. I’ve not done any research on the subject but my average brain tells me that the TSA is an enormous waste of money. The odds of another giant terrorism attack on American commercial airlines seem like an absurd longshot. I say just go back to running everyone and their luggage through metal detectors and forget about shoes and liquids and body scanners and pat downs. But, again, maybe I’m wrong.