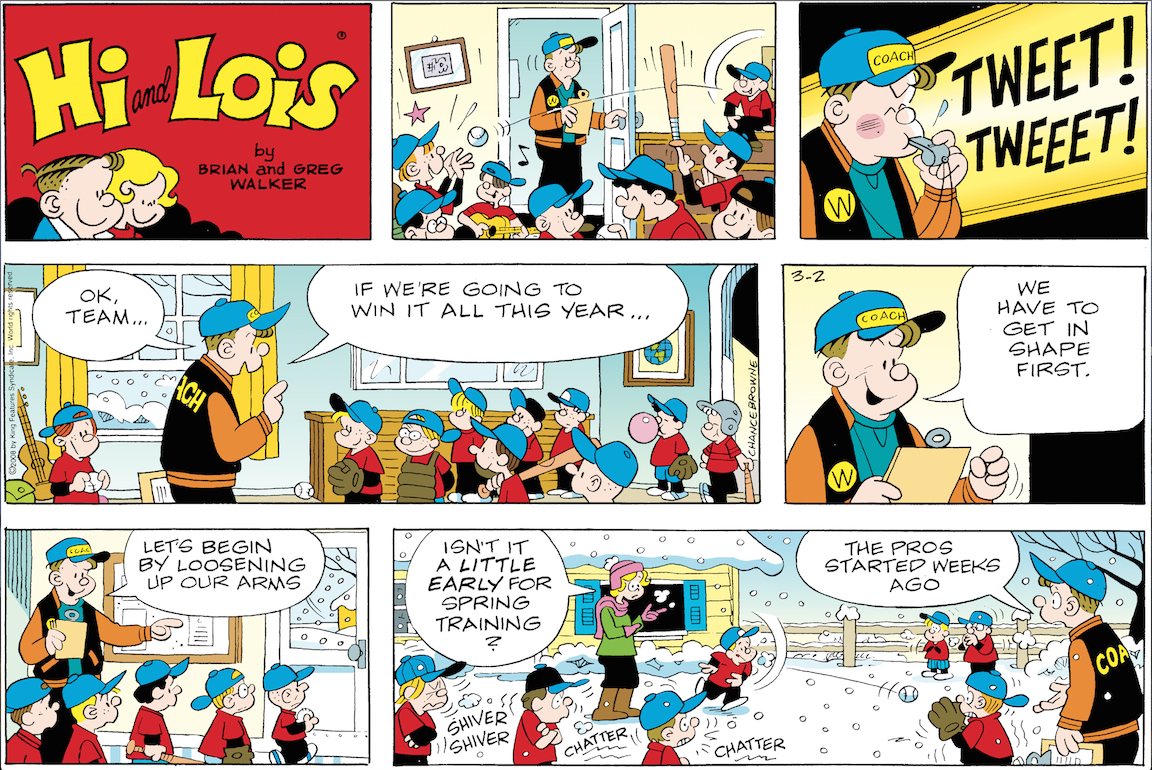 In the Northeast, the snow is finally start to melt and spring is less than a week away. It’s time to oil up the mitt and stretch out the old throwing arm in the back yard.

Here is a Sunday page from 2008 in which Coach Flagston is trying to get his Little League team in shape for the season.

In 1889, the Philadelphia Phillies were the first of the current major-league teams to have spring training sessions in Florida, when they spent two weeks in Jacksonville. Spring training by major league teams became more common throughout the 1890s and by 1910 the practice was in wide use. In 1913, the Chicago Cubs opened their camp in Tampa, and the Cleveland Indians settled in Pensacola. One year later, two other teams moved to Florida, the beginning of what came to be known as the “Grapefruit League.”

Spring training has always attracted fan attention, drawing crowds who travel to the warmer climates to enjoy the weather and watch their favorite teams play. It is a time when new recruits try out for roster spots, and veteran players hone their skills prior to the  contests that count.

This year, the first game of the Major League Baseball regular season will be between the Cardinals and Cubs on Sunday night, April 5. The other twenty-eight teams will begin play on Monday April 6.