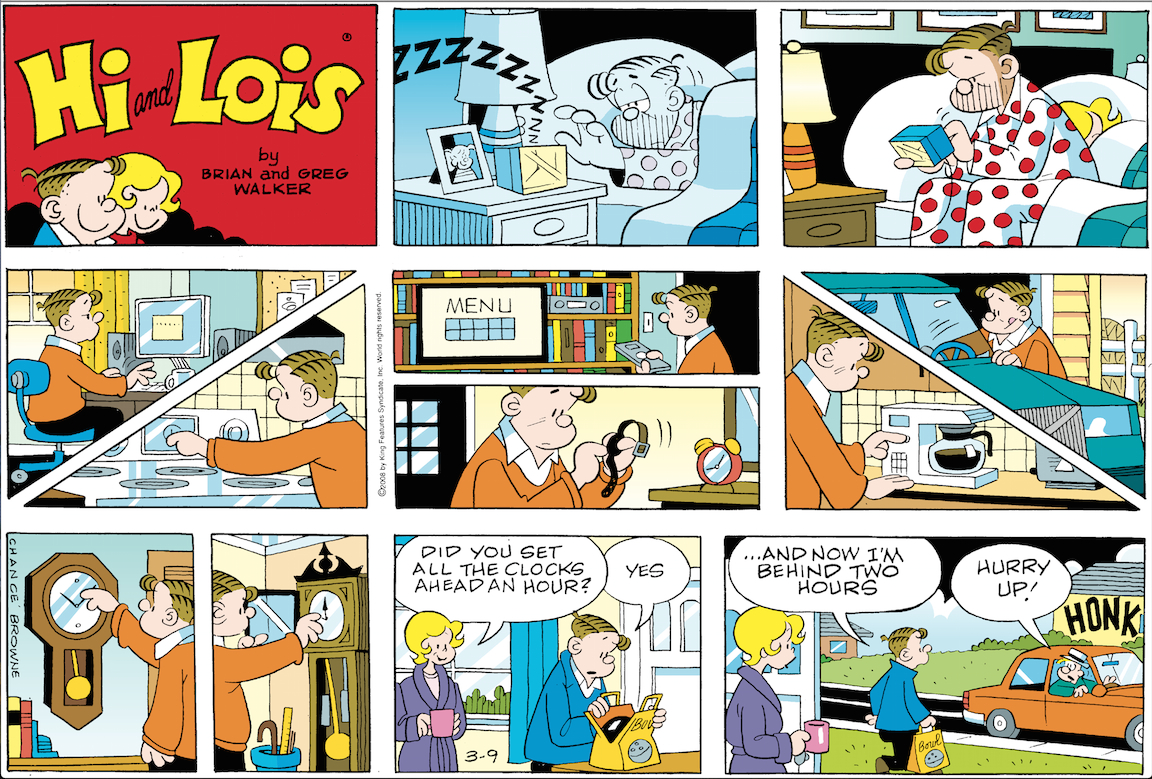 In 1784, during his sojourn as an American delegate in Paris, Benjamin Franklin wrote about his idea for daylight savings in an essay entitled, “An Economical Project.”

It wasn’t until World War I that Daylight Saving Time gained favor in the U.S. and Europe. On April 30, 1916, in an effort to conserve fuel, Germany and Austria began saving daylight by advancing the hands of their clocks one hour until the following October. The plan was not formally adopted in the U.S. until 1918.

After the War ended, the law proved so unpopular (mostly because people rose earlier and went to bed earlier than people do today) that it was repealed in 1919. Daylight Saving Time became a local option, and was continued in a few states, such as Massachusetts and Rhode Island, and in some cities, such as New York, Philadelphia, and Chicago.

The main purpose of Daylight Saving Time (called “Summer Time” in many places in the world) is to make better use of daylight. We change our clocks during the summer months to move an hour of daylight from the morning to the evening.

In this Hi and Lois episode from 2008, Hi gets behind schedule resetting all the clocks in the house.

Hopefully this will serve as a humorous hint to our readers to set all their clocks ahead this Sunday morning.