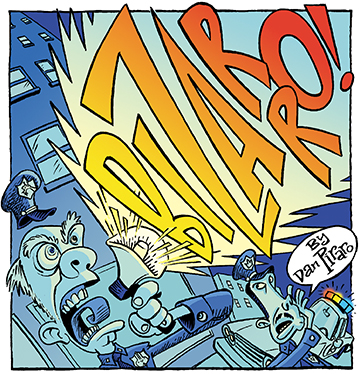 (Make any cartoon oh-so-much bigger with a single click of your thingamajigger.)

Bizarro is brought to you today by Priorities.

Dang, Jazz Pickles, it’s been a momentous week for this cartoon cobbler as I single-handedly (with the help of three big guys with a huge truck) moved Bizarro International Headquarters from Los Angeles to Pasadena. Nothing recommends the life of a Buddhist monk more than packing and moving. Like most people, every time I move I admonish myself for having so damned much stuff, but then I realize that if an apocalypse of some sort should befall us and there is suddenly a great shortage of boxes full of useless crap, I’ll be sitting pretty. So there’s that.

I awoke this morning feeling as though someone had snuck into my bedroom in the middle of the night and beaten the crap out of me, so it is gingerly that I sit down now to post this week’s Bizarro cartoons. I hope you’ll forgive me for cutting this missive short; I’ve got to get back to opening boxes so I can stop drinking my coffee out of cupped hands and replace the T-shirt I am wearing upside-down with actual underwear. 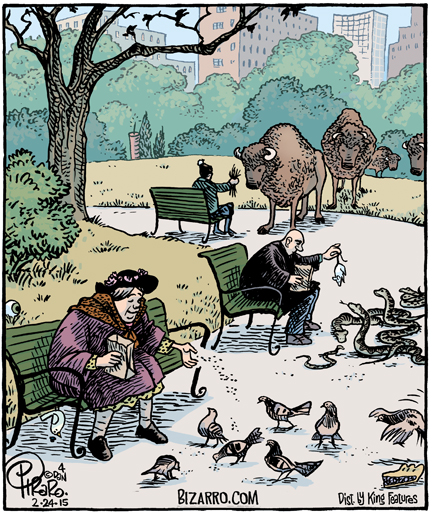 I got lots of questions about the two different versions of this cartoon. The reason is that the vertical version wouldn’t work in the horizontal strip so I had to draw more stuff off to the right. I thought that  a kid feeding fish to sharks was actually funnier than bison. 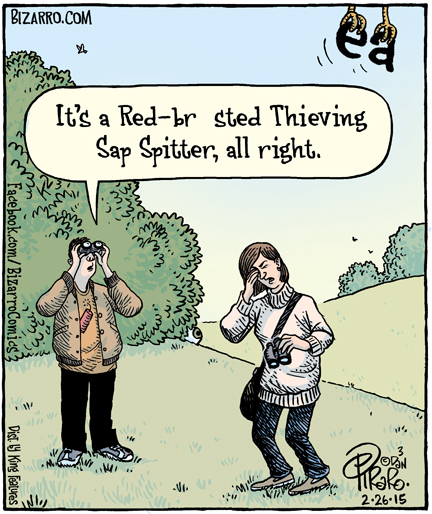 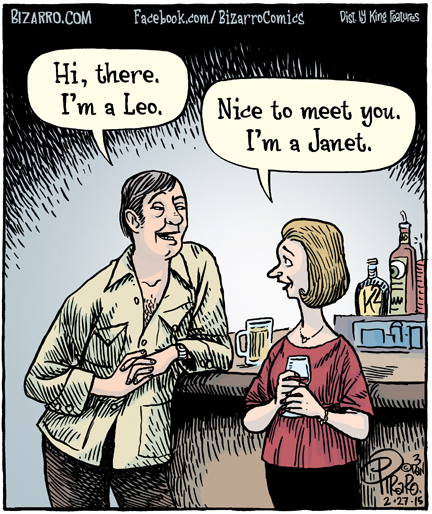