The strips we’ll see today are now considerably obscure and old. They are in fact out of living memory, from over a century in the past, and what may now offend some people was considered charming in its day.

The samples are from the hand of Edward Windsor Kemble (1861-1933), once a very well-known and highly esteemed cartoonist and illustrator. For instance, he did the drawings for the first printing of Huckleberry Finn in 1884. In fact, he became a book illustrator of many important volumes and was a friend to many literary lights of that era.

His ability to draw funny expressions and wild contortions served him well, and
though he was a star in the prestigious book world, he also did gag cartoons for magazines and newspapers, most notably Life, Century Magazine, and The Daily Graphic.

At the close of the nineteenth century, the new medium of comic sections offered him yet another venue for his cartoons, and, from 1897 to 1902, he did many for Hearst as well as other publishers.  It seemed he never stuck with it enough to create any long series, perhaps only doing enough for some easily made, quick money when more serious work was harder to come by.

Early on, he developed an affinity for black characters, and in his comics they are pretty much his specialty.  In 1911, he did about twenty weeks of short-run characters for Hearst, with names like The Chocolate Drops, Mammy’s Little Lamb and The Duke Of Dahomey.

The characters themselves are stereotypical comic types, always driven by class and status, and how pomposity can be punctured.  In these strips the characters are apparently all children, seemingly obsessed with adult clothes and manners. 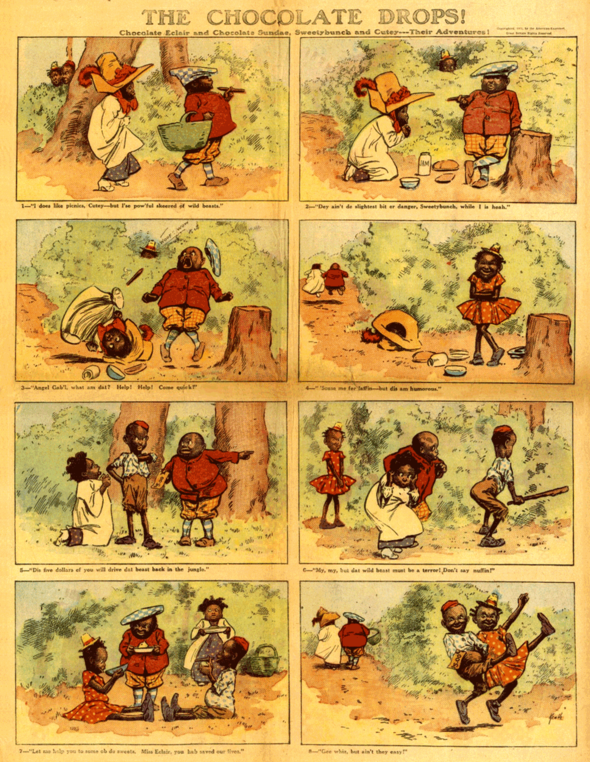 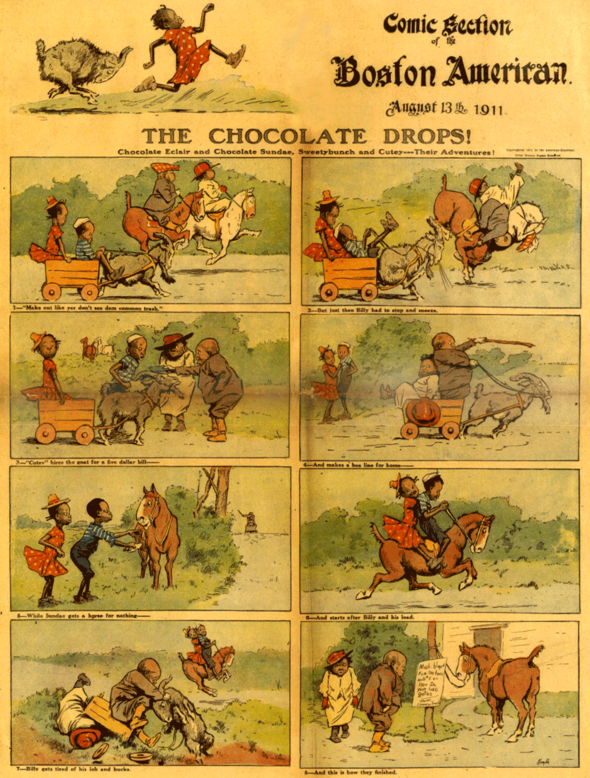 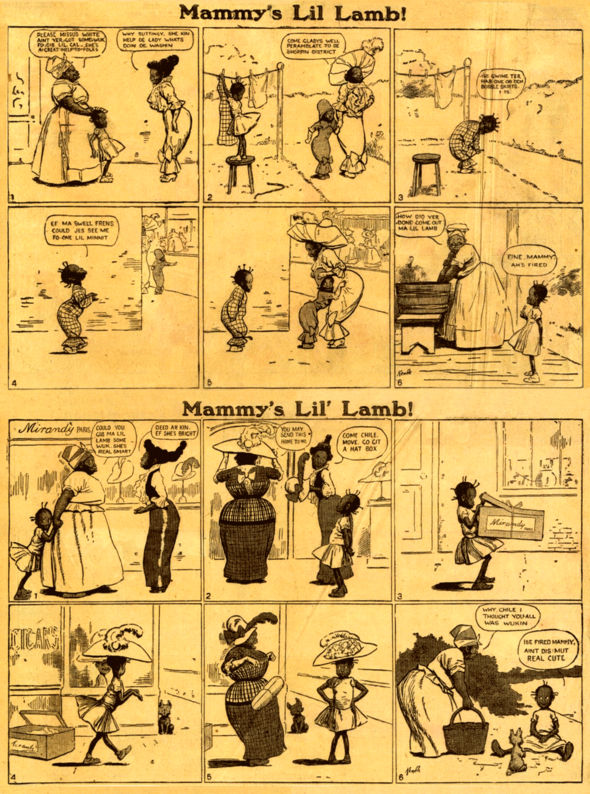 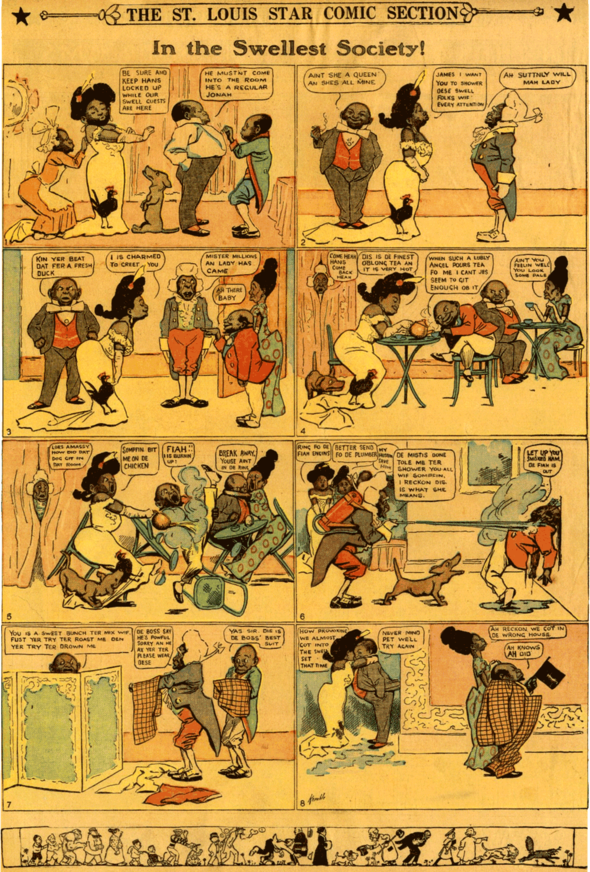 After 1911, Kemble didn’t do any more comic strips. He stayed with the reliable publications and occasional advertising, but seems to have retired about 1920.

Moving on to catch up with some reader comments:

TO Fearless Freep-
The character that would become Beetle had been around for a few years prior to BIG BEN BOLT, in an off-and-on running series of gags in panel anthologies like LAUGH TIME,  but BBB debuted several months before Mort Walker’s strip version of the character, which was, by then, a fully fleshed-out situation comedy about college life.
TO Cephasatl, CameronPB1988…
As far as new titles to offer, don’t lose hope. We are thinking over some ideas for the near future.
Your friend,
The KFS Archive Man