Christmas with The Tracy Twins 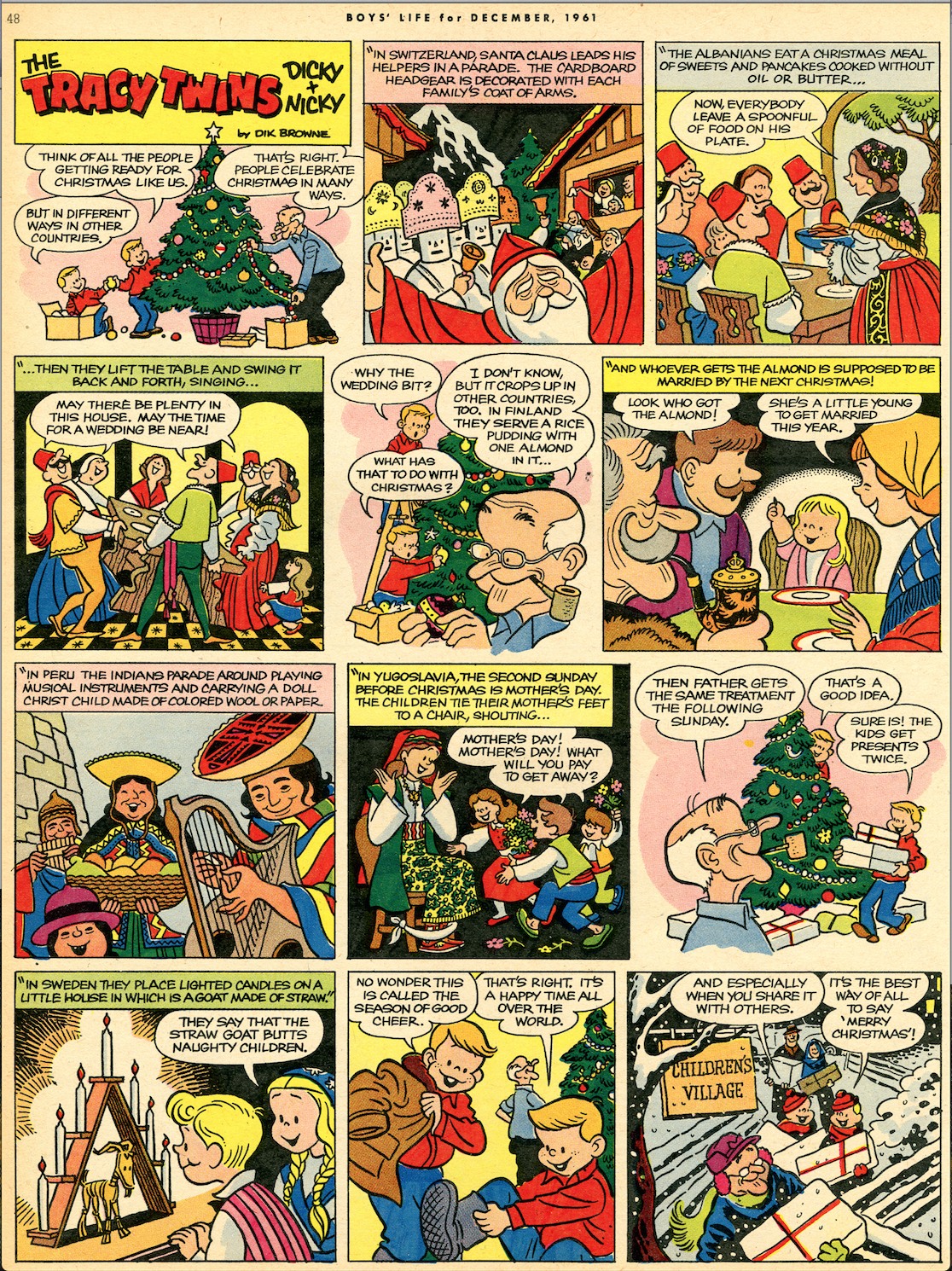 The Tracy Twins, which was illustrated by Dik Browne, made its debut in the October 1953 issue of Boys’ Life magazine, one year before the first episode of Hi and Lois appeared in newspapers on October 18, 1954.

Here is a classic holiday-themed page from 1961.

In a recent interview Dik’s son, Chance, remembered how these pages were produced.  “Al Stenzel [who wrote the feature] did large pencil layouts of The Tracy Twins pages on tracing paper with extensive directions on staging, costumes and historical details, since many of the episodes contained flashbacks and elements of fantasy and folklore.”

Chance described what these layouts looked like: “Stenzel’s drawings would be in vignette form, roughed in with a lot of notations and problem solving. They looked like a storyboard. He had a very naturalistic feeling for people, which my Dad brought to life. There was less design and more articulated anatomy, posing the characters in situations. A lot of thought went into it because of what they were trying to show in terms of the items in the panels and the people.”

“It was great to have a cartoon in which kids could relate to the characters,” Chance continued. “It wasn’t written down to them. Al Stenzel did a great job on these. Everything he wrote was really smart. He could get really wacky too. There was some true adventurousness in the writing that gave rise to these drawings.”

We will be reprinting more episodes of The Tracy Twins in future posts, so stay tooned.