Ask the Archivist: PETE THE TRAMP 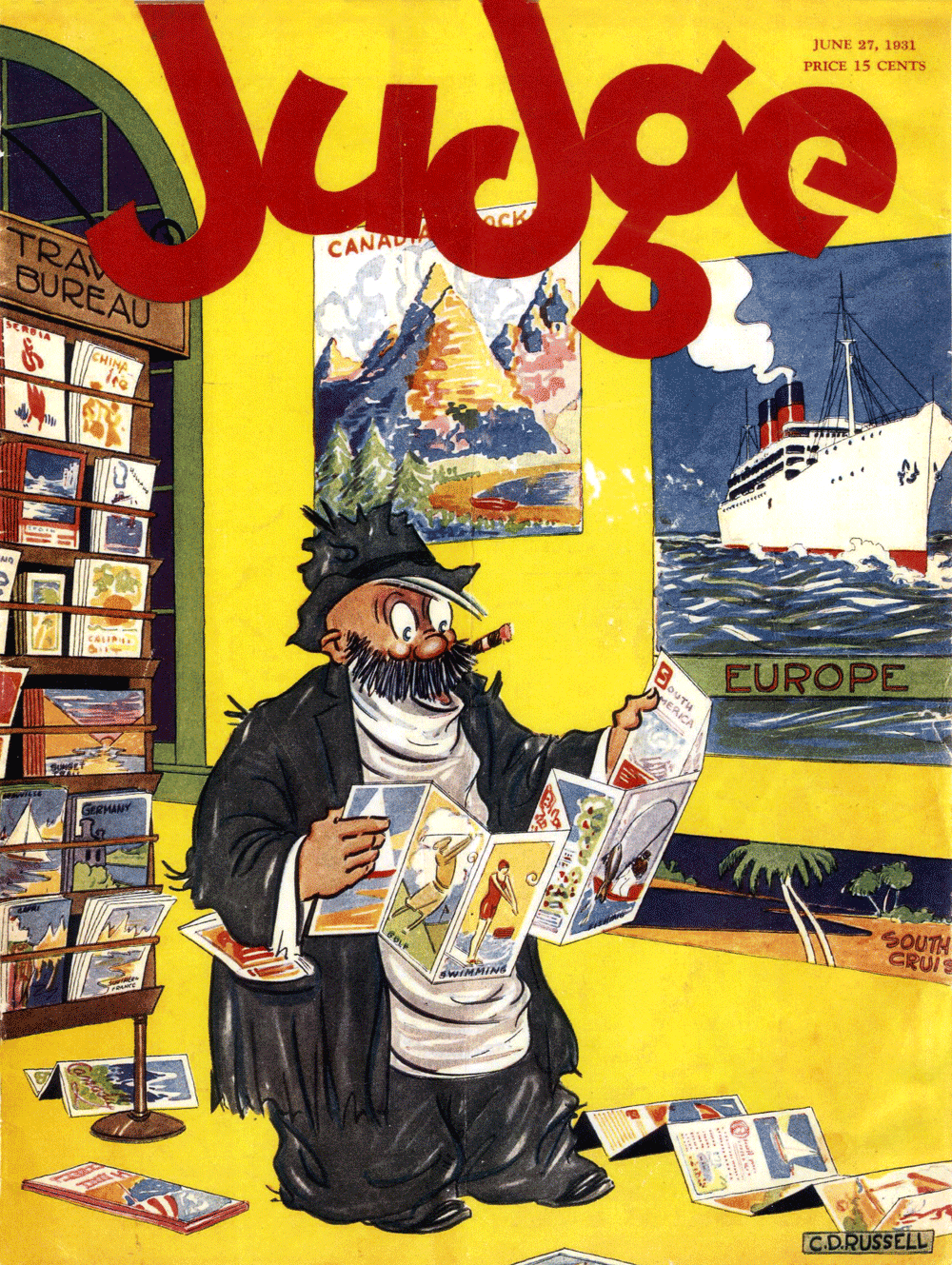 Ever notice in older strips how many drifters, hobos, vagabonds and other “Knights of The Road” there were? “Happy Hooligan” has to be the most famous of the lot, but there were many. For instance, there was George McManus’ “Panhandle Pete” over at Pulitzer’s Funny Side section, Sidney Smith’s “Sleepy Willie” in the Philadelphia Inquirer syndicate and George Frink’s long-running “Slim Jim and the Force” at World Color Printing.

Maybe the romance and adventure of the open road inspired the genre, more likely, it was by Opper’s beloved and successful star. Most of these characters existed in the days of Teddy Roosevelt, but the one we’ll see today started much later, in fact the year “Happy Hooligan” ended. 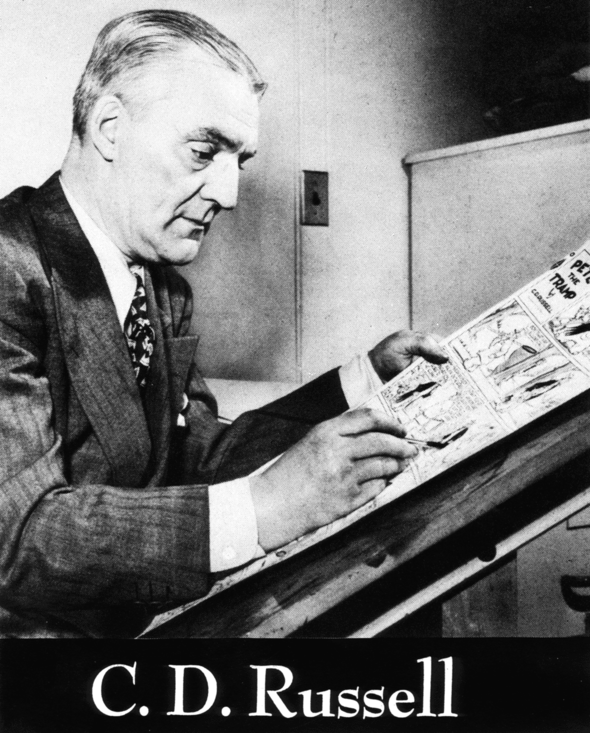 “Pete the Tramp” was first a reoccurring character in the long ago humor magazine, JUDGE, a creation of C. D. Russell from about 1929 to 1931. Some cartoonists draw from personal experiences, such as J. R. Williams’ years as a cowboy and factory hand which provided years of ideas for “Out Our Way.” But Russell was never a tramp, though, he thought they shared a kinship with cartoonists in that they were both “enormously lazy,” which seems hardly true.

Russell was a New York cartoonist working at one time for the Mail and the Evening Post. He would observe the tramps in Bryant Park, and their panhandling led to the creation of Pete.

He was a classic cartoon vagrant, wandering back roads, always looking for something to eat, by mooching from door to door, or hunting and fishing in the wilds. 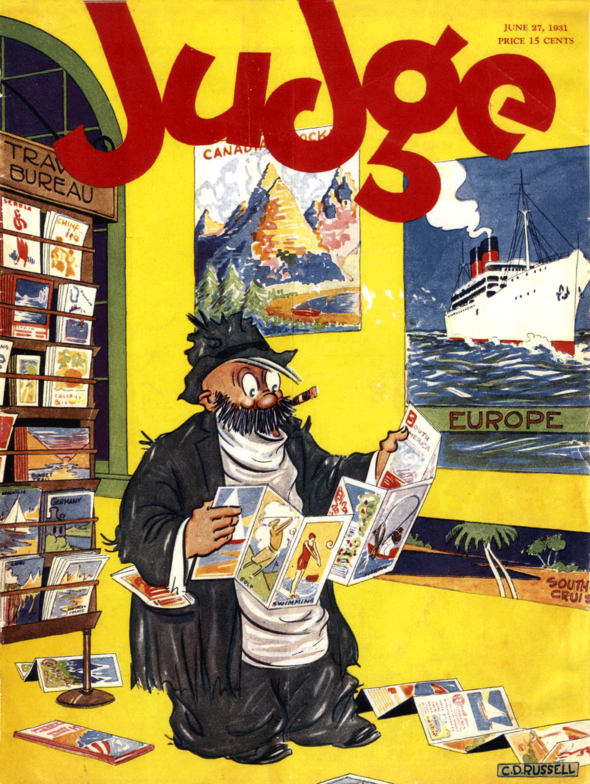 In January 1932, Hearst’s New York Mirror began a Sunday edition, and this demanded a comic section. It had several new strips in it, including the first “Mickey Mouse” Sunday as well as “Pete the Tramp.” He stayed in the King Features line-up, dodging cops and sharing philosophy with his friend Doc for thirty-one years. 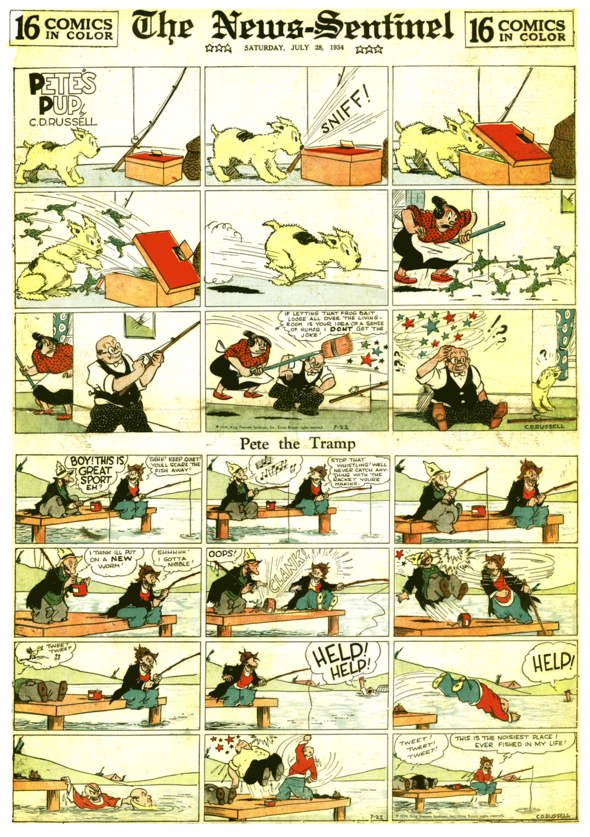 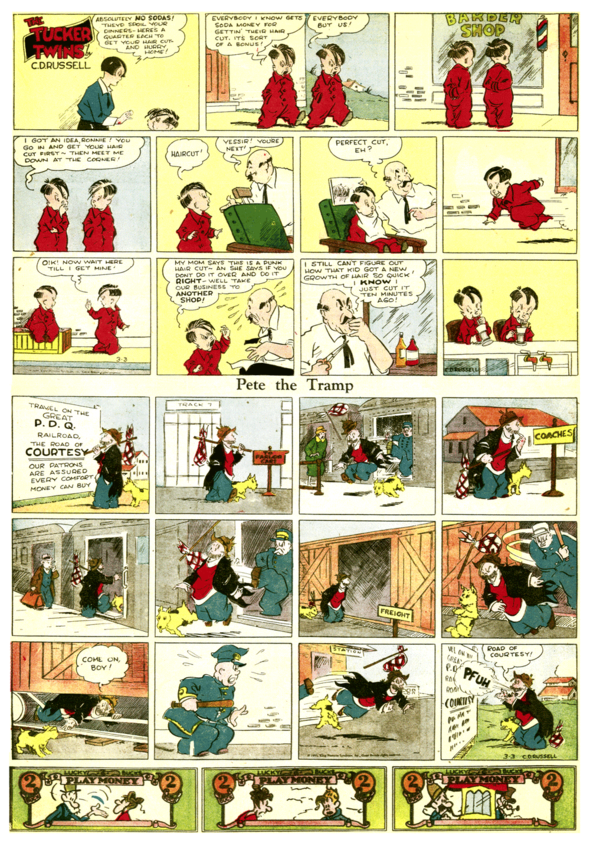 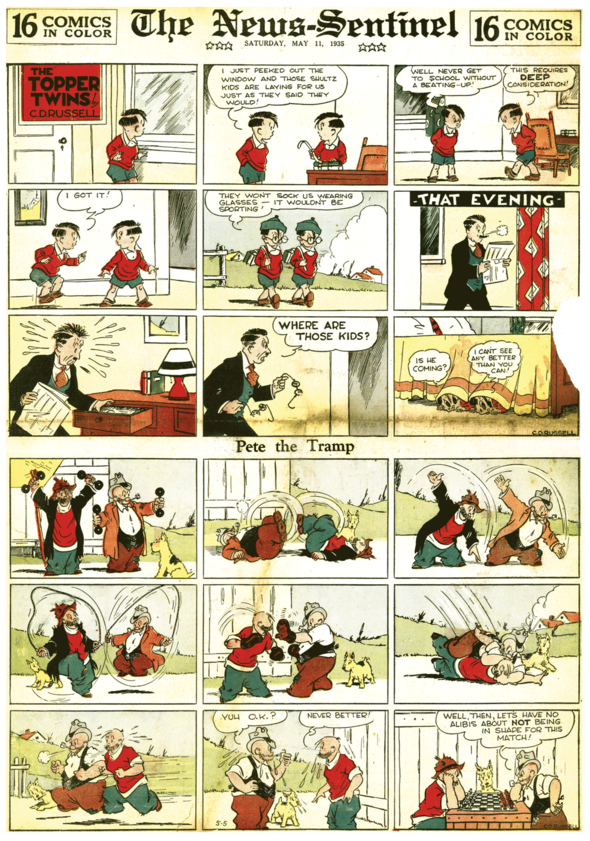 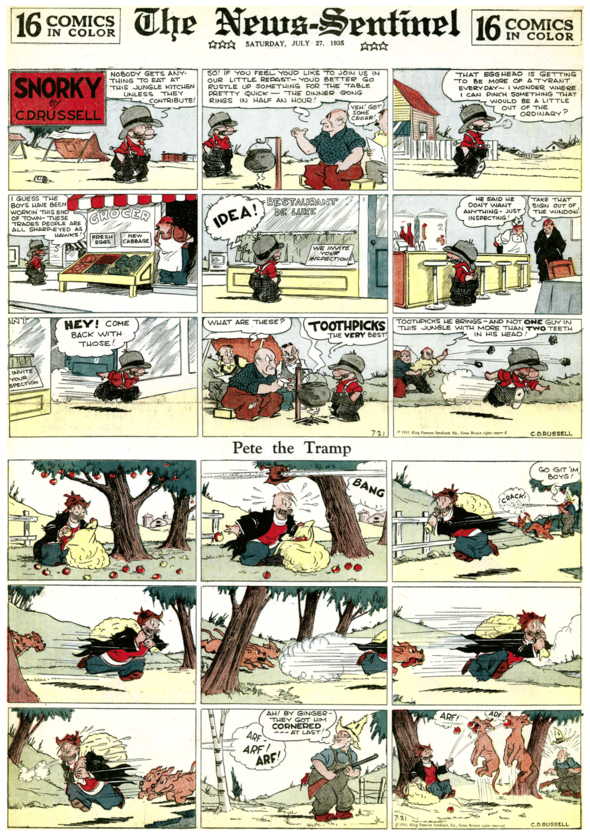 SOME PETE STRIPS WITH VARIOUS TOP COMIC COMPANIONS IN THE 1930’s. 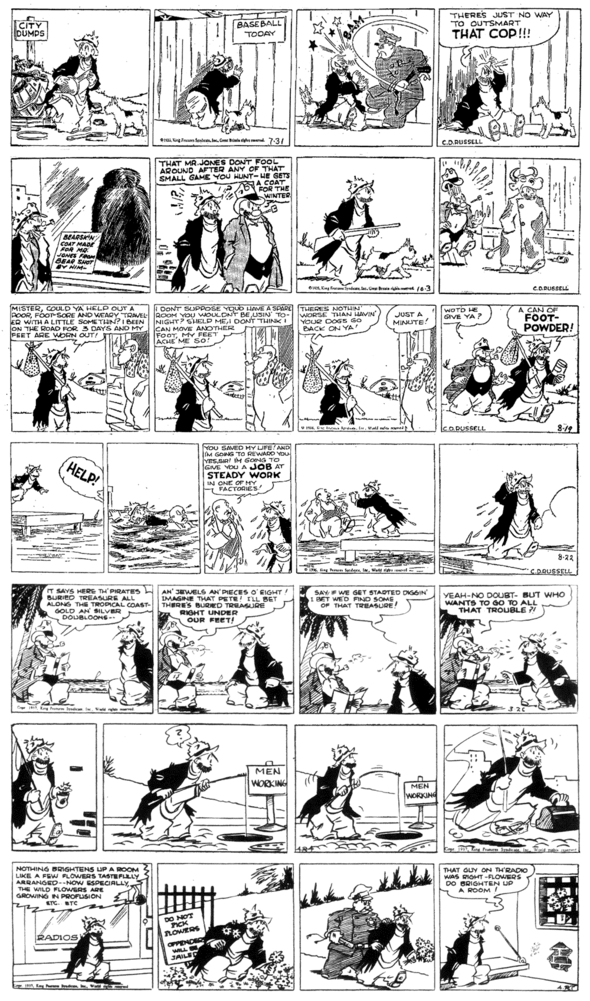 Below are the responses to last week’s entry on “Colonel Potterby and the Duchess.”

Every character will change some over the years, just because the artist’s style will mature. Chic Young made it a special feature of Blondie that the Bumstead kids grew up. Of course, they’ve stayed teenagers for many decades now, but they started out as babies.

None of the mid 60’s King Comics have been reprinted that I know of. Even the Colonel and his lady retired in 1963, they still came along in the comic books as filler pages. I believe they were done by Paul Fung Jr. for that series.

Many people must have liked Colonel Potterby & the Duchess, it was the last of the “Top Comics” to survive, long after “The VanSwaggers”, “Dinglehoofer and his Dog”, “Bunky”, etc. had folded up. But though it was mostly pantomime, on occasion they did speak. Note in the samples last week, one has the Colonel asking to borrow her hunting dog, and another has her angrily counting out the candles on her birthday cake.

TO MR. WHOOPEE,
Thanks Whoop- I wish I had more of an angle on this- I think “Colonel Potterby and the Duchess” could have been an animated cartoon or something,  after all they even gave Sentinel Louie a chance once.