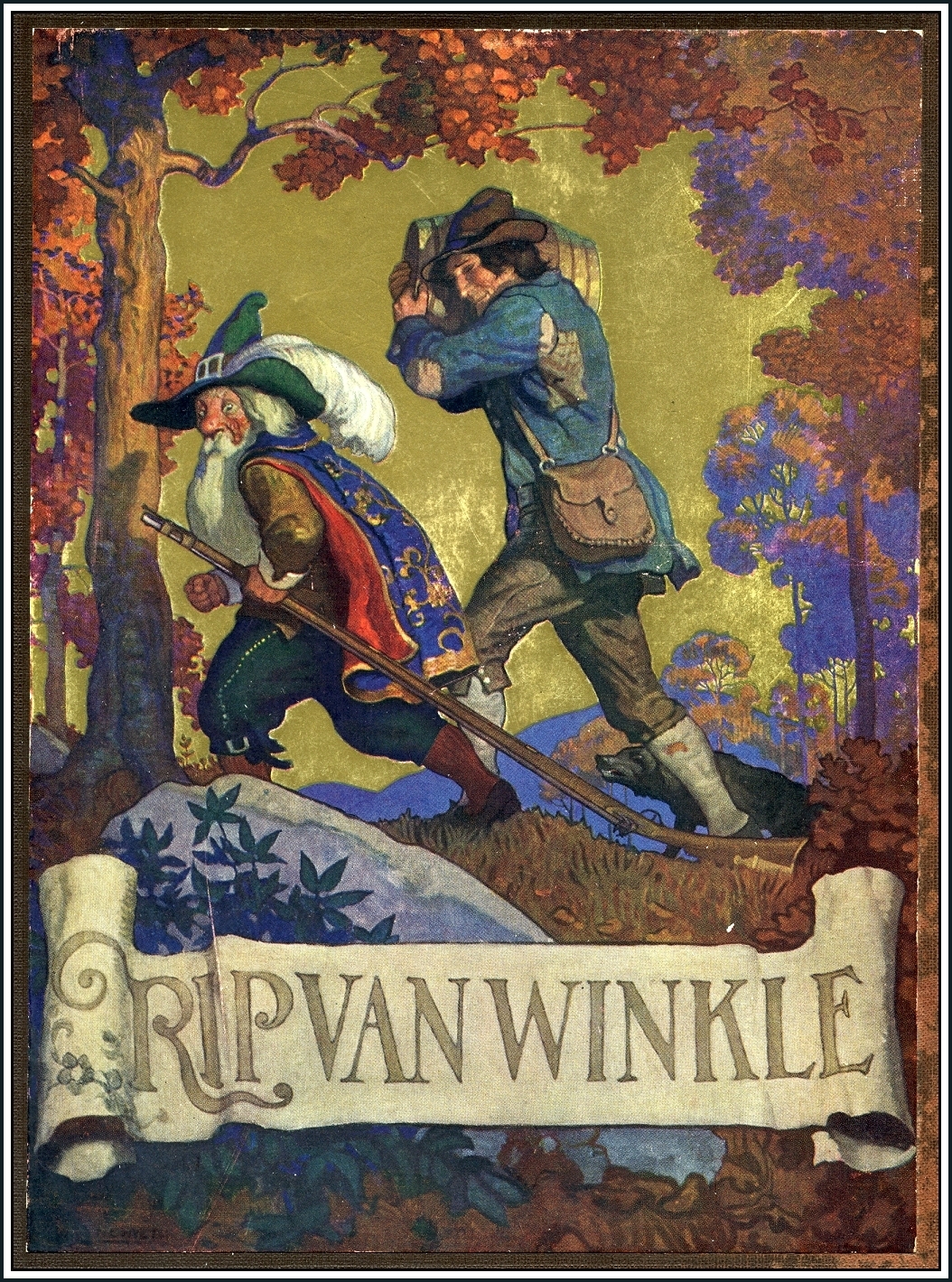 Washington Irving’s short story, Rip Van Winkle, was first published in 1819.  It takes place in a town at the foot of the Catskill Mountains in New York shortly before the Revolutionary War.  The star of the story is a Dutchman who is beloved by the children of the village but nagged by his wife for his lazy habits

One winter’s day, Rip wanders up into the hills to escape from his domestic misery and encounters a group of bearded men who are playing nine-pins – an early European precursor to American ten-pin bowling.  After drinking some of their liquid libation he falls asleep.

He awakens to discover that his beard has grown down to his waist.  When he returns to the village he learns that his wife has passed away and all of his friends are gone.  It turns out that he was sleeping for more than twenty years!

An elder villager finally recognizes Rip and his now-adult daughter takes him into her home where he resumes his idle ways.  Irving’s story went on to become a classic American folk tale, making Rip a hero to many generations of hen-pecked husbands.

Rip Van Winkle has been reprinted in many different collections over the years, but the most beloved is this edition published by the David McKay Company in 1921 and illustrated by N.C. Wyeth.

In 2009, while trying to come up with ideas for Hi and Lois, I recalled this story from my childhood and immediately started thinking about how much the Flagston’s next-door-neighbor resembled Rip Van Winkle.  The following Sunday page was the result.

I managed to condense Irving’s tale into four panels and set it up with Hi telling the story to the twins.  Chance did the inking in a rough-hewn style similar to the way his father Dik drew Hagar the Horrible.  It was fun to do something different for a change and we hope our readers enjoyed this little story within a story.

Fall is our favorite season, so stay tooned for more autumnal-themed episodes of Hi and Lois.