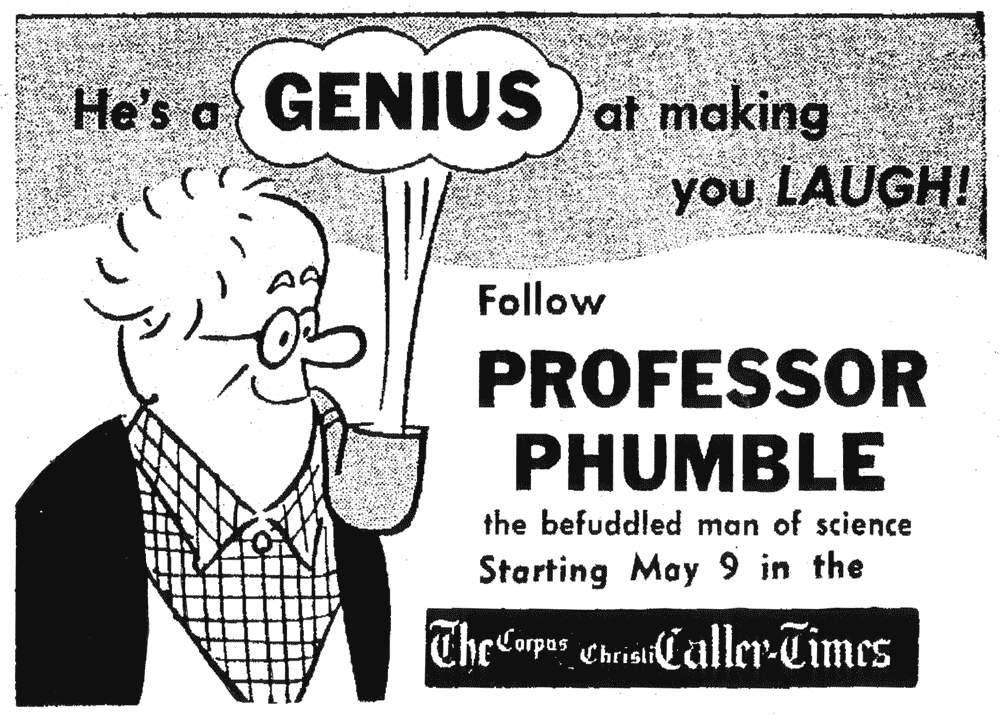 Back in the 1960’s, there was lots of talk about the importance of education to our future — that we had to be smarter than the Russians if we were to compete in the Space Age. We had “Flash Gordon,” the king of the spacemen already, but a series based on the men who actually created the technology was different. Such a lead character was Professor Phumble in the aptly titled comic by Bill Yates, a daily-only series that ran from 1960-1978. 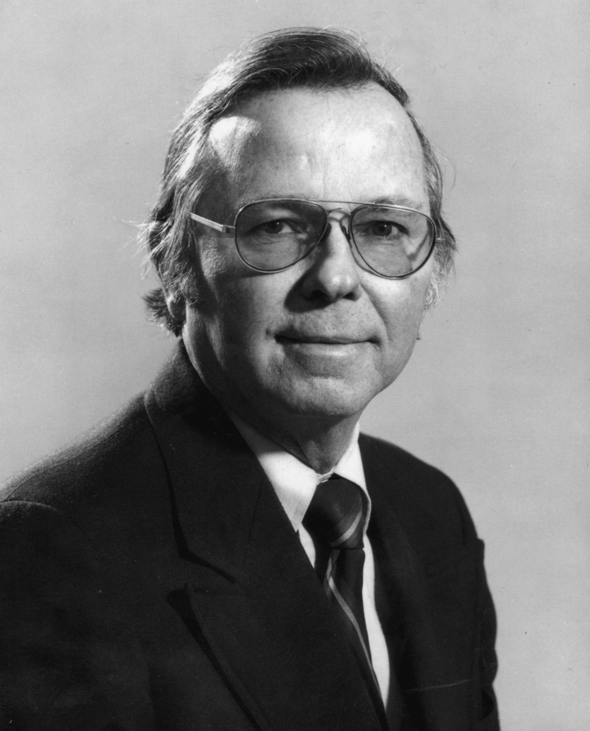 Yates was a magazine and comic book cartoonist and editor for Dell Publishing, but he was at his best with a strip. His professor was of the classic absentminded variety, who had several settings. In the first few years, he’s an inventor at home and a rocket scientist on the job. At home, he contends with his wife Sugar; an ornery pet dog named Cuddles; Cogsworth the computer; crazy germs living under his microscope; and a bratty neighborhood kid, Thornton. At the office, or launch pad, he encounters rival scientists, high pressure Senators who hold
the space project’s purse strings, and a beautiful albeit dumb “Lasstronaut” named Lizzie. 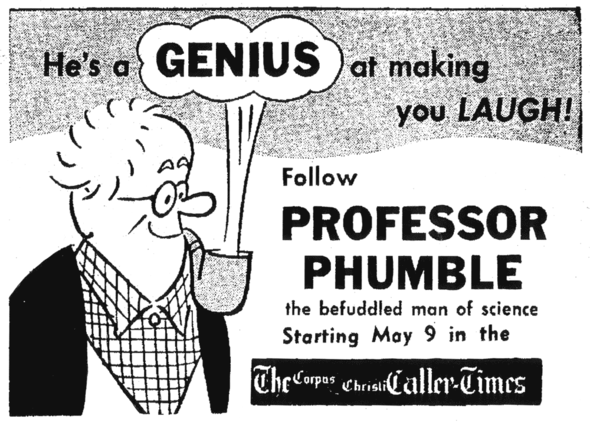 Maybe all the missions she was sent up in didn’t amount to much, or Yates just tired of the situation, and the Prof’s new assignment was at Hoohah University, teaching science to more or less uninterested students. His frequent foul-ups often earned him the wrath of Dean Beane, or the sarcasm of Collards, the Janitor.

Frequently, in the later years of the strip, Yates would attach a second non-visual gag in the form of a wacky idea for an invention, a riddle or a nugget of skewed philosophy, such as “If you are early, the train will be late, and vice versa,” or “A barking dog never stops.” 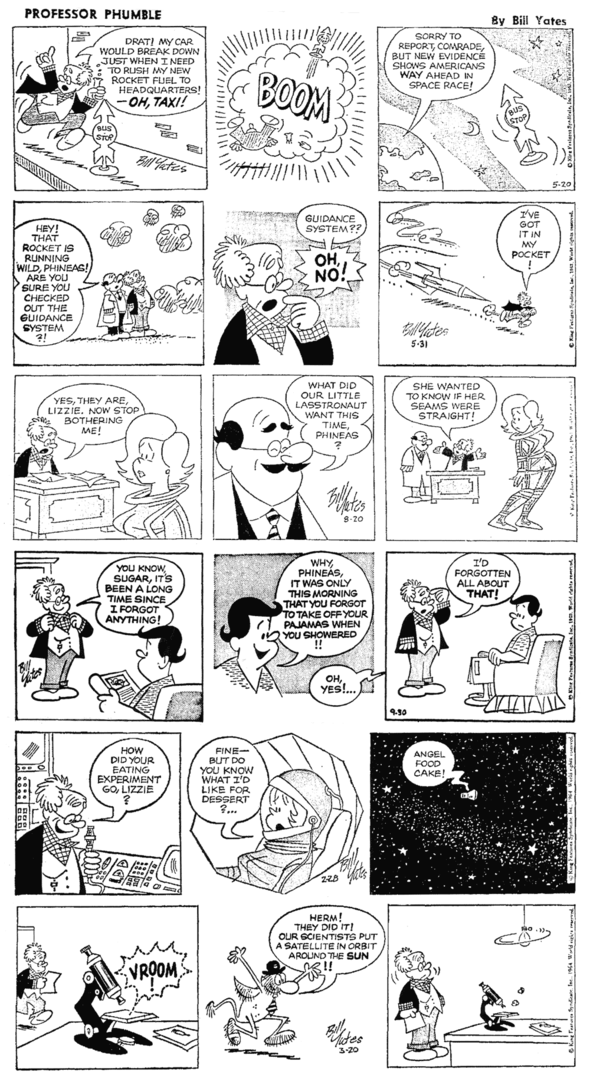 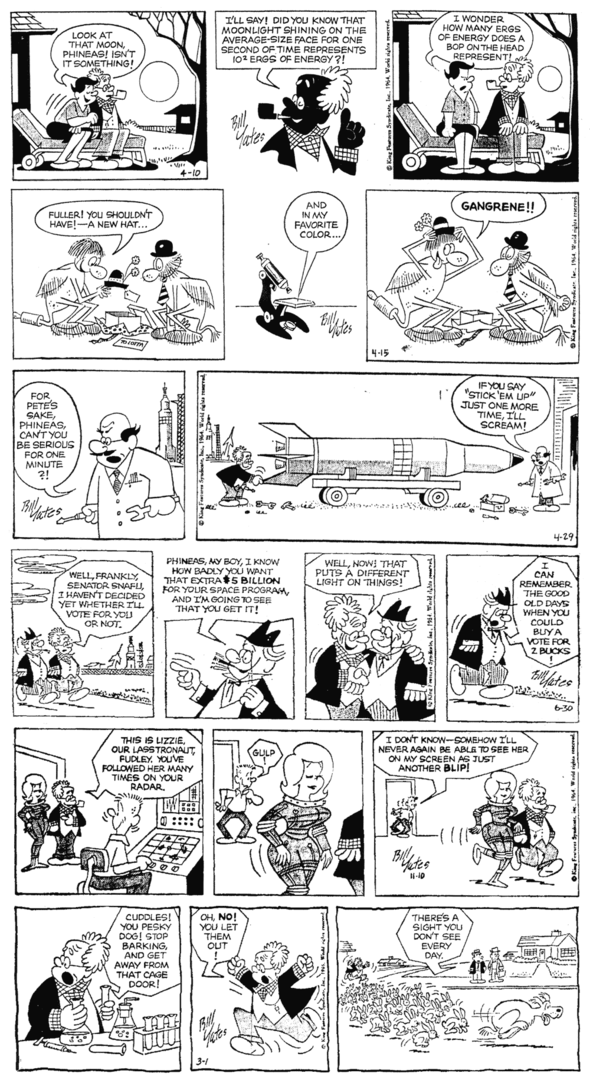 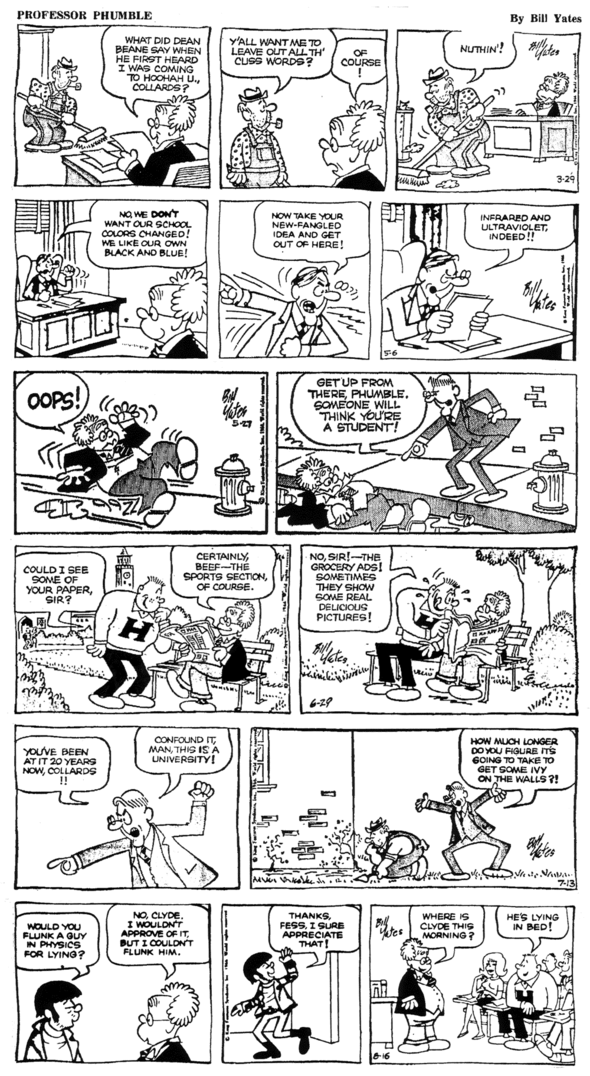 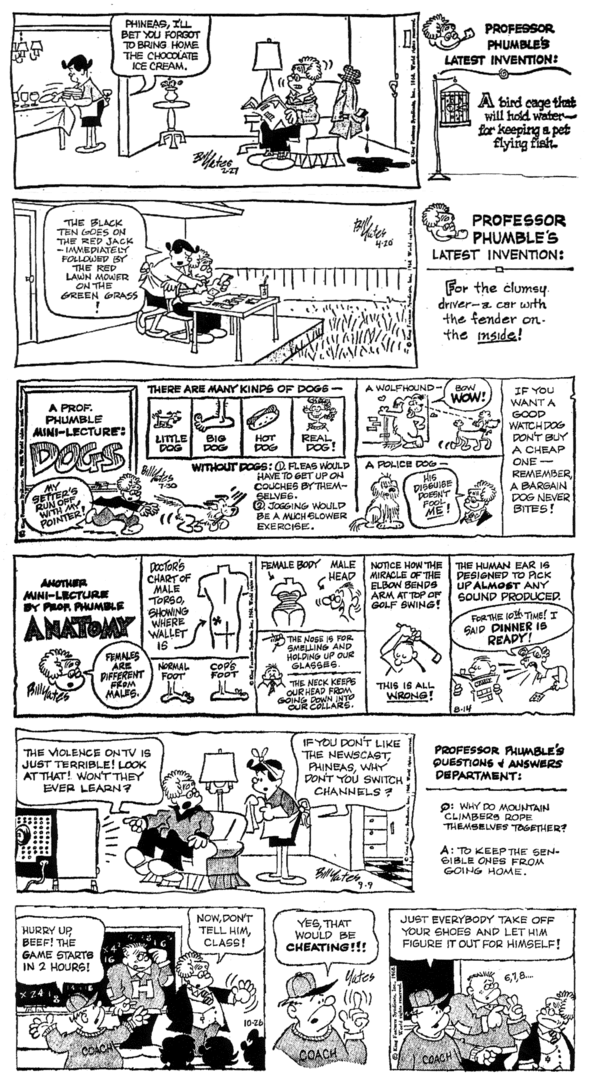 When the strip was retired, Bill went on to succeed Sylvan Byck as Comics Editor of King Features, from 1978 to 1988. Through the years, he had also worked on other strips, such as “Little Iodine,” and started co-authoring “The Small Society” with Morrie Brickman in 1986 and “Redeye”with Mel Casson in 1988. He finally retired along with “Redeye” in 1999.

Below are my responses to comments made about last week’s post:

The “Scotty Davis” character in “Mark Trail” grew to manhood. He eventually became a game warden in the Lost Forest, moving on to where the strip showed him on adventures by himself, and alternating with ones starring Trail, though he would visit on occasion. After awhile, in the early 1970’s,  we just didn’t see him anymore. Dodd must have realized he’d created a younger Mark Trail, who was doing everything Trail was doing — in the same way, encountering the same antagonists, so there wasn’t any point to him anymore.

I thought Dodd had a very lush, deep ink style. Everything looked wet. But as time went on, the style changed. I’ll do another on him someday. I have a lot of the one-column panel series “Mark Trail’s Outdoor Tips,” for instance.