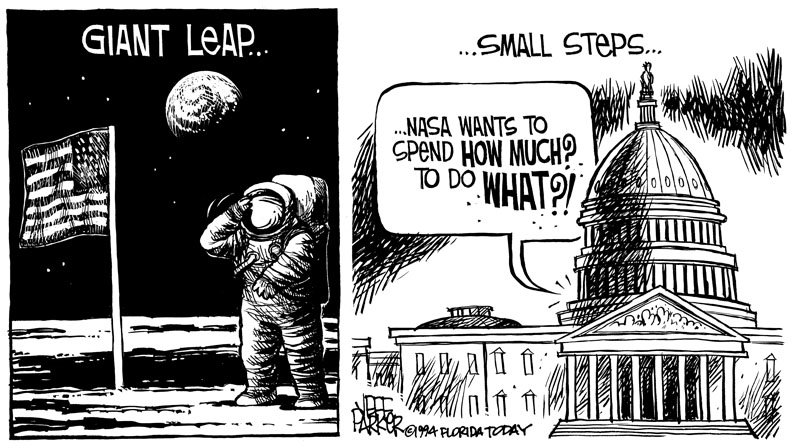 Steve and I are both editorial cartoonists. Well — I used to be, until last September.

And some of our readers may know that I grew up just down the coast from Cape Canaveral and Kennedy Space Center in a little beach town called Satellite Beach. Apropos, no?

So I’ve been an “orbit-head” my whole life, and was ten years old that night when my family watched Neil Armstrong’s giant leap live on television. I can’t remember what I watched on TV last night, but I remember that night’s viewing for sure.

Anyway, I thought since today marks the 45th anniversary of the Apollo 11 moon landing, I’d post some of my editorial cartoons from previous moon landing anniversaries. They all originally appeared in FLORIDA TODAY, the Space Coast’s newspaper.

Here is the 25th anniversary version. Oddly, this 1994 cartoon is similar in tone to 40th anniversary cartoon below drawn at the time of the Shuttle program shutdown. Then as now, there’s little commitment in Washington to do great things and “boldly go where no one has gone before.” 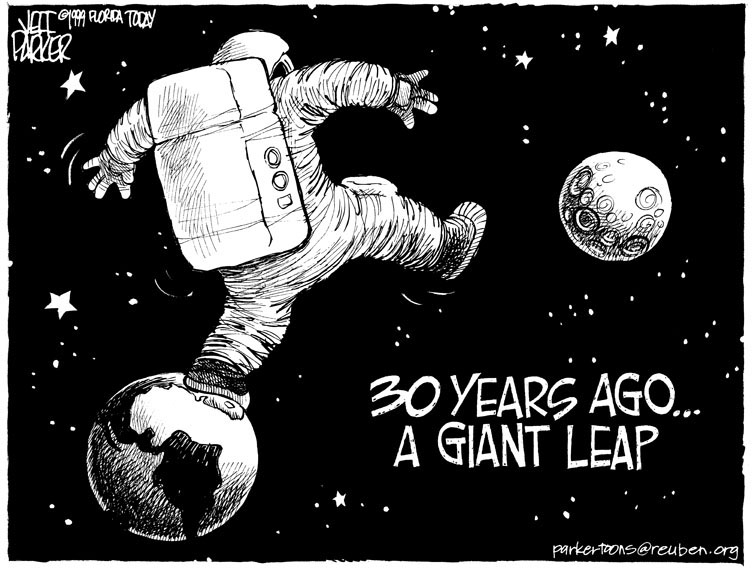 Here’s my comment on the 35th anniversary, published in 2004. 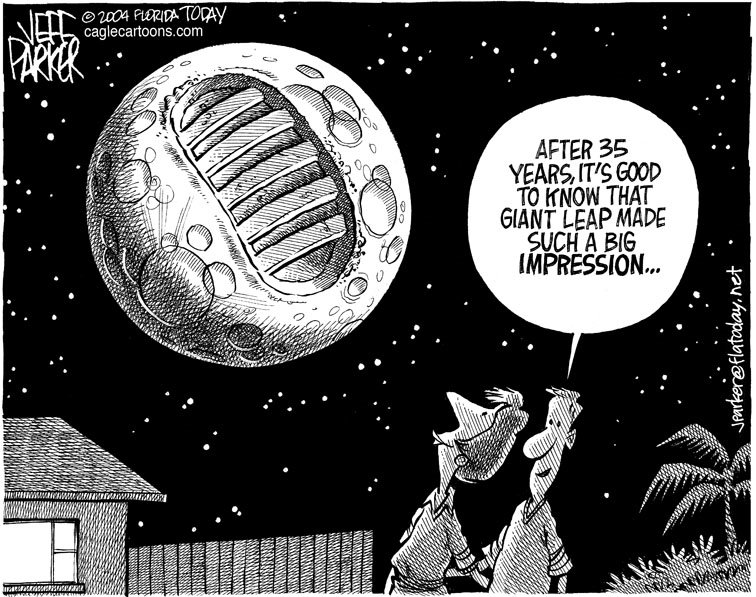 And this one appeared in 2009 on the 40th anniversary. The fact that the man and woman in this cartoon resemble me and my wife is purely coincidental. 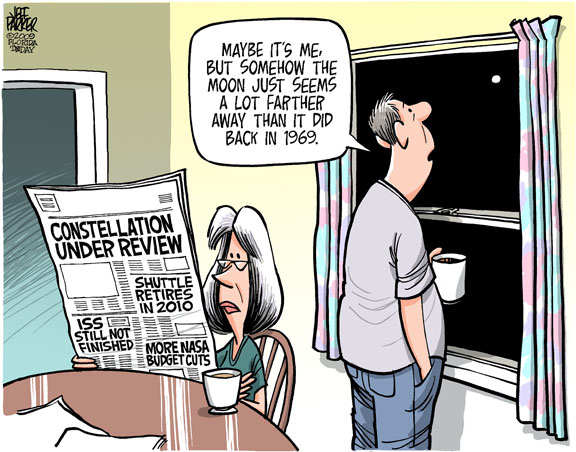 (Now you can see why I retired from editorial cartooning.)

I also thought it would be neat to look back at the cartoon FLORIDA TODAY (then just known as TODAY) ran on July 21, 1969.

So I pulled out my aging copy of the “MAN ON MOON” edition. Surprisingly and much to my delight, it was a Herblock (Herbert Block) Washington Post cartoon titled, “Unbound.” Herblock was one of the cartooning world’s titans and it is only fitting that his cartoon was chosen for our pages to commemorate this epic feat 45 years ago. 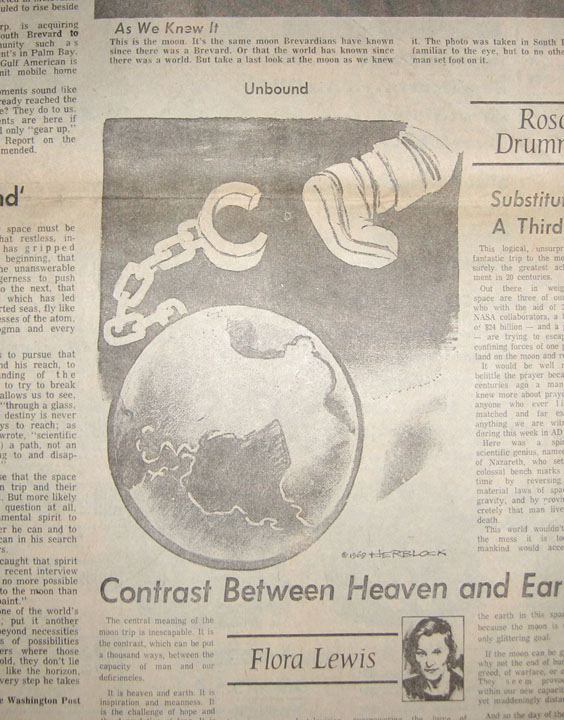