Wow, since I started this feature, I have learned about all kinds of official national days here in the US.  I can’t keep up with all of them.

This one, however, I am happy to keep up with, as I have two cats– Clarisse, named after Clarisse from Ray Bradbury’s Fahrenheit 451, and Ladybug, named about the ‘Ladybug’ nursery rhyme.  Yes, both of my cats are named after pieces of writing invoving burning.  I didn’t even name Ladybug, so it’s not my fault!

I’m currently trying to raise Giant Silk moths. I’m waiting for them to come out of their winter cocoons.

Zippy’s occasional pet, Dingy, is based on the “dark side” I’ve always noticed in felines, many of which have cohabited with me. I always wonder if they love me–or are they just waiting for me to die so they can eat my eyeballs.

Dennis and his pets, then and now: 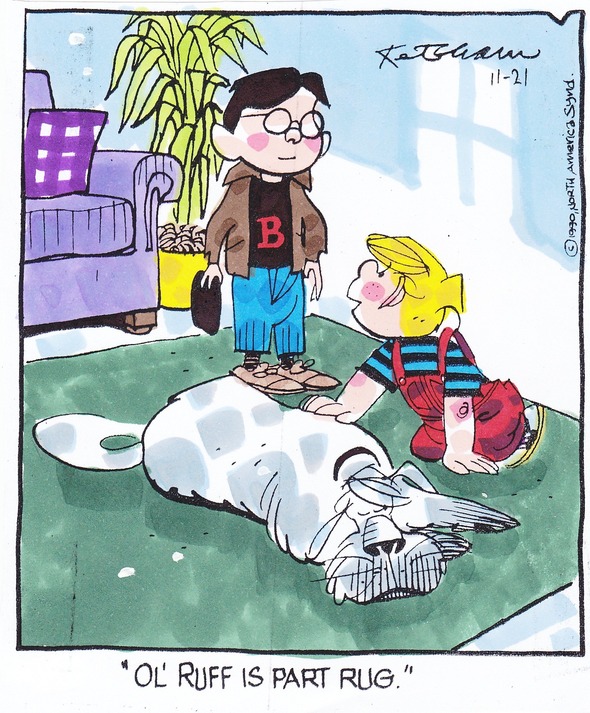 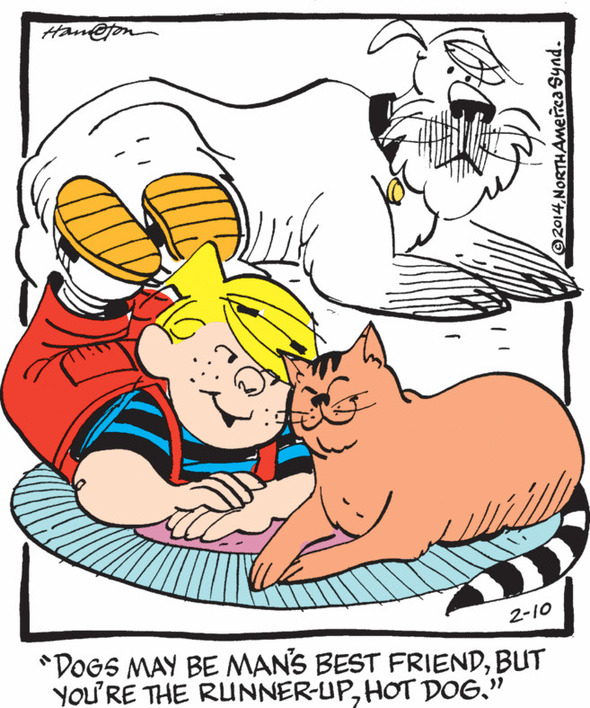 I love this opportunity to talk about my family horse. Robin was a retired pacer who raced for 15 years. In his old age he needed a farm family to take care of him and at age 4 I was in heaven! Robin was my mentor and my love and our whole family adored him-pranks and all. I have a sketch done from memory but it doesn’t show the heart and wisdom of my dearest, old friend. 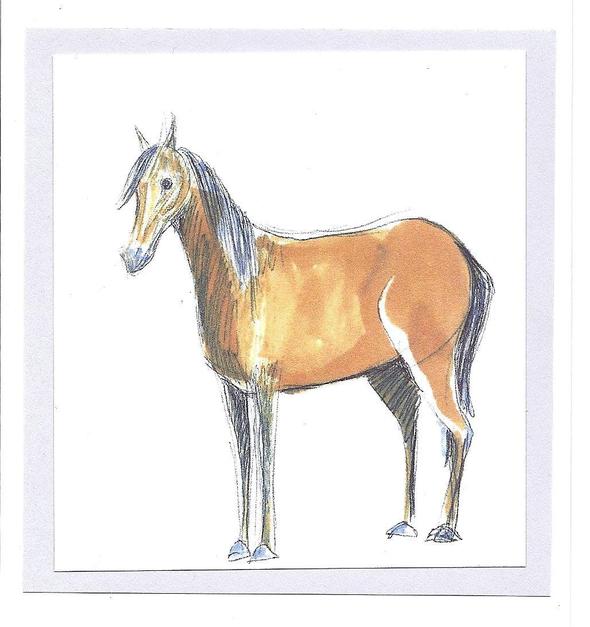 When I was around 10 years old I had a little dog that was my constant companion. His name was Kin and he even slept in bed with me every night. He got hit by a car and I woke up the next morning and he was in bed with me but he was dead. I was devastated. I never wanted another dog in my life and I’ve never had one.

Another dog story. A cartoonist who drew for the New Yorker and was the creator of “The Little King” comic would get up to talk at a cartoonist meeting and some guy would always yell, “Stand up, Otto” and Otto would yell back, “I AM,STANDING UP, DAMN IT!!!” His anger always provoked laughter and I felt a feisty dog would fit into my strip.

Billie is our ten year old Jack Russell and the best dog ever. He’s up for anything (except chasing cats, as he’s scared of them) and did the Coast to Coast with us last year. It’s a 200 mile walk from one side of England (Yorkshire) to the other (The Lake District). Unlike us, he was indefatigable and was an amazing motivator, barking at us to get going any time we sat down for more than ten minutes 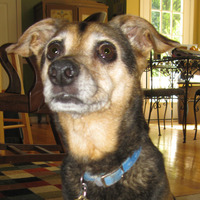 Years ago a frequent character in “On the Fastrack” was Meg the Cyberdog, seen in the strip as an outline of ones and zeros. She was based on our spirited black and tan terrier, who left us last year at the age of 16. 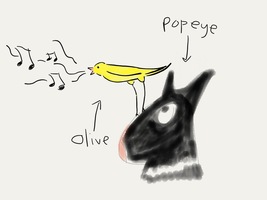 The two pets in my life that I will always have fond memories of are a bull terrier, and a canary (thank goodness they lived in different houses, and in different decades). Their names? Popeye and Olive. No kidding.

Mary temporarily fostered a beagle named Chester once and loved him very much. 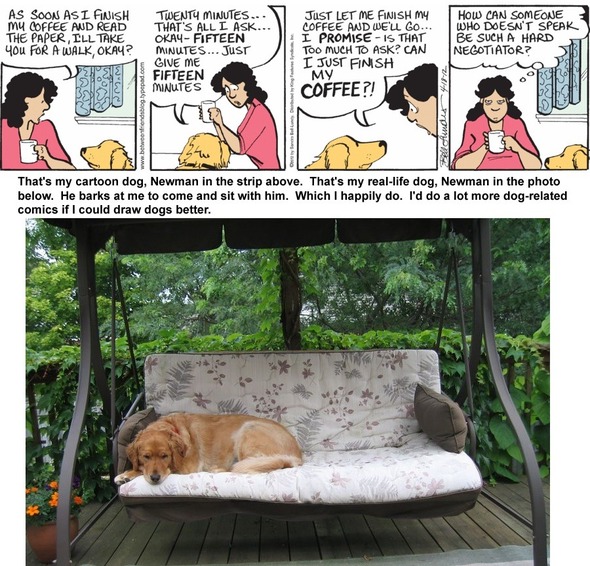 I have lived with cats my whole life and have loved them all. About 14 years ago my daughter and I adopted a cat from the local shelter. It turned out she was pregnant and we ended up keeping two of the kittens. They have been a constant source of inspiration for all the cat cartoons and designs I’ve done during that time. Sadly, I lost one, Big Eric, last year and I still miss him. He lives on in the work I’ve done and his Mom, Spacey, and brother, Conor, continue to inspire me. Needless to say, I’m big on hugging them. Happy Hug Your Cat day! 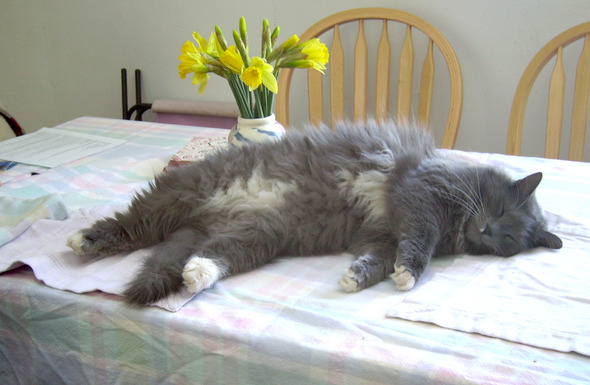