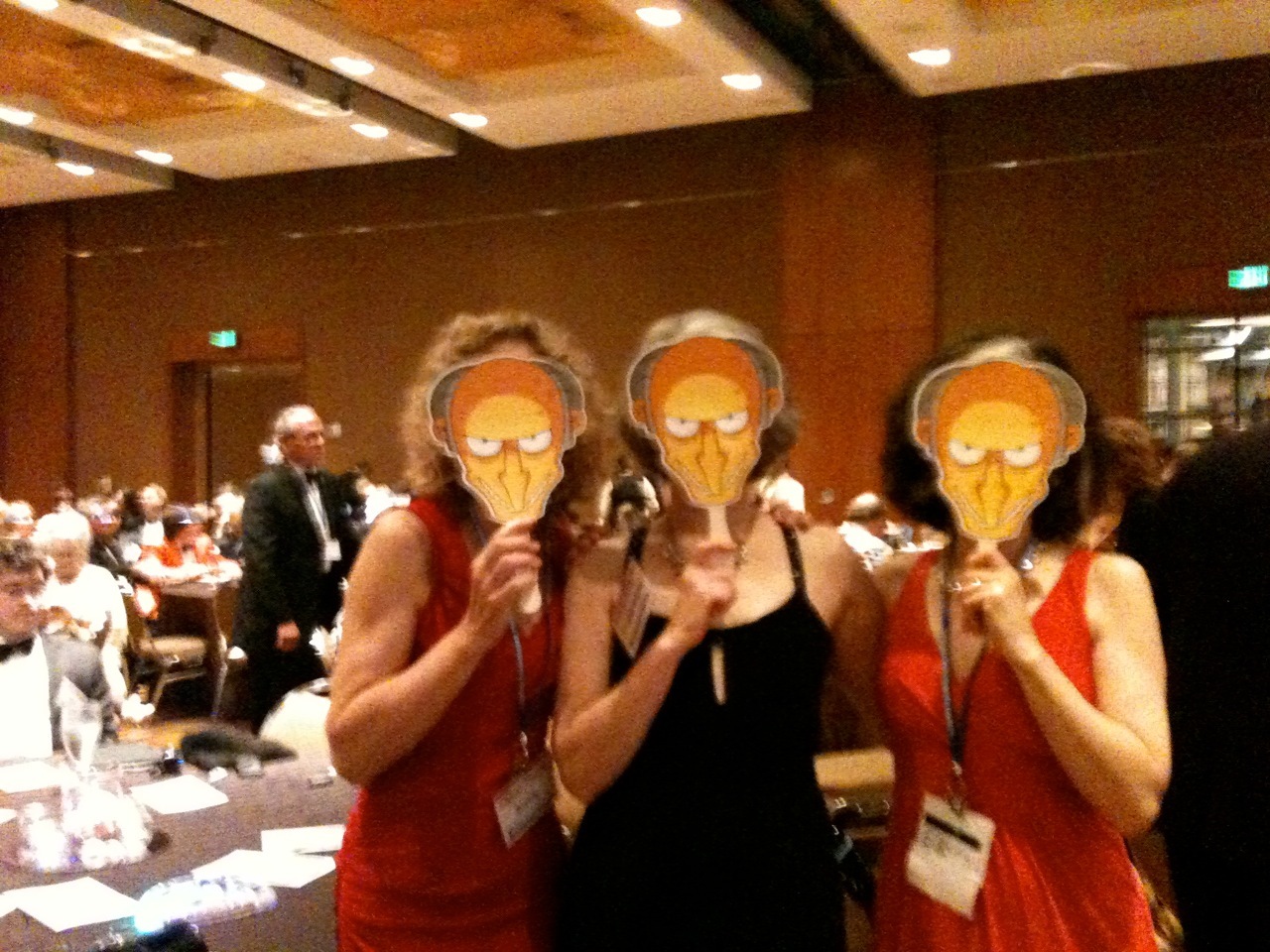 Every Memorial Day Weekend, comics luminaries from around the globe get together for the annual Reubens Weekend, a weekend of events and activities for members of the National Cartoonists Society, culminating in the prestigious Reuben Awards.
This year, King Features’ very own Isabella Bannerman of Six Chix won the award for best newspaper strip of the year.  Sadly, she was also transformed into Montgomery Burns of The Simpsons by a terrible plague that swept through the host city of San Diego this year: 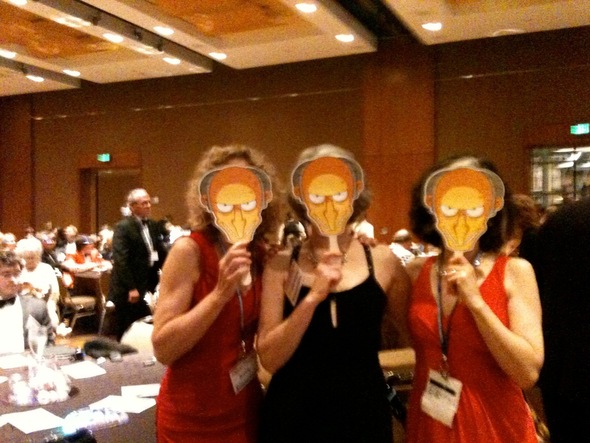 Fortunately unharmed were Terri Libenson of The Pajama Diaries, also nominated for Comic Strip of the Year, and her husband, Mike. 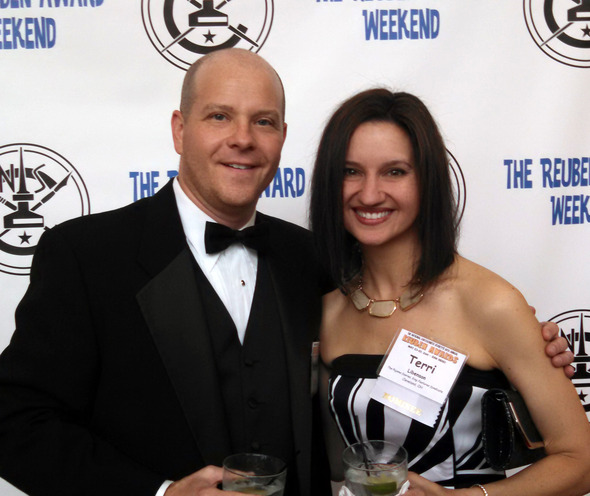 Bill Hollbrook of On The Fastrack and Safe Havens was happy to report that Dethany got to meet her personal idol, Weird Al Yankovic, who was given the ACE award, an honor awarded to an amateur cartoonist who has achieved great success in another field. 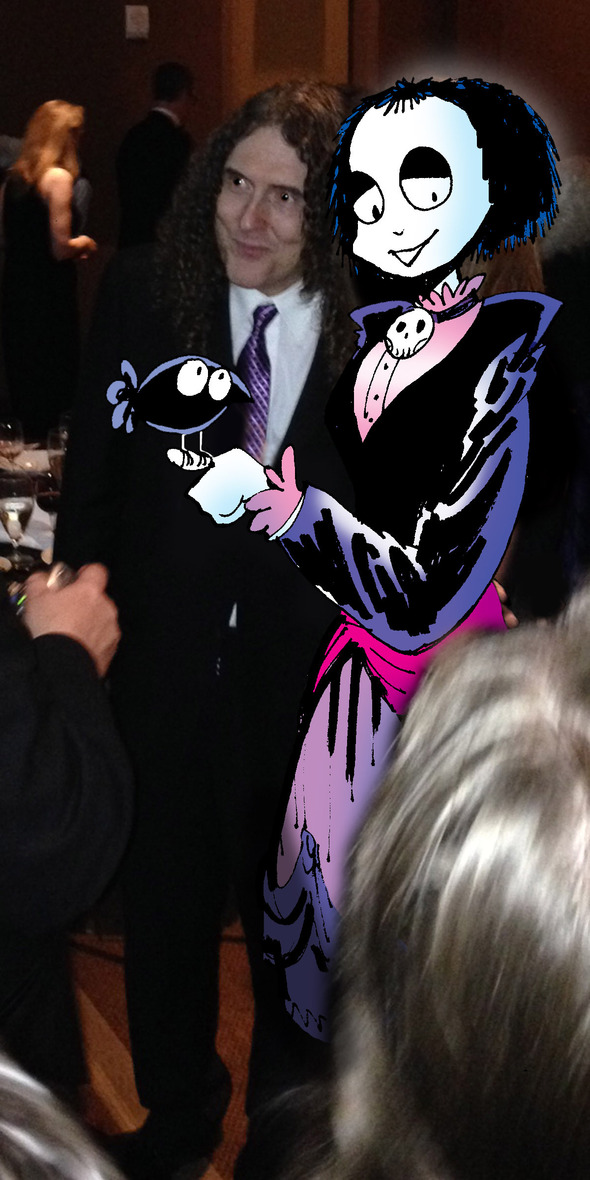 Reubens Weekend is always a busy time, so many of our cartoonists weren’t able to submit anything this week.  However, Ron Ferdinand of Dennis the Menace sent along this photo of the Ketcham Team at a previous Reubens celebration: 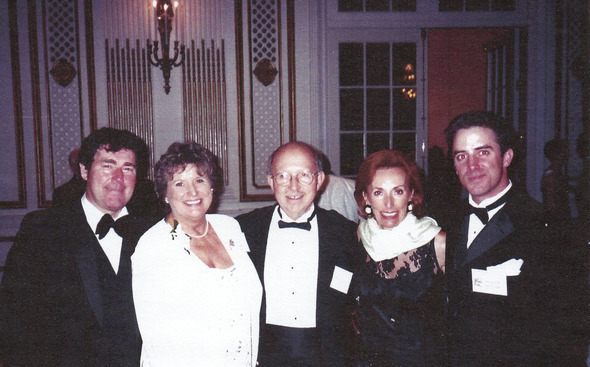 And John Rose of Barney Google and Snuffy Smith sent this lovely photo of himself and his wife, Karen, at last years’ awards. 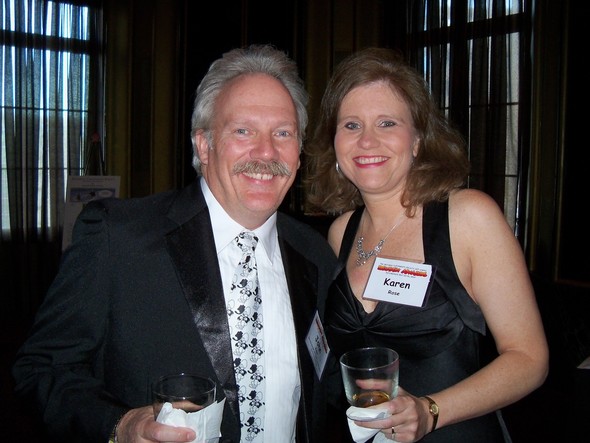 Fnally, Mort Walker of Beetle Bailey sent me this lovely memory of past Reubens:

I didn’t miss a Reubens for 50 years until the last two years because of health reasons.  I’m over 90.  Back when I was President (of the NCS), I planned the whole thing.  After that, I presented the Reuben.  Later, Charles Schulz joined me and we did it together.

In the beginning, we didn’t have a Reuben.  It was the Billy DeBeck award, a silver cigarette box with Barney Google characters etched on the lid.  Then I was on the committee to create a new award.  We saw a lamp based that Rube Goldberd had sculpted, and decided that it worked as the award and called it “The Reuben.”

Thanks, Mort, and everyone else.  I hope all those of you who attended enjoyed yourselves immensely!