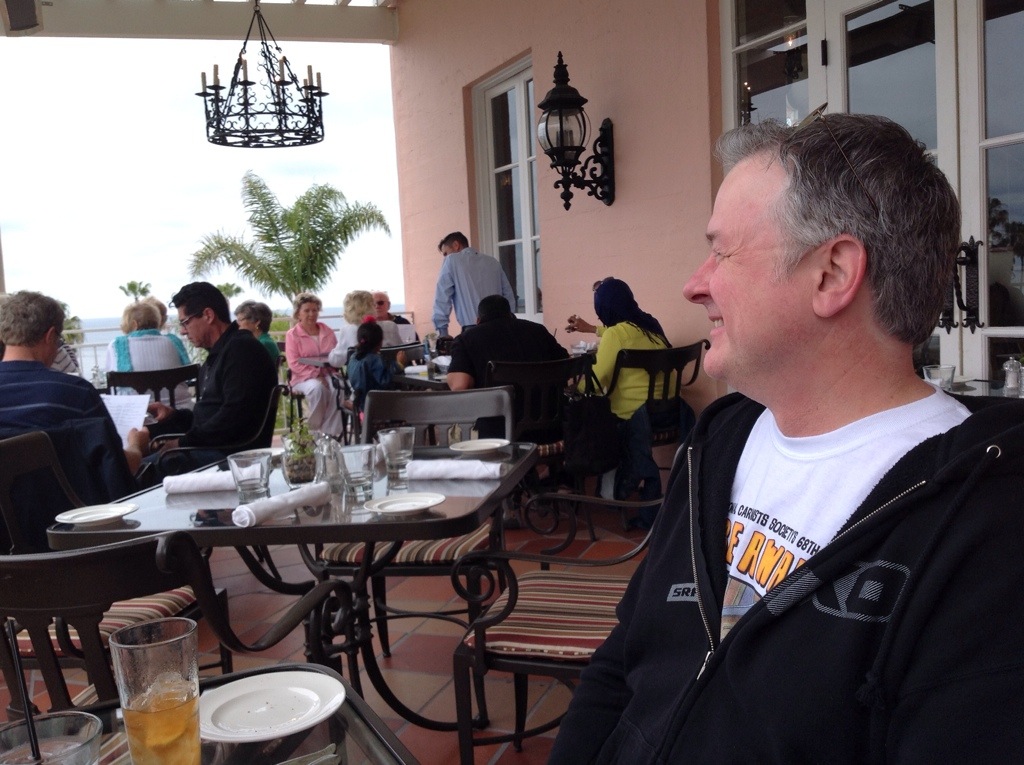 Our second day at the Reubens in San Diego got off to a blurry start after a very late night on Friday, with breakfast and the NCS business meeting.

Then Steve and I did some exploring. First over to see the famous Hotel del Coronado where we found out what two scoops of fifteen dollars-worth of ice cream tastes like. After that, we drove up to La Jolla for lunch overlooking the Pacific Ocean.

Returning to downtown San Diego with just time enough to spare for me to grapple with my bow tie. After 30 minutes or so, and finding my best knot resembled more a small, dead crow hanging from my collar than a bow, I gave up and used the clip on.

Cocktails preceded the Reuben banquet and ceremonies as usual.

Attendees were then welcomed to their tables by a short Simpsons episode which lovingly eviscerated the comics, our profession and a handful of our more well-known members.

Our emcee and host, funny man Tom Gammill performed a lavish song and dance number assuring us, “It’s not going to be a long show,” which of course, seemed to go on forever.

Also, this year, the NCS agreed it was time to once again bestow the ACE Award (Amateur Cartoonist Extraordinaire), to Weird Al Yankovich, who once entertained thoughts of becoming a MAD Magazine cartoonist in his younger days.

Congratulations to all the nominees and winners!

Lunch in La Jolla overlooking the sea… The ocean, to be Pacific… 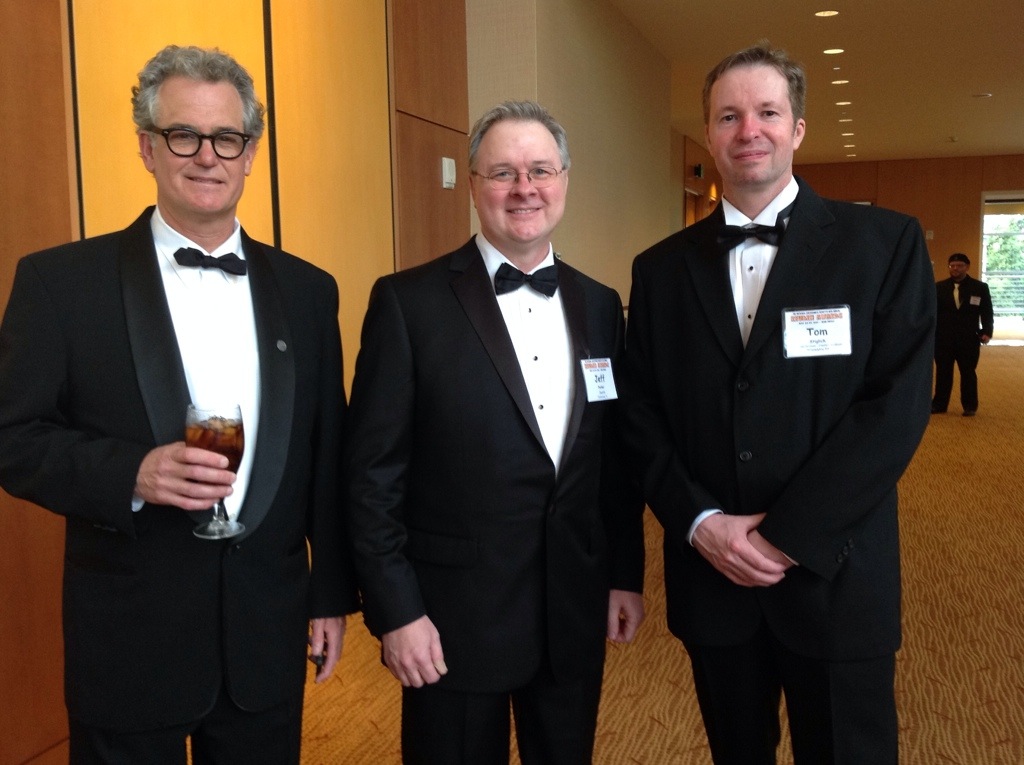 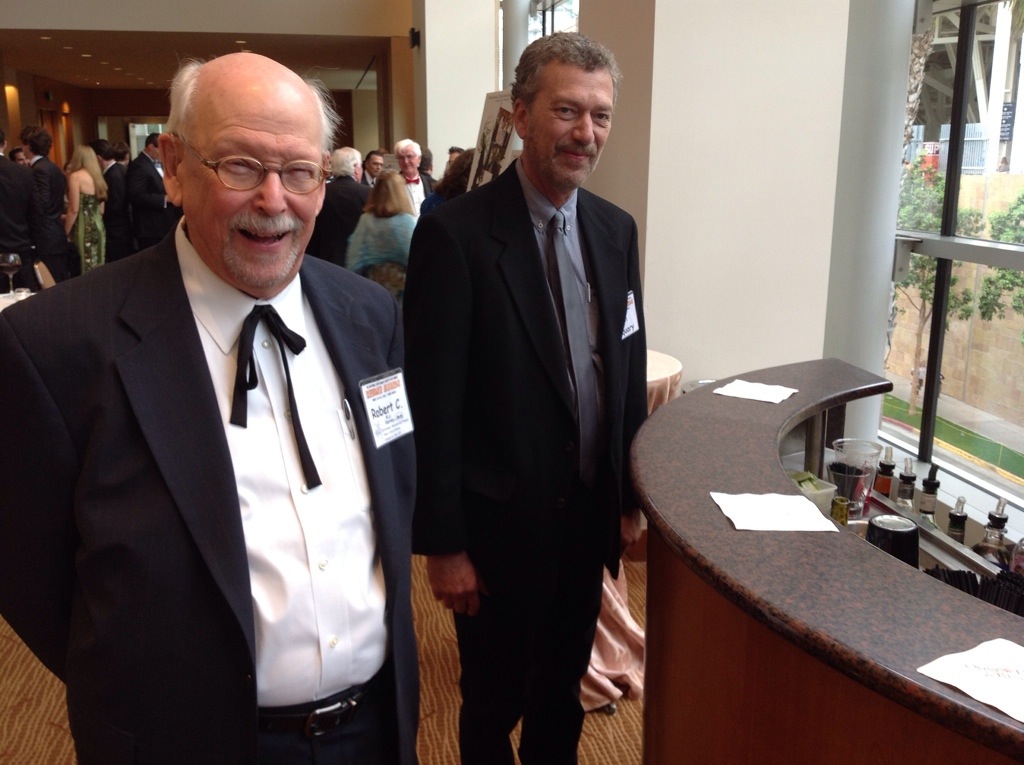 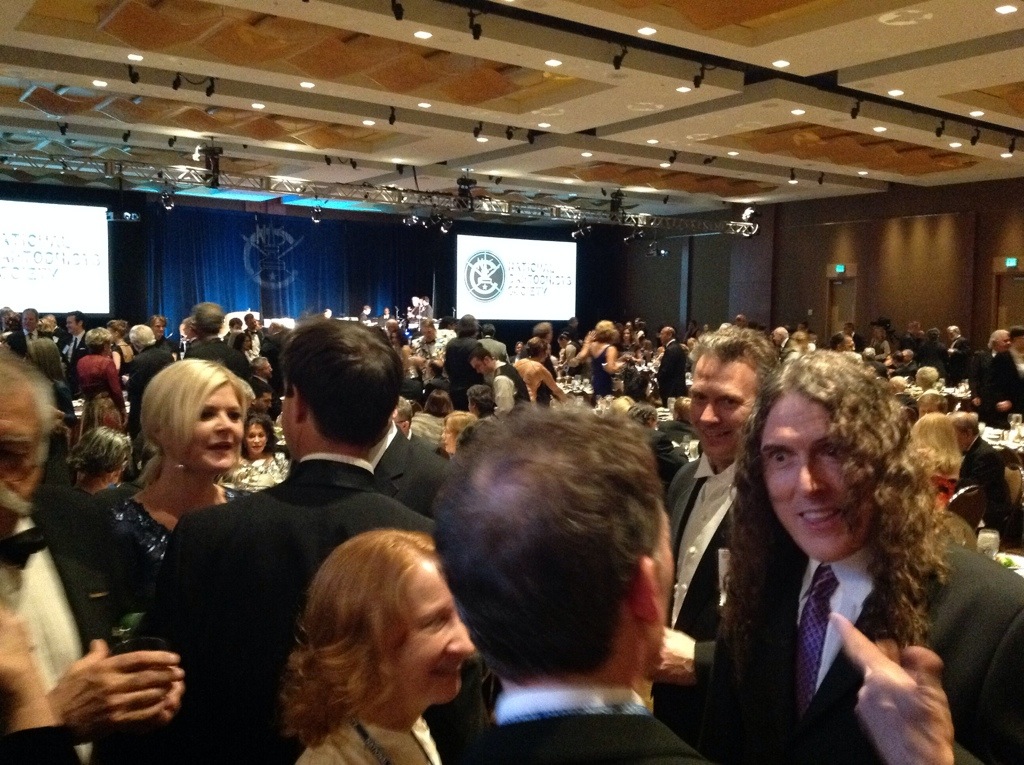 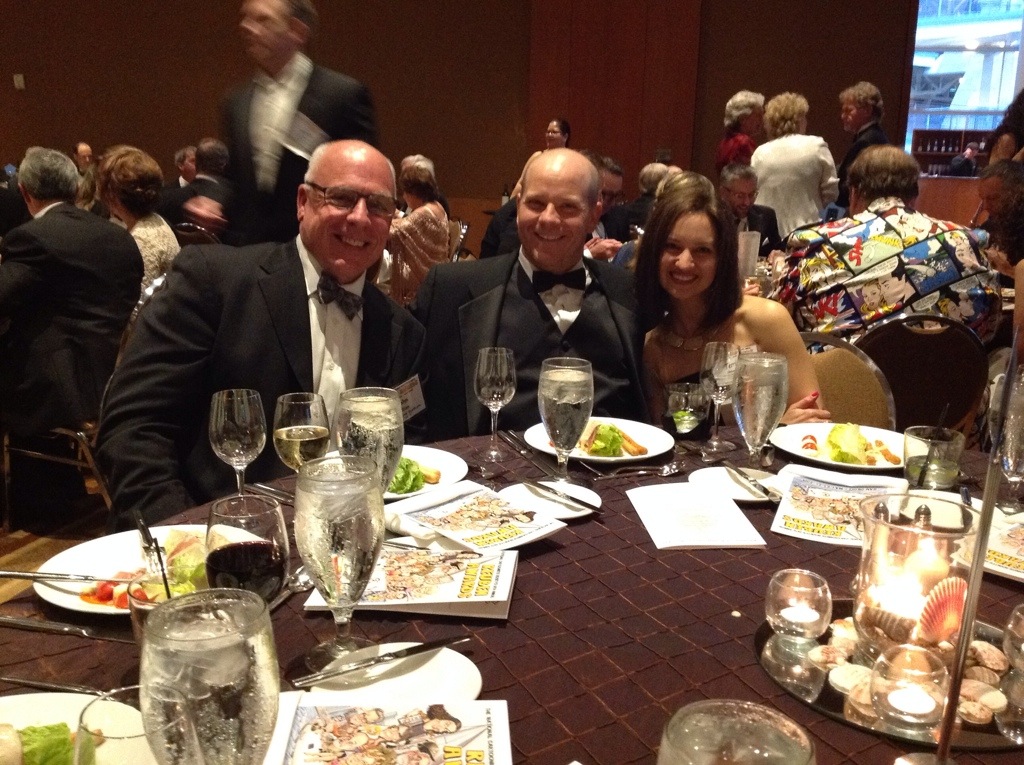 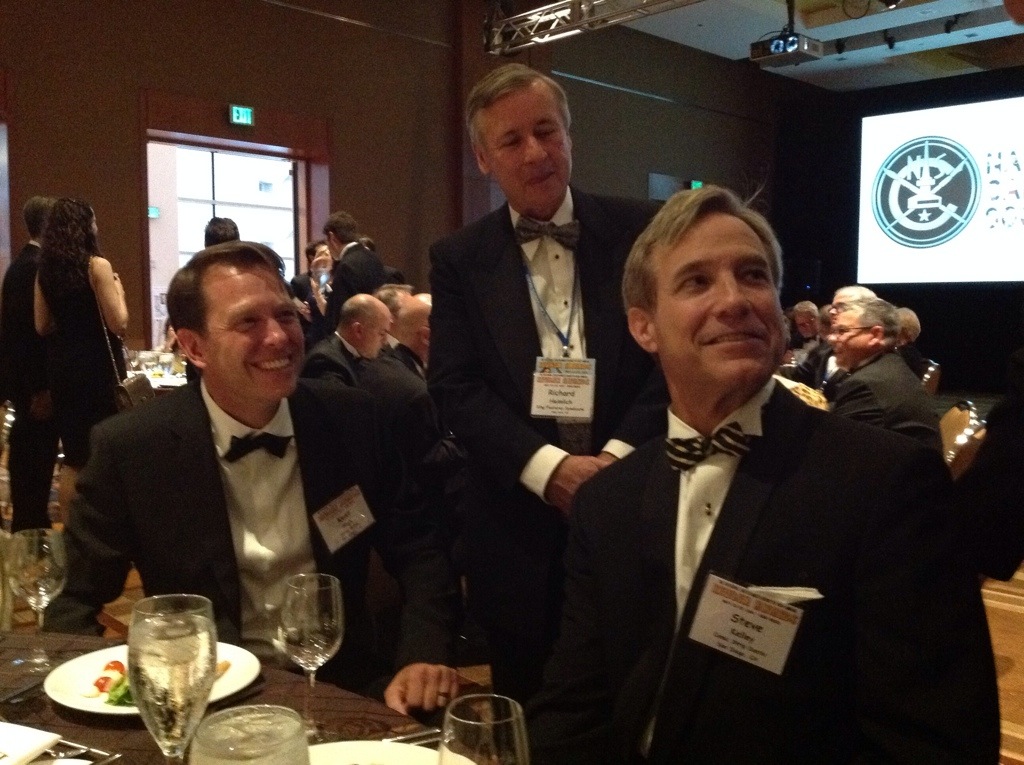 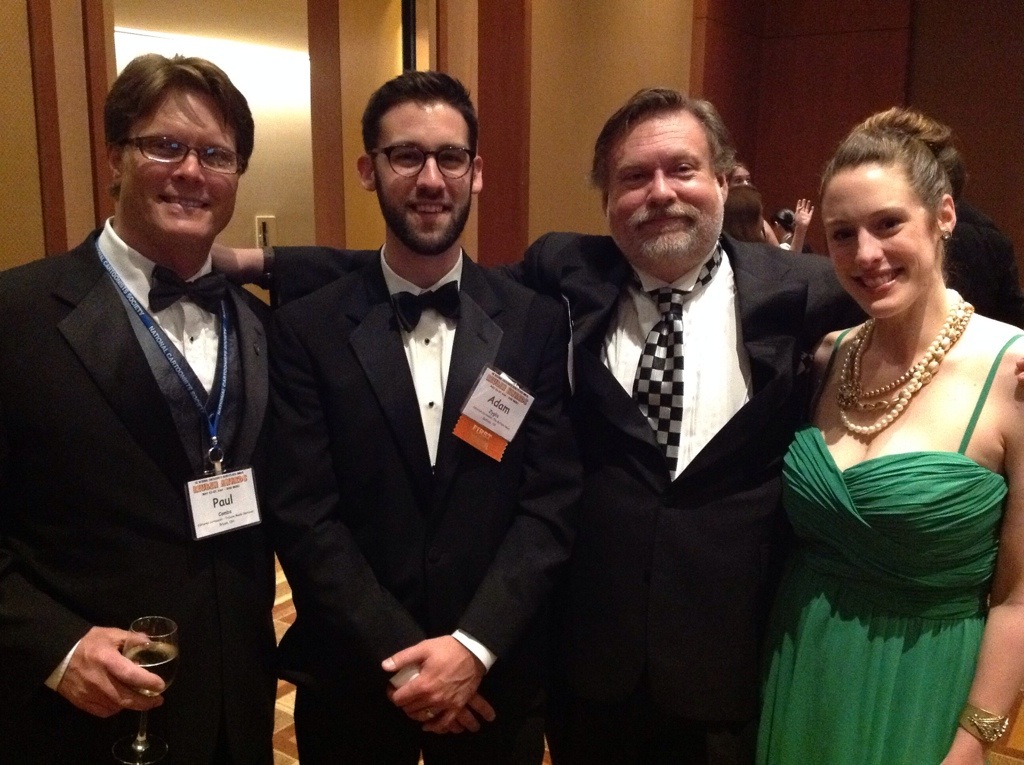 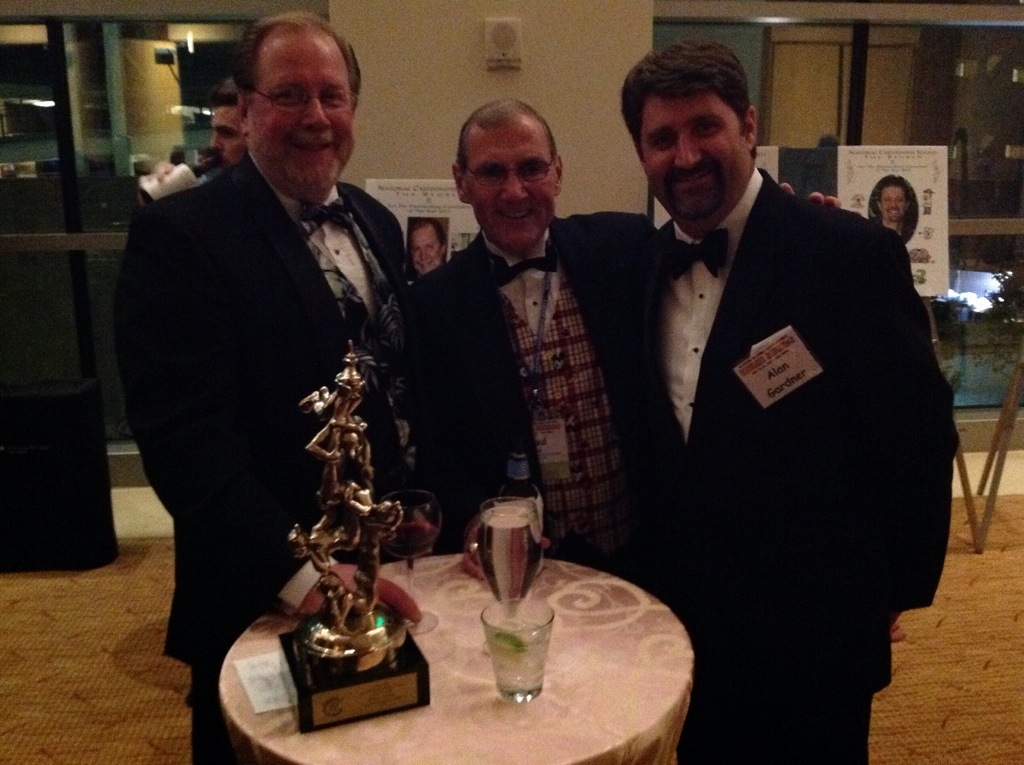