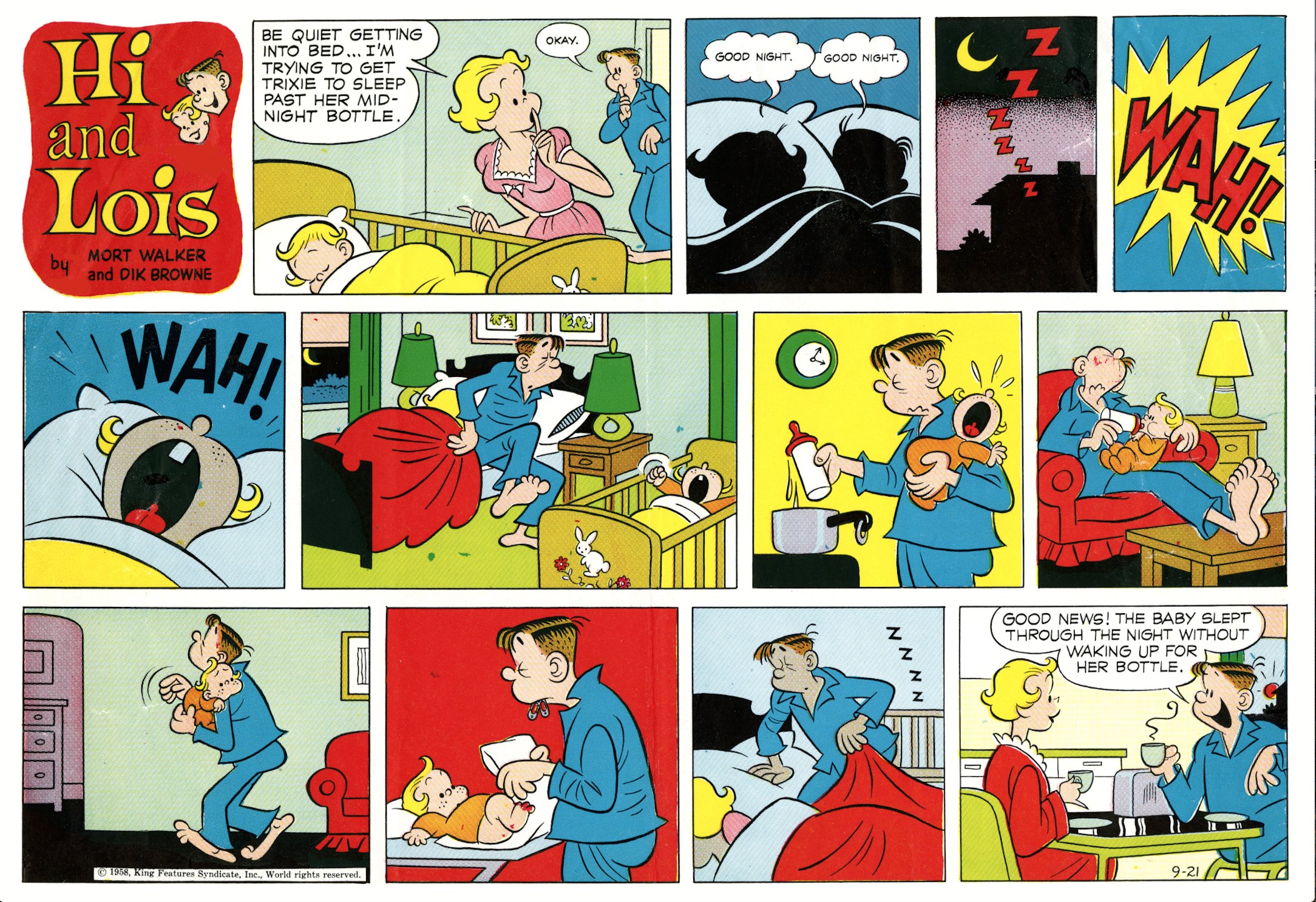 In a previous post on this web site, titled “Trixie” and dated January 29, 2013, I chronicled how Mort Walker came up with the idea of sharing Trixie’s thoughts with readers.  Curious about how this concept was introduced, I decided to go back in the archives to document the transition.

“During the early years of the strip,” I wrote in the post, “Trixie didn’t have much to say – only an occasional whimper or cry for help.”

Here is a Sunday page from September 21, 1958 that shows how Trixie expressed herself four years into the run of the strip.  In a few weeks her ability to communicate would change dramatically.

“In the late 1950s, Mort came up with the idea of permitting readers to view Trixie’s thoughts,” I continued.  “It was a stroke of genius.”

Mort introduced this new concept in a series of daily strips that ran on four consecutive Mondays in November 1958.  Here are those episodes reprinted in sequence for the first time.

From this point on, her new character trait became a permanent fixture in the strip.  Trixie, the thinking baby, launched the feature to a new level of success.  Although she looks slightly different today, the youngest member of the Flagston clan is still providing a running commentary on family life and human behavior.