Ask the Archivist: Fast Track to the “Fastrack”

What’s a “Fastrack”? Is that even a word?  It is if it refers to the name of a company seen in a King Features’ strip now in its thirtieth year. “On The Fastrack” debuted 19 March 1984. It is the brainchild of Bill Holbrook, author of several strips, including our own Safe Havens.

Fastrack, Inc. was unlike the office environment in the strips of the past. For one thing, the big boss was a woman named Rose Trellis. She could be as demanding and worse than any male CEO could be. The Office itself was an early one to depict the revolution in basic business equipment, from file cabinets and typewriters to computers. And, computer nerd to go with them.

The lead at the beginning was Bob Shirt, a Yuppie trying to work his way up the corporate ladder while dealing with co-workers like lazy, less-than-tech savvy Art Welding and Bud Spore, the then teen-aged computer whiz and easily agitated supervisor. Also, Bob had romantic adventures with Melody Acapella, a single mother of a precocious little girl named Laurel. 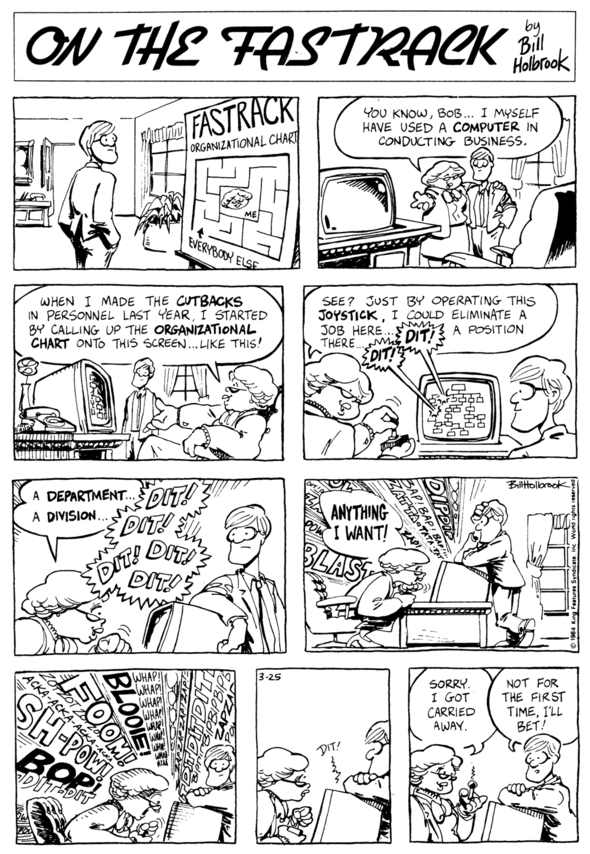 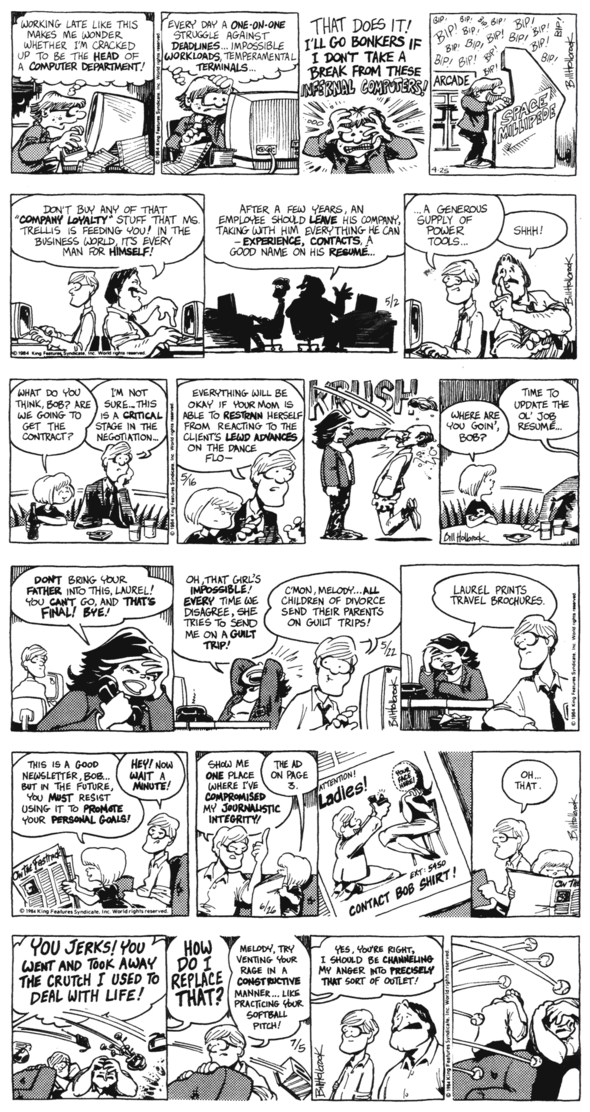 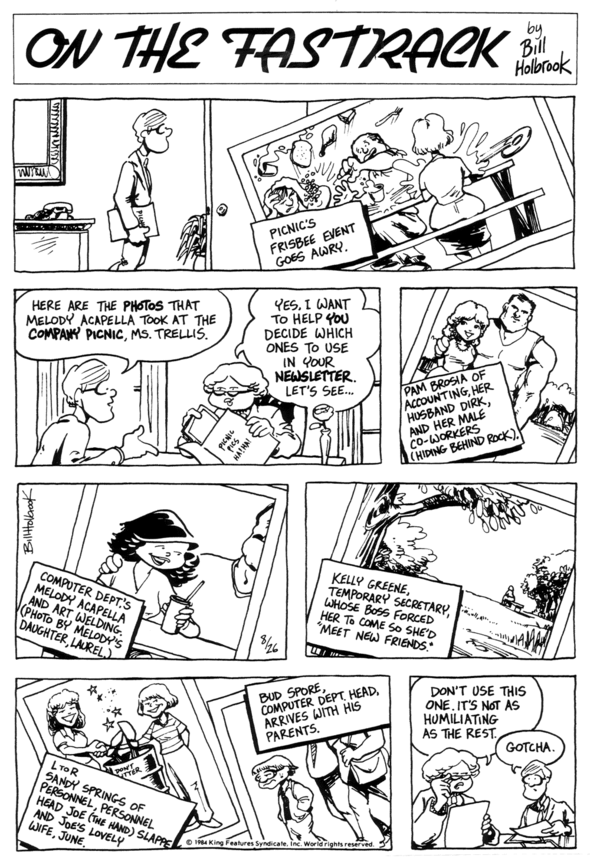 SOME STRIPS FROM THE FIRST YEAR OF ON THE FASTRACK

Bob is still in the strip, though not seen as often. In 30 years, many other characters have come into the story. Check out the current ones here at Comics Kingdom.

Another Phantom film? If they do another, I guess Billy Zane can play The Phantom’s father.

Beetle has never been in any combat. He and his whole cast are forever doing nothing but training at Camp Swampy.  General Halftrack at one point, a long time ago, was described as a veteran of World War One, which now would be impossible, as they’ve all gone to glory, and Sergeant Snorkel fought in World War Two. But, Beetle has managed to dodge any fighting (outside of brawls with Snorkel) from Korea to Iraq.

He’s always been popular, especially with military audiences. There are those humorless individuals who bother editors with charges of “warmonger” just for running anything, even a comicstrip, with a uniform in it. In your Archivist’s younger days, there were a number of draft-age boys that developed an aversion to all things military, and did in fact talk seriously of banning such things as “Beetle Bailey” because it “glorifies war!”  Overall, it has high marks from international audiences, especially in European countries where a stint in military service is held in high honor.